London has a new public work of art.  A Winged Bull made of recycled date syrup tins.  He stands proudly on the Fourth Plinth, Trafalgar Square, just outside the National Gallery. 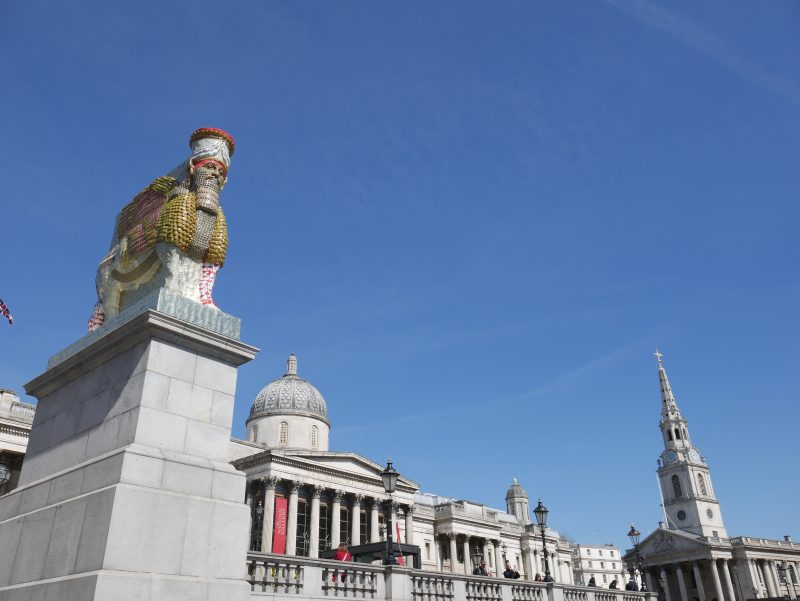 Michael Rakowitz recreated the Lamassu, as the winged bull is known in its native Ninevah, as part of a project to recreate all 7,000 works of art that have been lost or destroyed in Iraq since 2003.  The stone original stood at the Nergal Gate in Ninevah from around 700BC until 2006 when it was destroyed by Daesh.  This date syrup can version is entitled ‘The Invisible Enemy Should Not Exist’.  The recycled date syrup tins represent the many date palms that have also been destroyed and were an important source of income for the area. 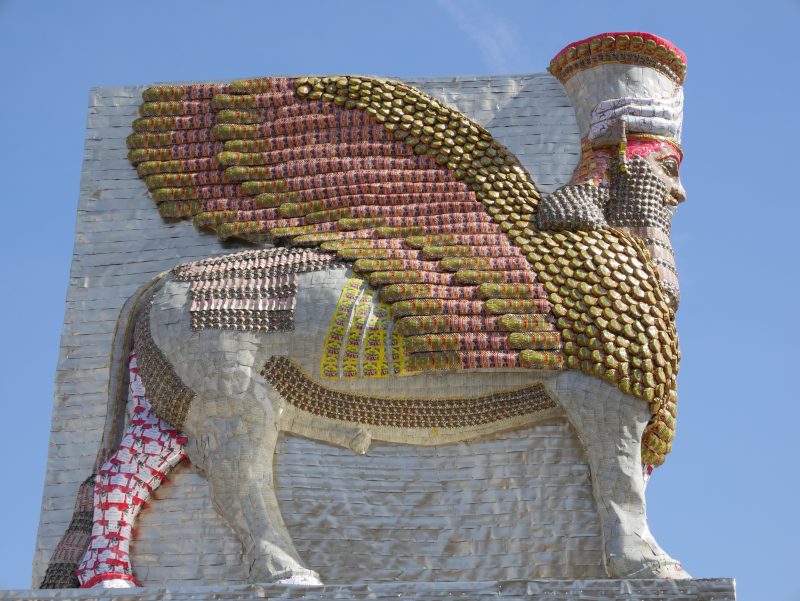 So what is a winged bull made from date syrup tins doing in Trafalgar Square?  Just below Nelson.   Everyone knows who Nelson is; Norfolk boy, heroic Admiral, victor at the Battle of Trafalgar.  He stands proudly on his column in the middle of Trafalgar Square.  Surrounding him are four plinths.  Three of them are surmounted by bronze statues of men.  Who are they?  I don’t know.  The fourth plinth was destined to be home to an equestrian statue of William IV but sufficient funds were never raised and it remained empty for 150 years. 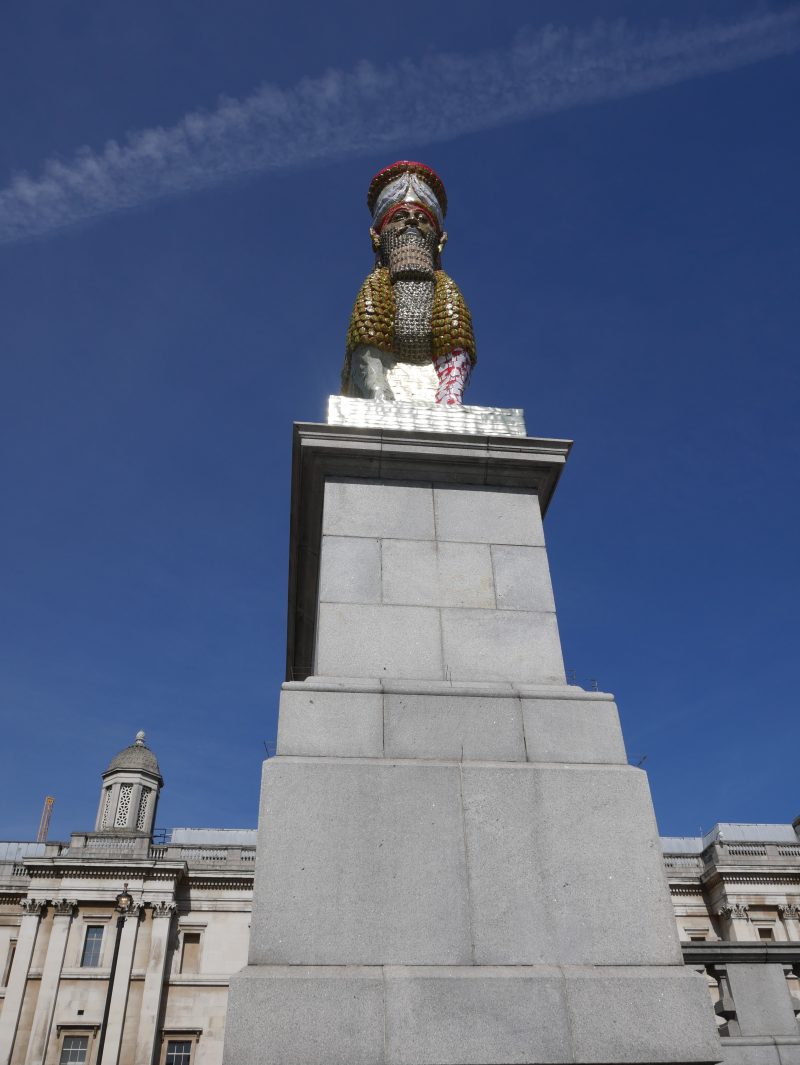 Fast forward to 1999 Mark Wallinger’s life size statue of Jesus Ecce Homo took up residence.  A debate then ensued about what should permanently live on the plinth.  It was decided that nothing would stay there forever, rather that new works of art would take turns atop the plinth.  The Invisible Enemy Should Not Exist was chosen by public vote: you can read my post about Fourth Plinth: You Choose here.

What do you think?  Have you seen the date can winged bull yet?