I love dogs, but we don’t own a dog.  We have a rather lovely cat called Happy, who would be unhappy if we got a dog.  Thankfully I have friends who have dogs and they invite me to join them on their doggy rambles.  Which is how I came to be on a Devil’s Punch Bowl dog walk.  Walking along the A3, well sort of. Before 2011 the A3 narrowed down to a single carriage way and snaked its way along the rim of the Devil’s Punch Bowl, this led to loooong tailbacks, then a tunnel was dug leaving cars free to whoosh on past to Portsmouth.  Once the Hindhead tunnel was open the old road was dug up, six years down the line it is hard to believe that this used to be the main Portsmouth – London road. 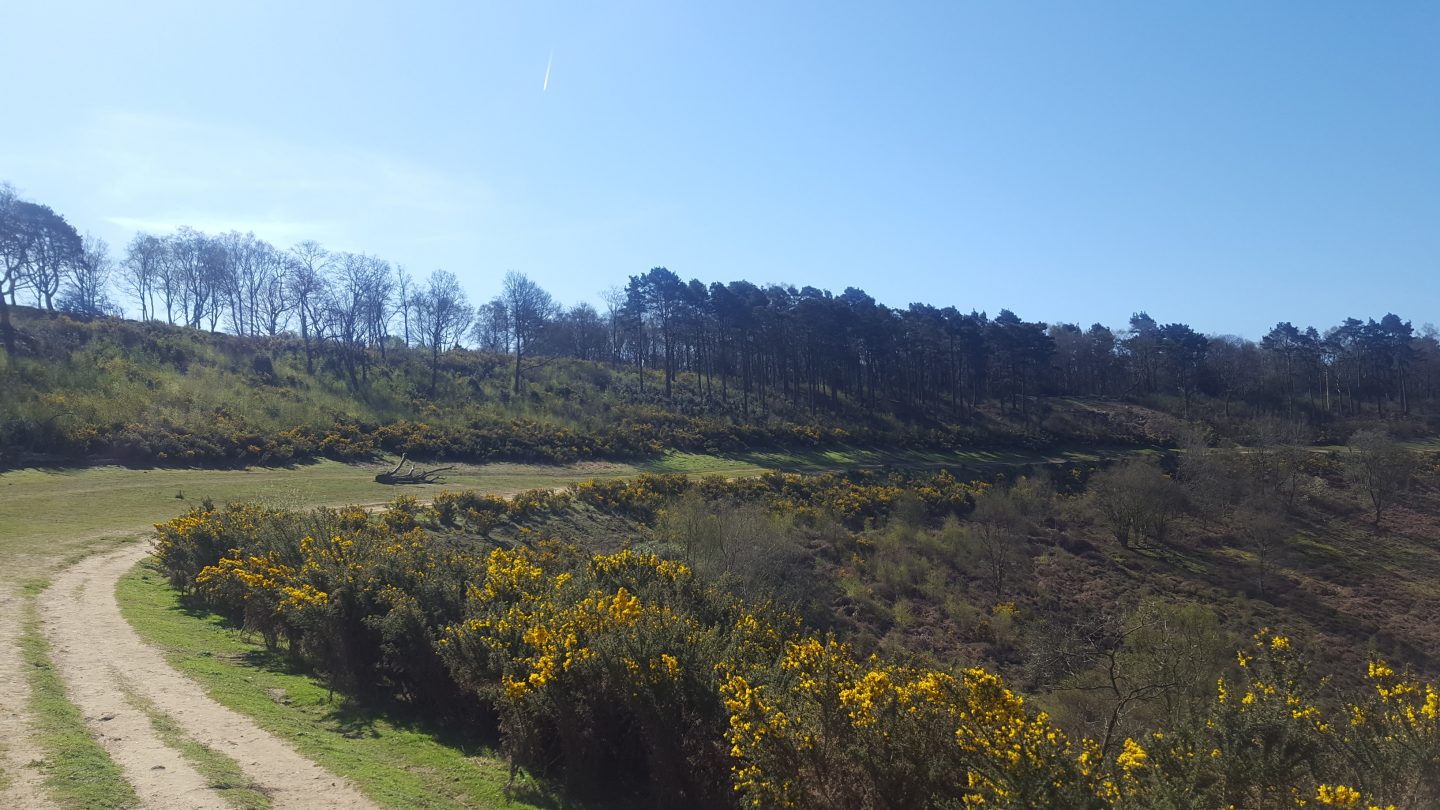 You don’t have to have a dog to walk here but we would have been the only people sat outside the National Trust Devil’s Punch Bowl cafe without one.  The National Trust have waymarked six walks over Hindhead Commons and the Devil’s Punch Bowl ranging from a short stroll to a six mile hike up and down some pretty steep slopes.  We set off following the Hidden Hindhead Trail, but chatted too much missed the signs and lost the trail.  No matter we found our way back with time for a coffee and had so great views over the Punch Bowl itself. 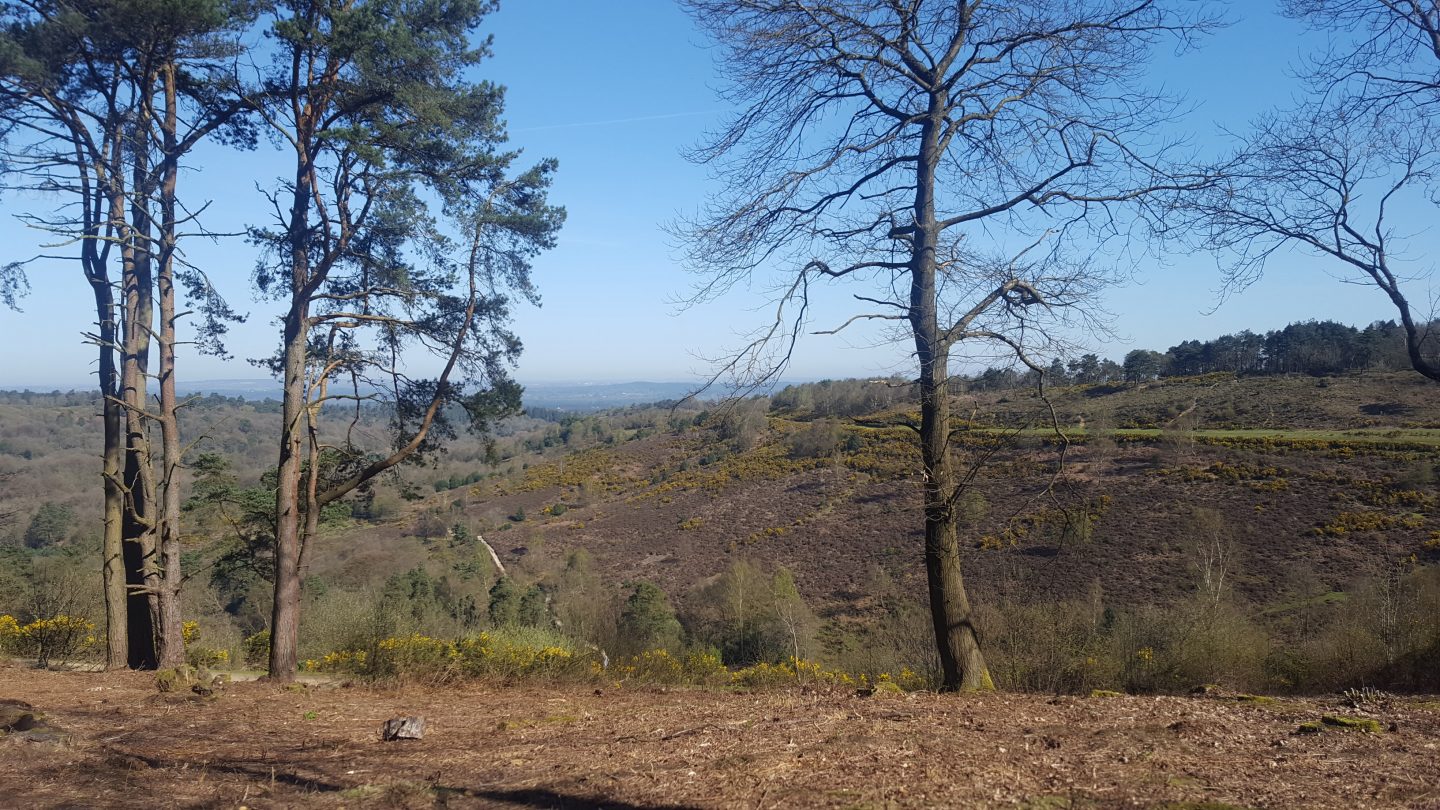 HOW DID THE DEVIL’S PUNCH BOWL GET ITS NAME?

Good question and one to which there are several answers.  One version has it that the Devil was angry that so many churches were being built in Sussex so he set about building a channel to the sea that would flood the area, his handy work is now known as Devil’s Dyke behind Brighton.  When he got the village of Poynings he was disturbed by a cock crowing and assuming that dawn was about to break he leapt into Surrey and created the Devil’s Punch Bowl.  Or if you would prefer the Devil liked to hurl lumps of earth at the god Thor (the nearby village of Thursday means Thor’s Place); the Punch Bowl is the indentation left when Devil scooped out a handful of earth.  Another tale doesn’t involve the Devil but a pair of battling giants.  One giant scooped up a fistful of earth to chuck at the other creating the Punch Bowl and hurled it at the other, he missed and the land became the Isle of Wight.

HOW DO GEOLOGISTS THINK THAT THE DEVIL’S PUNCH BOWL WAS MADE?

Modern Geologists have an all together more rational explanation. The geology of the Surrey Sussex border is one of sandstone standing on top of a clay layer, it is probable that underground springs led to the erosion of the bowl shaped depression. 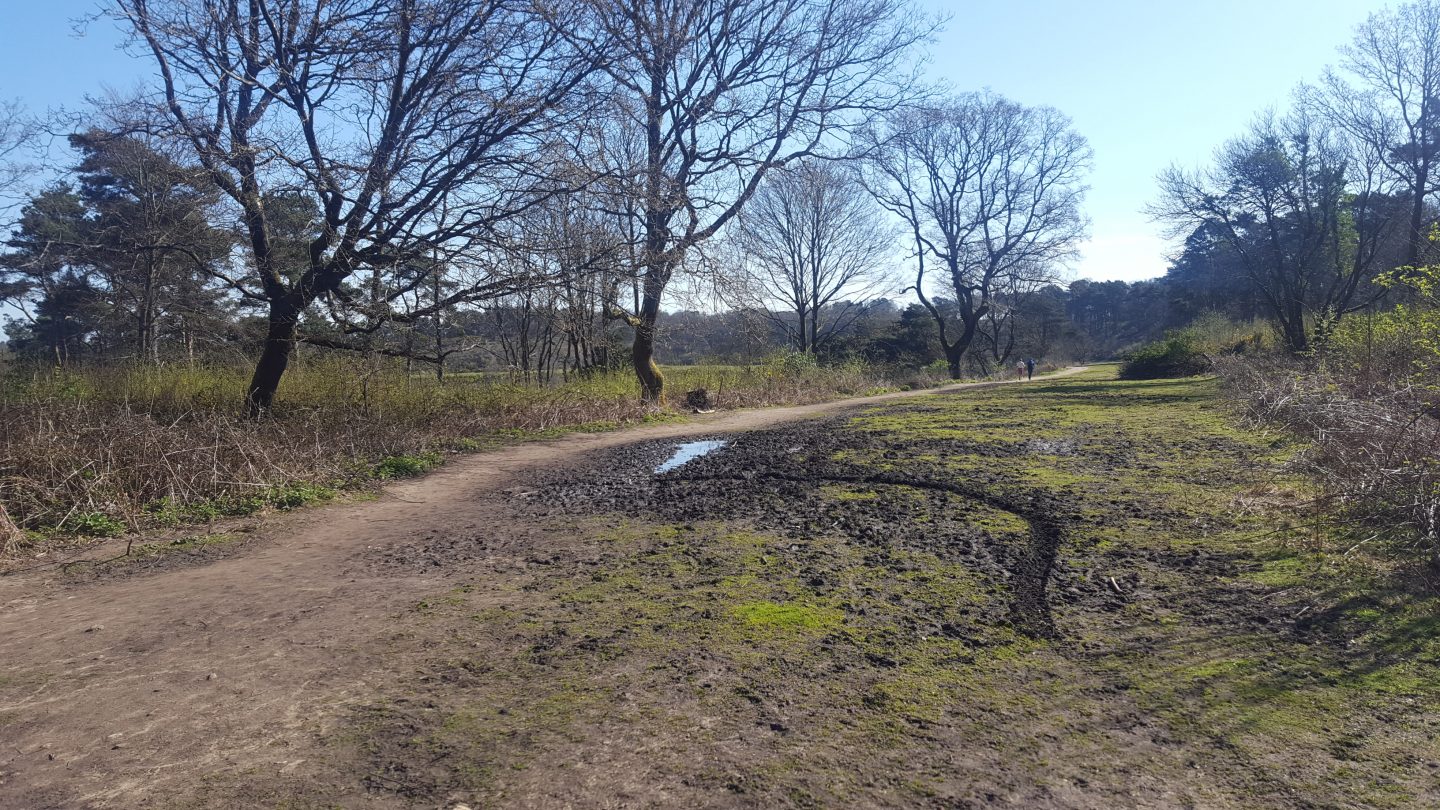 Did you get out and about in the sunshine this week?