Food and Street Art are among the things I enjoy most, so when Eating London Tours asked me if I would like to join them their Brick Lane  food tour YES was the only possible answer. Poppadum’s and pickles are the time honoured way to start a meal of curry.  That’s the way the tour starts in the area’s oldest Bangladeshi restaurant.  Nazrul opened in 1979 as the civil war in Bangladesh caused many people to head for the safety of Brick Lane. 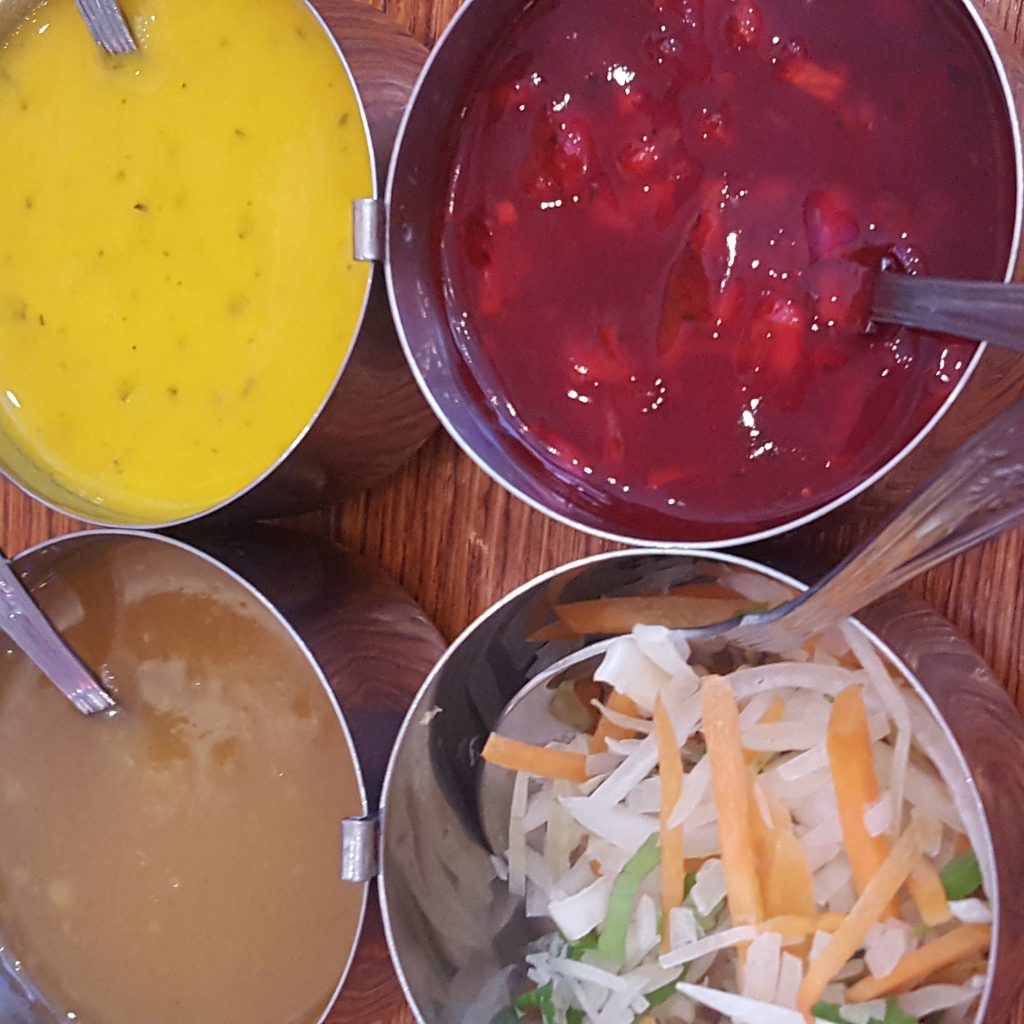 Cobra beer is one of the other things associated with a curry and we sipped some whilst we listened to history of Brick Lane.  I confess that I had always assumed that it was an Indian brand but turns out I’m wrong.  Karam Bilmoura came up with the idea for Cobra whilst living in Fulham.  He wanted a lager that was less gassy to enable him to eat more food.  Launching a new beer was not easy in the recession struck 1990’s and so he struck on the idea of trying to crack the niche market of curry houses. 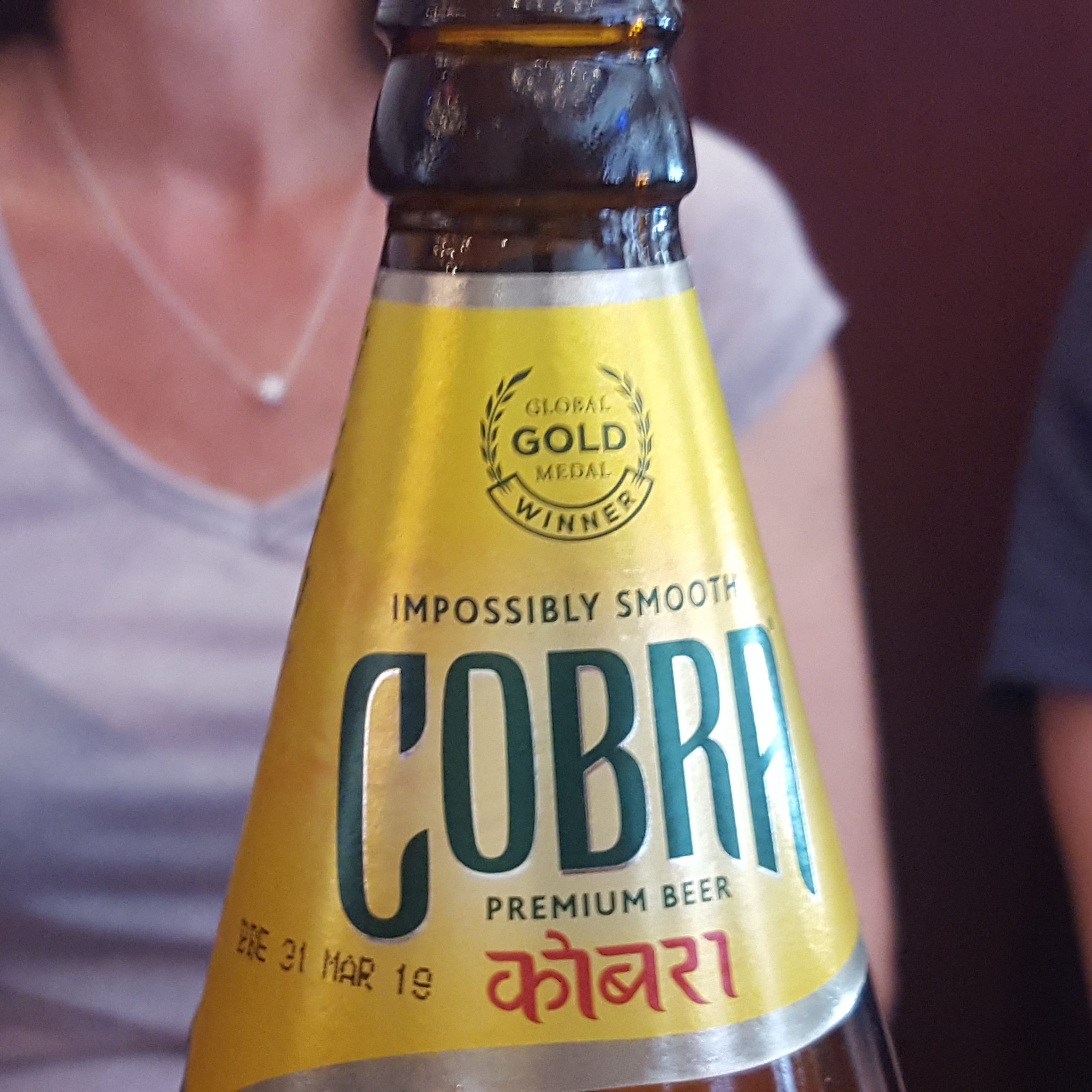 As we walked along Brick Lane we learnt that the area has long been associated with migrant populations.  First of all the Huguenots came in flight from France, they were followed by the Jews in flight from Germany and most recently Bangladeshi people came fleeing civil war.  Brick Lane became the centre of what is now known as Bangla town and it is famous for its many food outlets.  Next stop on our journey was Taj Stores which opened for business in 1936.  Think of spice and you will be able to find it here, along with many exotic vegetables and unfamiliar river fish.  Fresh supplies are flown in every day from Bangladesh. 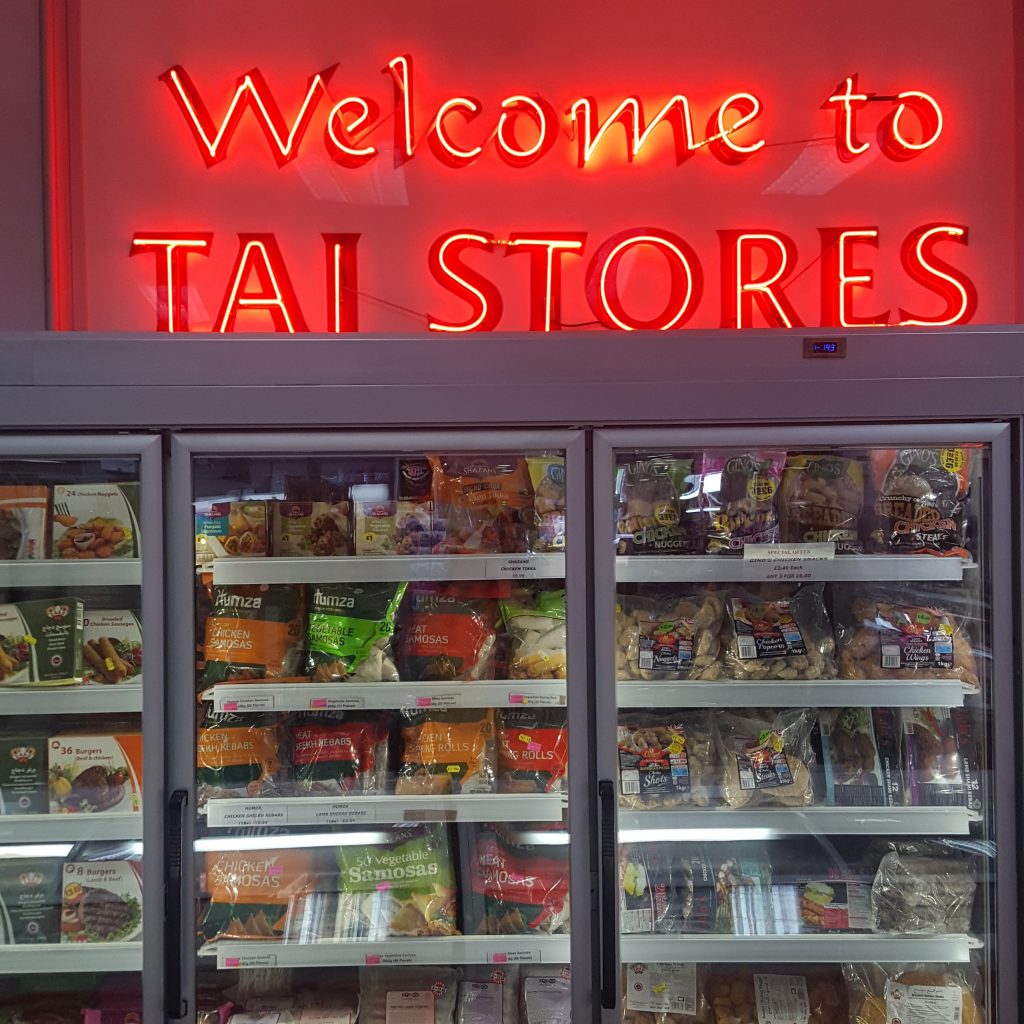 I have often walked down Brick Lane and seen the shops selling a wide array of savoury snacks but have felt intimidated by the choice.  We were led into Arzu, which confusingly promised to be a sweet shop outside.  On display were all manner of tempting morsels which we were told are known as Telebhaja.  These are traditionally sold to be eaten immediately, so that’s what we did.  My Lamb Samosa was among the best things I have ever eaten. 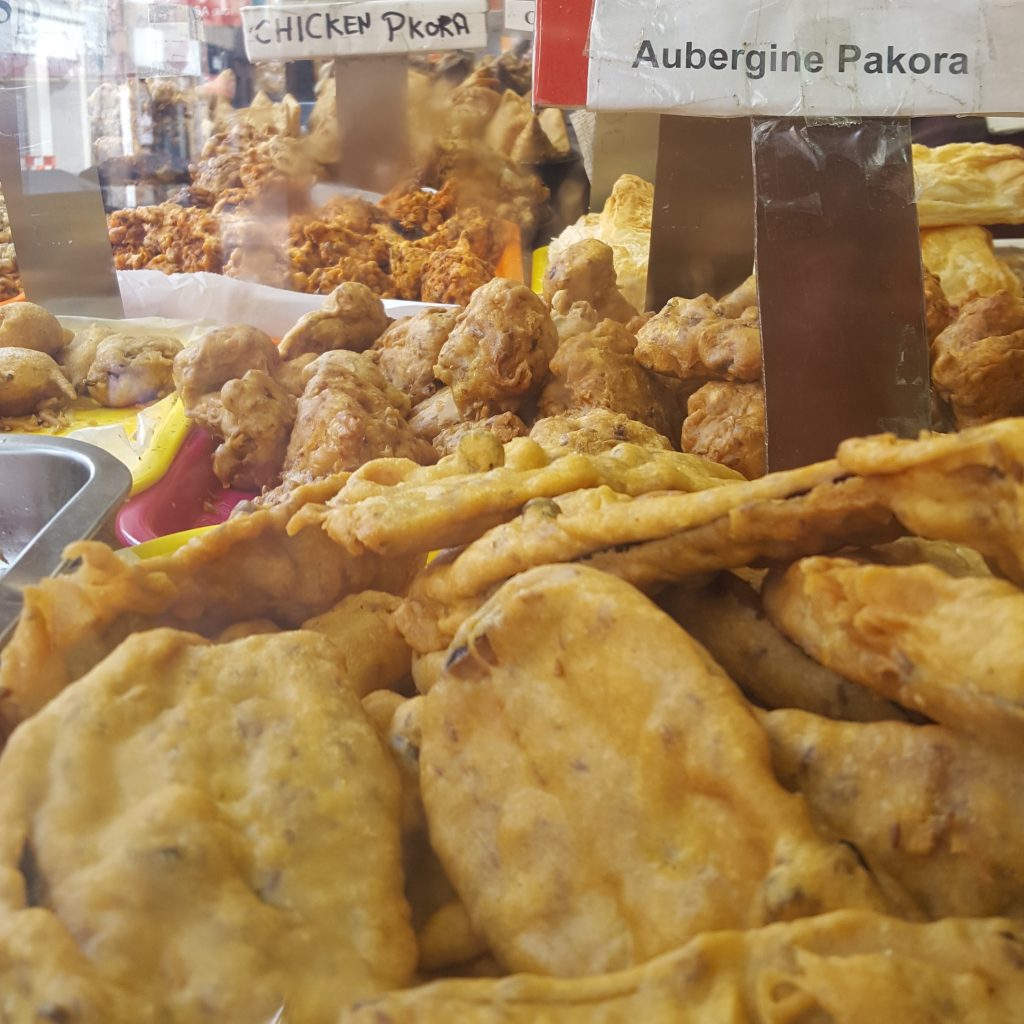 Chicken Tikka Masala, Prawn Bhuna and Lamb Saag are among the dishes that you expect to see on a curry house menu.  These are not what most Bengalis eat at home where river fish is the order of the day.  Next stop on tour was Gram Bangla which was started by Addul Shadid who missed his mother’s cooking and reckoned that he couldn’t be the only one.  Here the thing to do is to head to back of the restaurant, past the open kitchen to wash your hands for here the way to eat is with your hands (cutlery is available).  We ate a curry of Keski, which are teeny tiny fish and Chitol or fishballs, washed down by mago Lassi.  This was curry as I have never tasted before and I am plotting my return. 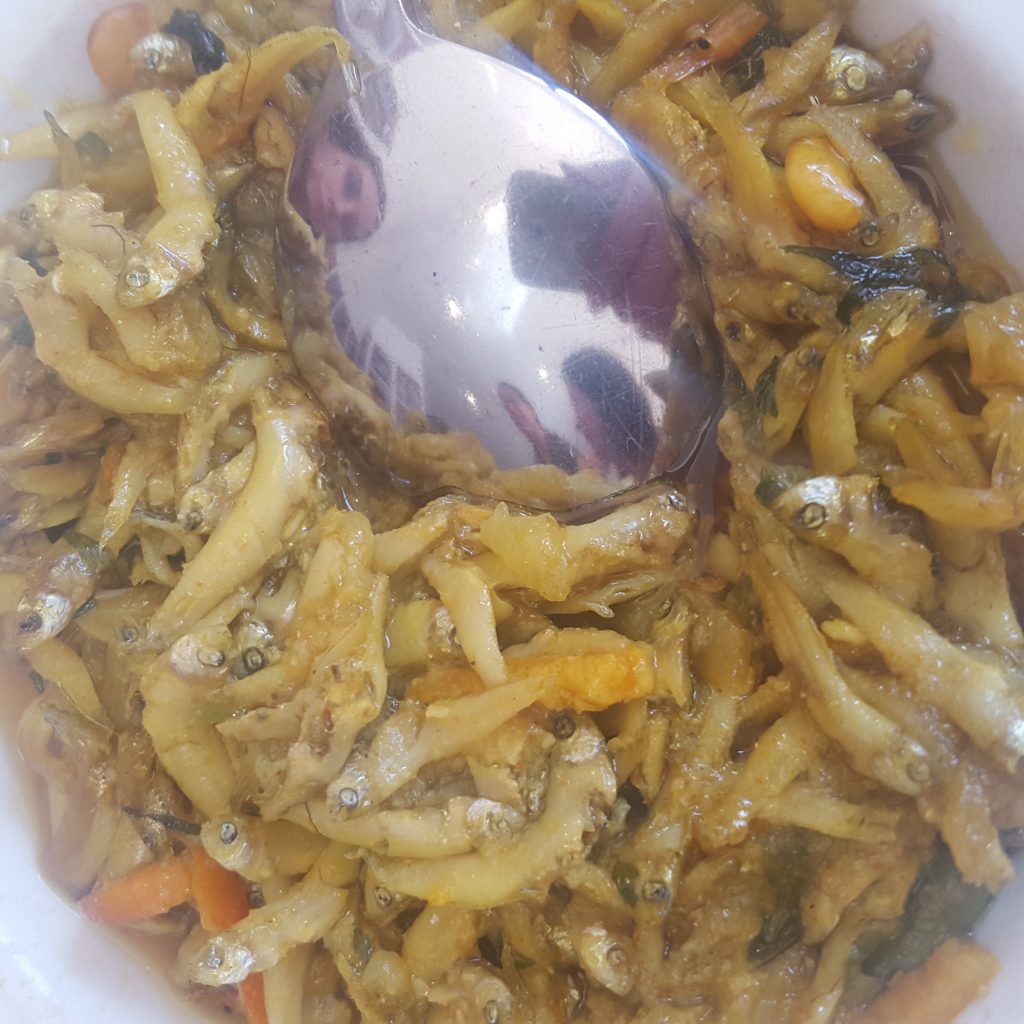 Now our guide led us away from Brick Lane and over the Whitechapel Road to Tayyabs.  In the evenings, especially at weekends, you are advised to book as long queues form outside.  Tayyabs opened in 1972 as a tiny café, over the years its reputation has grown and it has expanded into next door pub.  Here the menu was more familiar but the food was so good, especially the breads, I can see why folk will queue for at least an hour to get in. 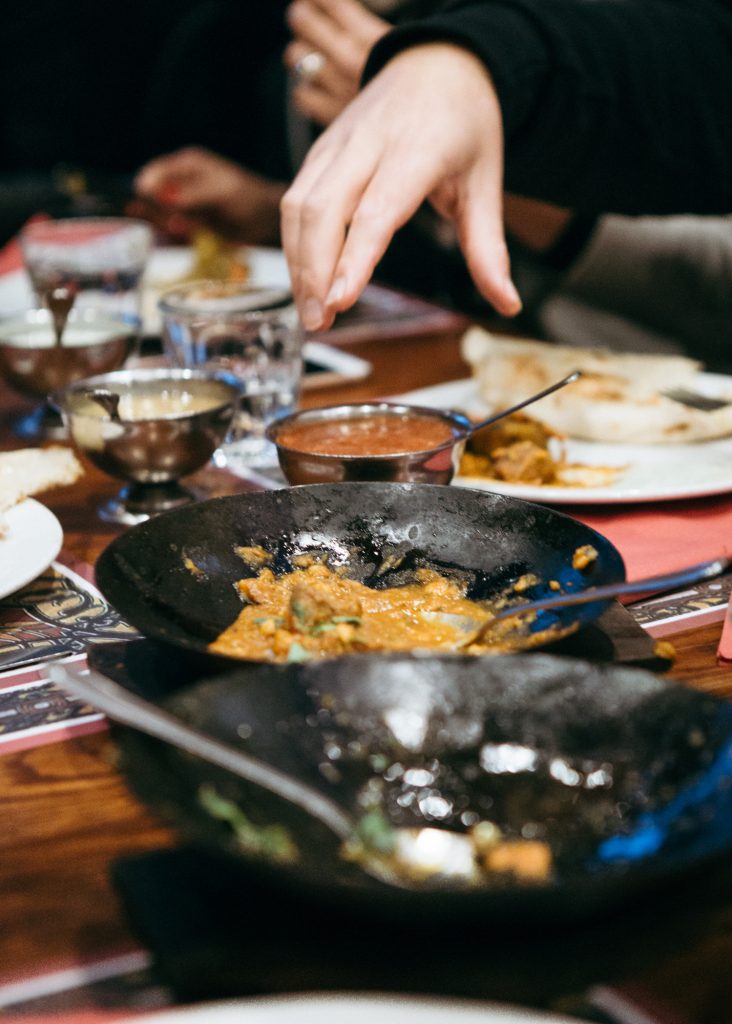 No meal is complete without pudding.  We had actually chosen ours earlier from Rajmahal Sweets on Brick Lane.  Sugar, milk (sometimes condensed milk) and flour are the main ingredients of Indian sweets.  We selected from a long counter filled with sweets in all colours and varying degrees of sweetness, from sweet to so sweet your teeth hurt.  My selection was at the very sweet end of the spectrum and was lovely. 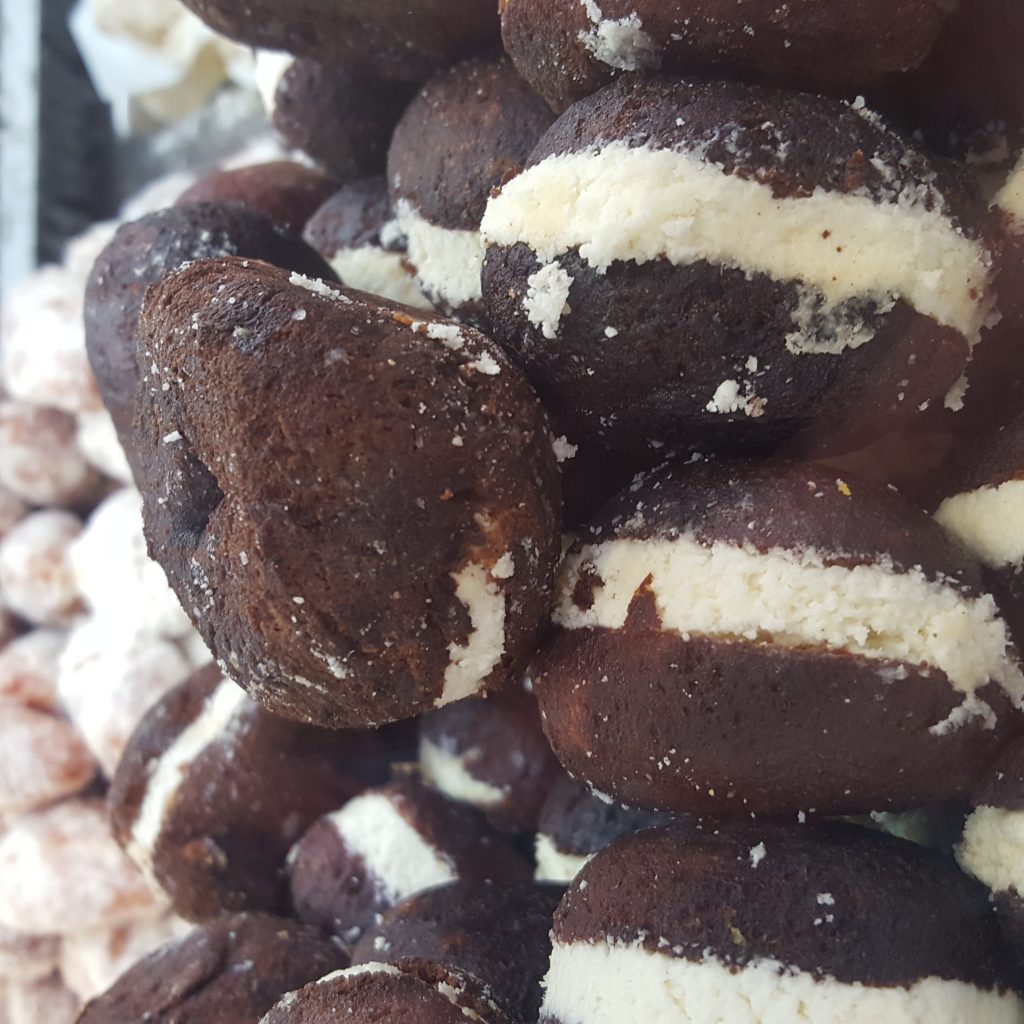 I have been to Brick Lane many times in the years that I have lived in London and even on occasion eaten curry there.  Going on the Brick Lane food tour has opened my eyes to the sheer variety and quality of food on offer, next time I visit I will ensure that my visit coincides with a meal time.

brick lane food tour – flavours of india and beyond

Cost £46  for an adult, concessions are available.  Book via London Food Tour website.  The tour runs Monday – Sunday at 2.30.

DISCLAIMER: I was given my place on the tour for free in return for an honest review. 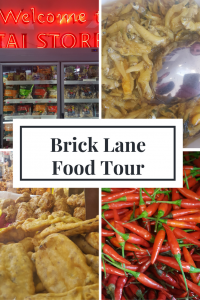