Only two hours?  Well, we had cycled 43 kilometres to get to Bratislava and our boat sailed at tea time.  So after a quick shower and a change of clothes we headed off to explore.  Our first impression had been of Bratislava Castle and Soviet era apartment blocks that dominate the view from the Austrian side of the Danube as we cycled along.

No Soviet eyesores awaited us in the town centre, it is an attractive maze of narrow streets all leading toward the main square.  I have never seen so many cafes, all full of people sitting outside enjoying the sunshine.  The square itself is dominated by the old Town Hall, now a museum. 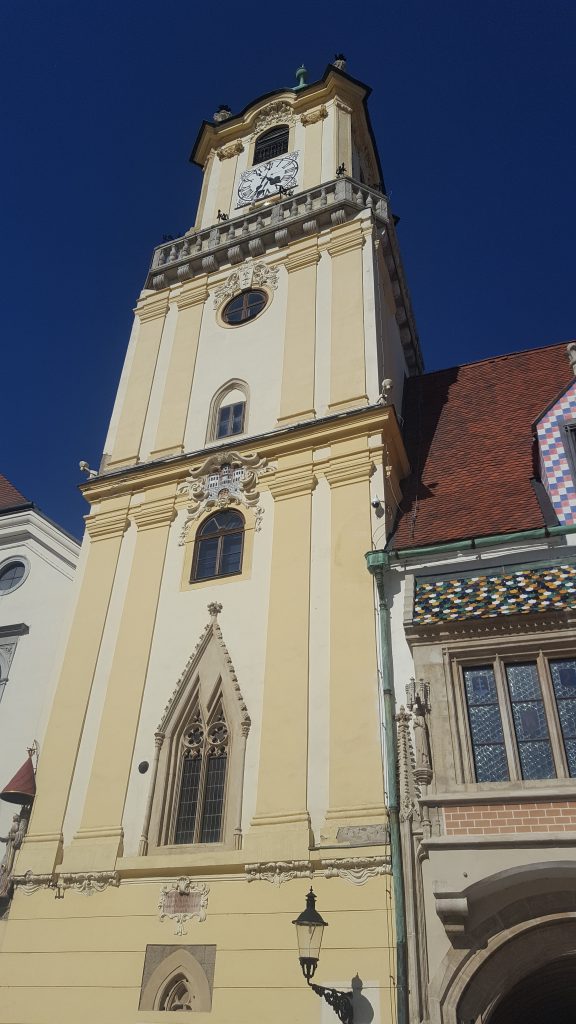 Ordinarily we would have gone into the museum, but time was tight and those cafes were calling.  Mr CW is called Max and he loves chocolate, so when we saw the Schokocafe Maximillian our choice was made.  We all had chocolate ice cream and are all agreed that it is the best we’ve ever had (and I’ve put in lots of research on this). 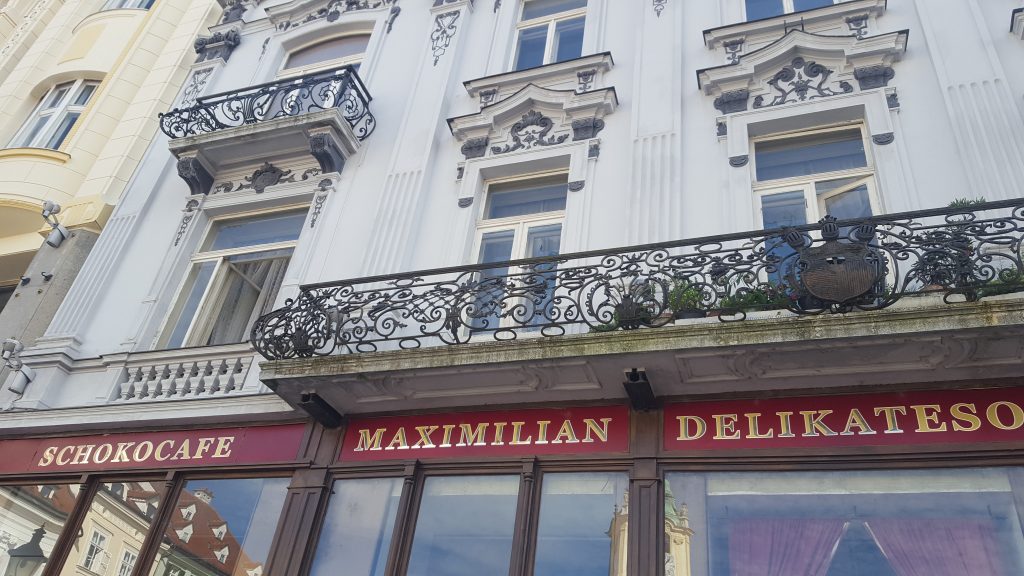 Also on the main square is the Primates Palace.  Had we gone inside we could have seen the magnificent hall of mirrors where the Habsburgs and Napoleon signed the Peace of Bratislava. 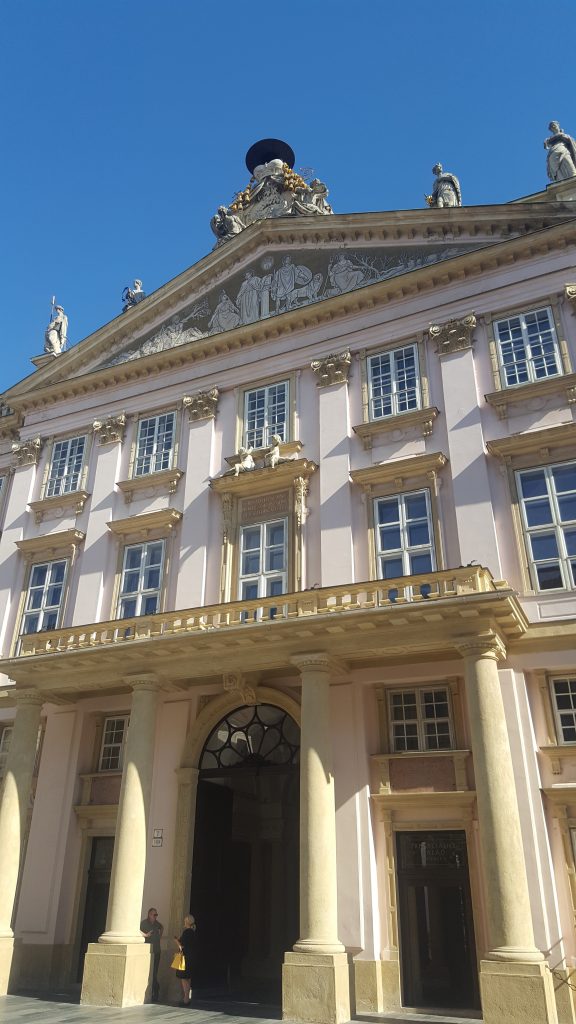 Modern sculpture and quirky bike stands can be seen everywhere in the old town.  We were especially taken with this one that seemed made for twins on a cycling holiday. 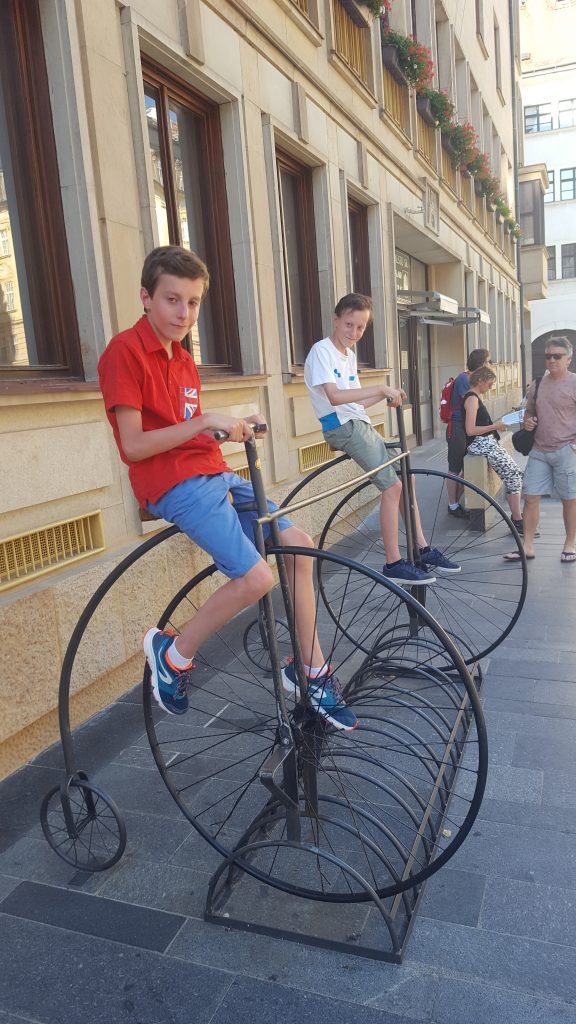 Once upon a time the only way into the old town of Bratislava was through a series of impressive gates.  Only St Michael’s Gate remains and very fine it is too, seven storeys high and topped with an onion dome.  You can climb up and get a good view of Bratislava. 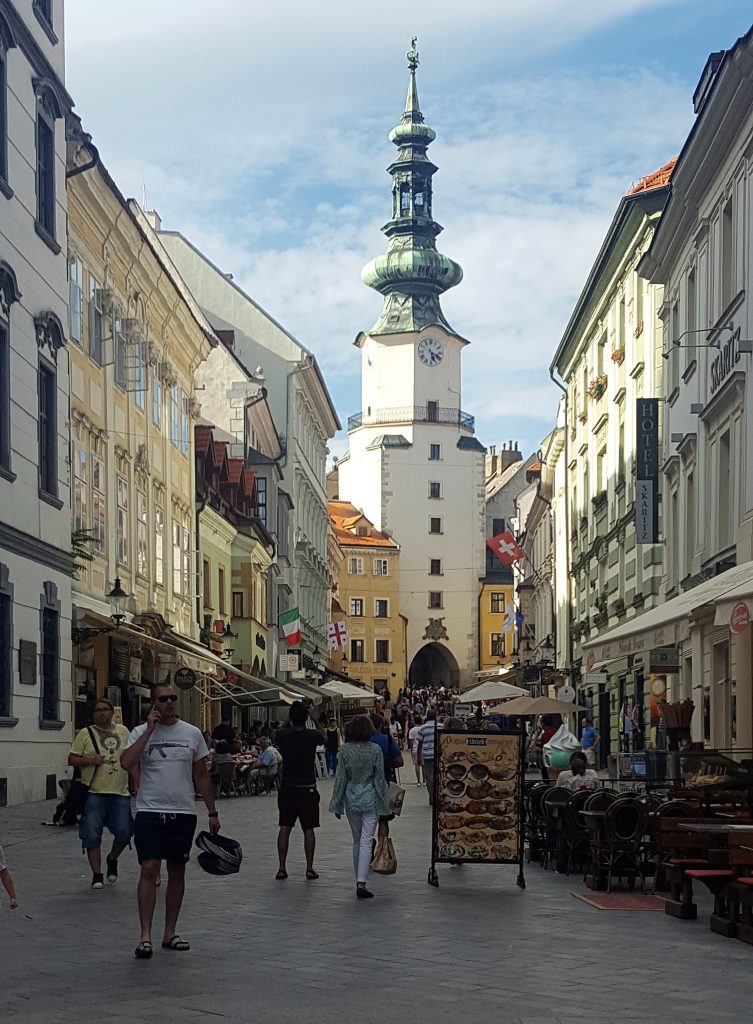 We did pop into a church just off the main square and found it packed to the rafters for a full communion service at five o’clock on a regular Monday afternoon.  That did make us wonder if we would find the same at the Cathedral but it was deserted, we were the only ones gazing at the Gothic arches and ornate altarpieces. 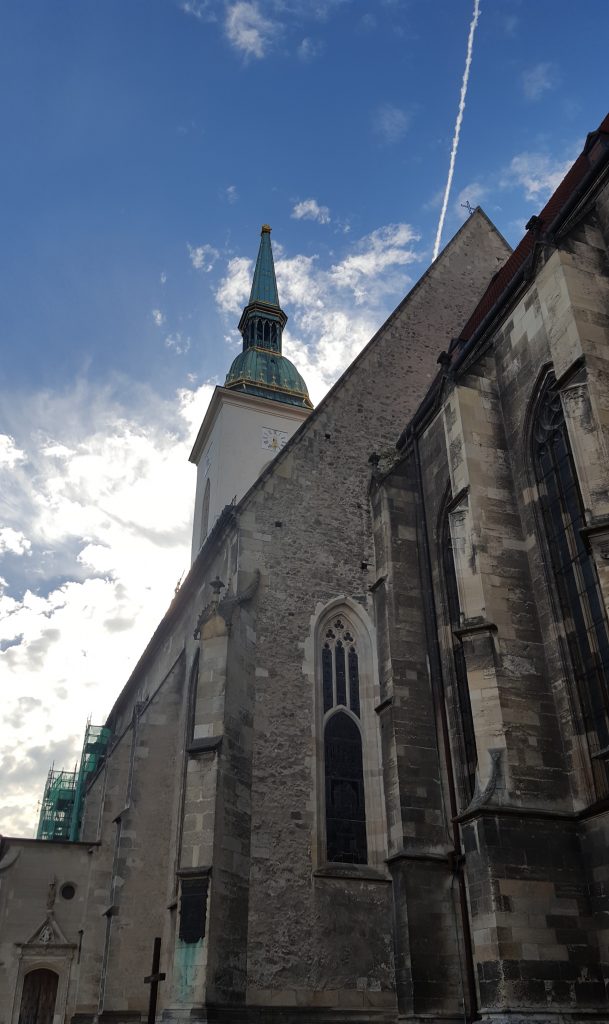 Time to go back to the boat.  Bratislava is an incredibly pretty city with lots to see, we will be back. 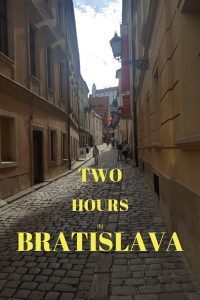