Great Yarmouth is the nearest bit of seaside to where I grew up but I only ever went twice: once for the circus and once for a regional cross country race.  It rained on both occasions.   My parents had every intention of taking me to see the Herring Fleet which used to sail out of Great Yarmouth but something always got in the way and we missed the last boats.  So this Summer I thought I was due another trip and, on a day that threatened rain, we headed for Time and Tide which promised to tell us the history of the town dubbed the ‘fishiest in all England’ by Charles Dickens.

Up until the early nineteenth century, if you wanted to build in Great Yarmouth you were only allowed to do so inside the medieval walls, the result was 140 narrow alleyways, known as Rows, with rich and poor living cheek by jowl.  These remained intact until the Second World War when bombing destroyed most of them, with Great Yarmouth being the most bombed coastal town in the UK.  One of the Rows is recreated in the museum. 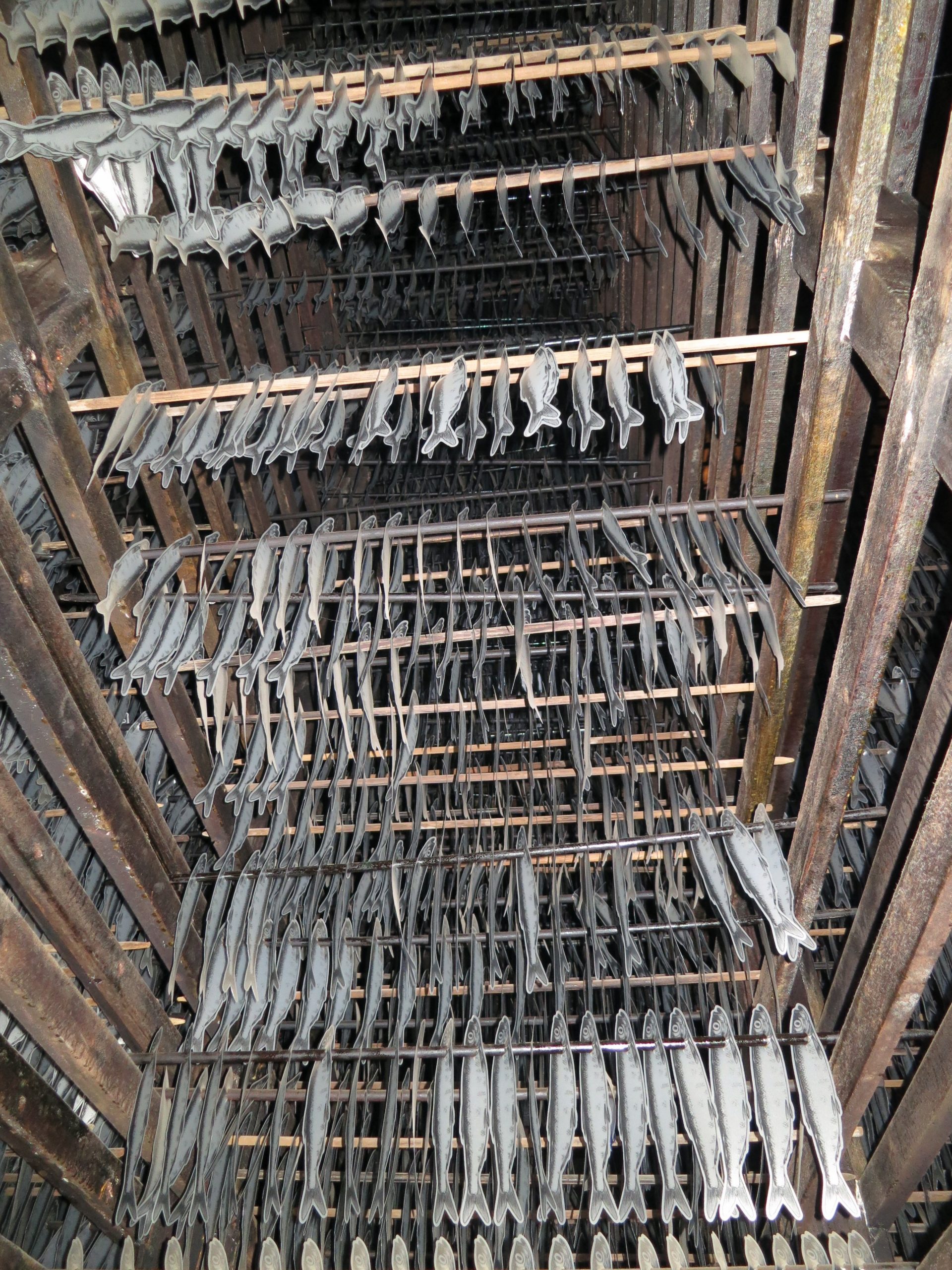 Bloaters in the Smokehouse

Across a courtyard adorned with a fine shrimping boat you enter a series of rooms alive with the rich smell of smoked fish and the sounds of the crowded fish wharf.  Great Yarmouth was once home to Europe’s largest herring fleet.   In one fourteen week period from September to November 1913, 1,000 boats with 10 fishermen a piece landed 900 million herring.  In addition 5,000 fishergirls, mostly itinerant workers from Scotland, came to process the fish ready for smoking.  Once landed the fish were smoked to produce bloaters and red herring and then packed in boxes to be transported all over the world. 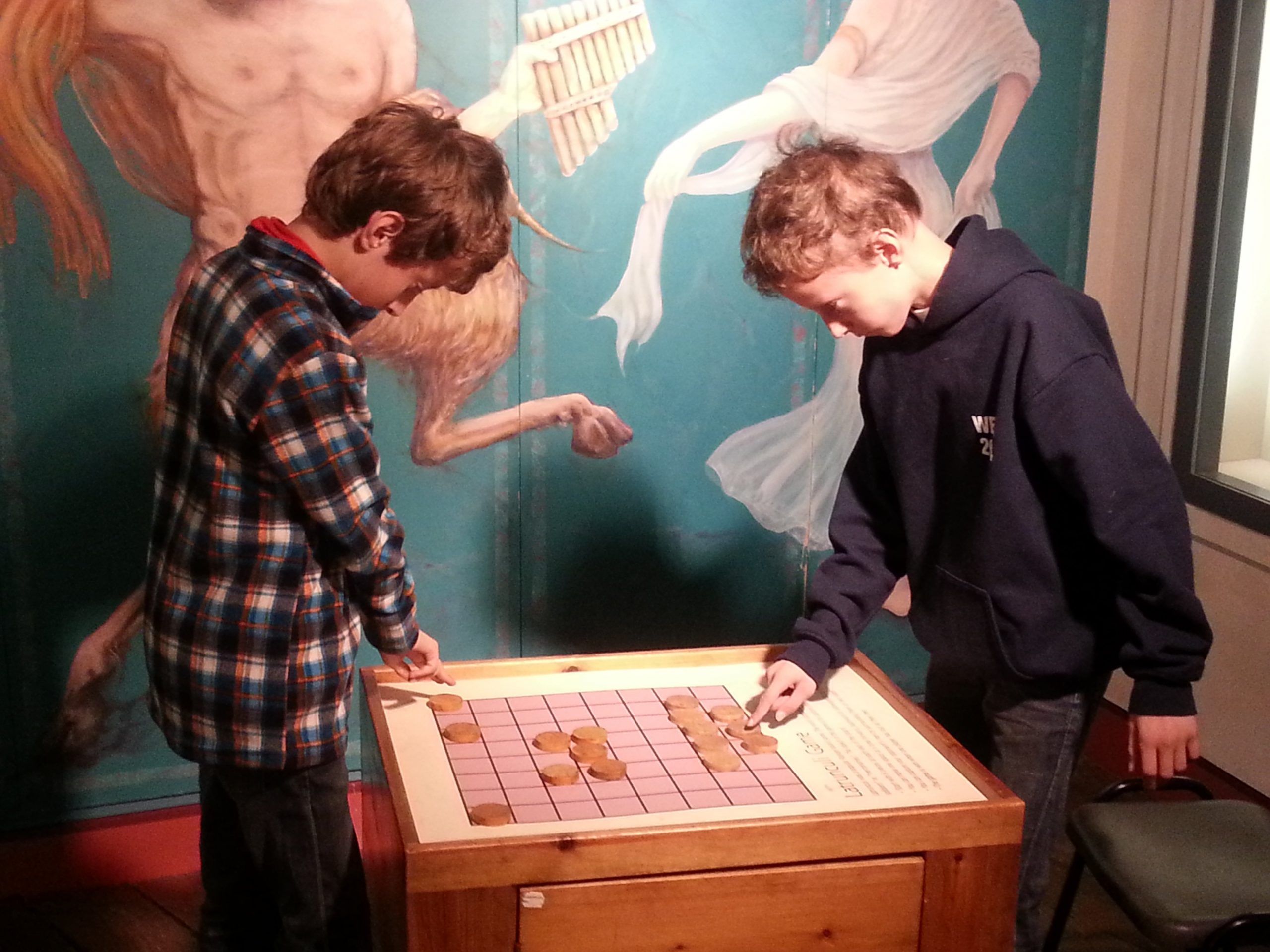 Great Yarmouth isn’t just narrow alleys and fish.  The earliest evidence of human habitation in North West Europe (700,000 years ago) was discovered nearby.  The archaeology galleries display the 111 Bronze Age objects unearthed in nearby Gorleston along with fine gold arm rings found in Caister-on-Sea.  Yarmouth itself was the site of a Roman Fort and among the displays is reproduction of the Roman Board game Ludus Calculorum, which the Junior CW’s spent the better part of an hour playing and had it been for sale in the shop we would not have left without a set!   Sun and sand are what many people think of when Great Yarmouth is mentioned.  It has a fine sandy beach adorned with two piers and backed by what is known locally as the Golden Mile, all this is explored in Tide and Tide. 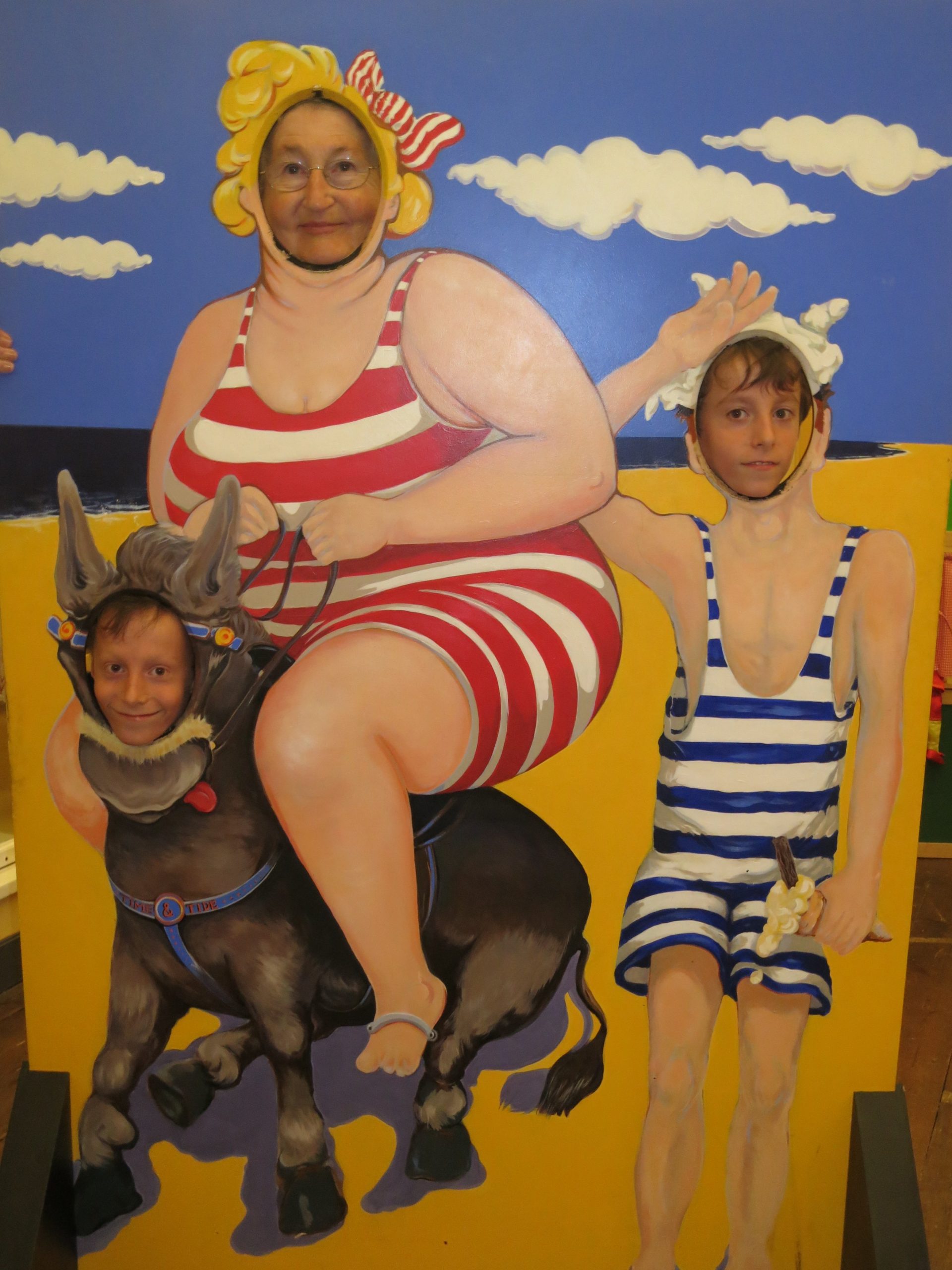 Other things that I didn’t know about Great Yarmouth before I went to Time and Tide include:  Queen Victoria’s mourning crepe was made by Grouts in Great Yarmouth, the company later diversified into making crepe bandages for the NHS before closing down in 1996.  The fish finger was invented in Great Yarmouth.  Final new fact ….. On 19 January 1915 a Zeppelin L3 dropped bombs on Great Yarmouth, the first aerial bombardment ever seen in the UK.   Especially interesting to us as we visited the Zeppelin Museum that we visited in Freidrichshafen whilst cycling round Lake Constance.

We ate our lunch at the Silver Darlings café located at the front of Time and Tide.  The food and coffee were excellent, you don’t need to visit the museum to go to the café, so if you’re in Great Yarmouth and looking for a tasty lunch or even just a decent cup of coffee it’s well worth seeking out.