Imagine a network of tunnels looping around Liverpool Street and Paddington covering six and half miles under London, just to carry letters.  No need to imagine because for seventy five years there was such a network.  Now it has just opened to the public at London’s at Postal Museum Mail Rail. 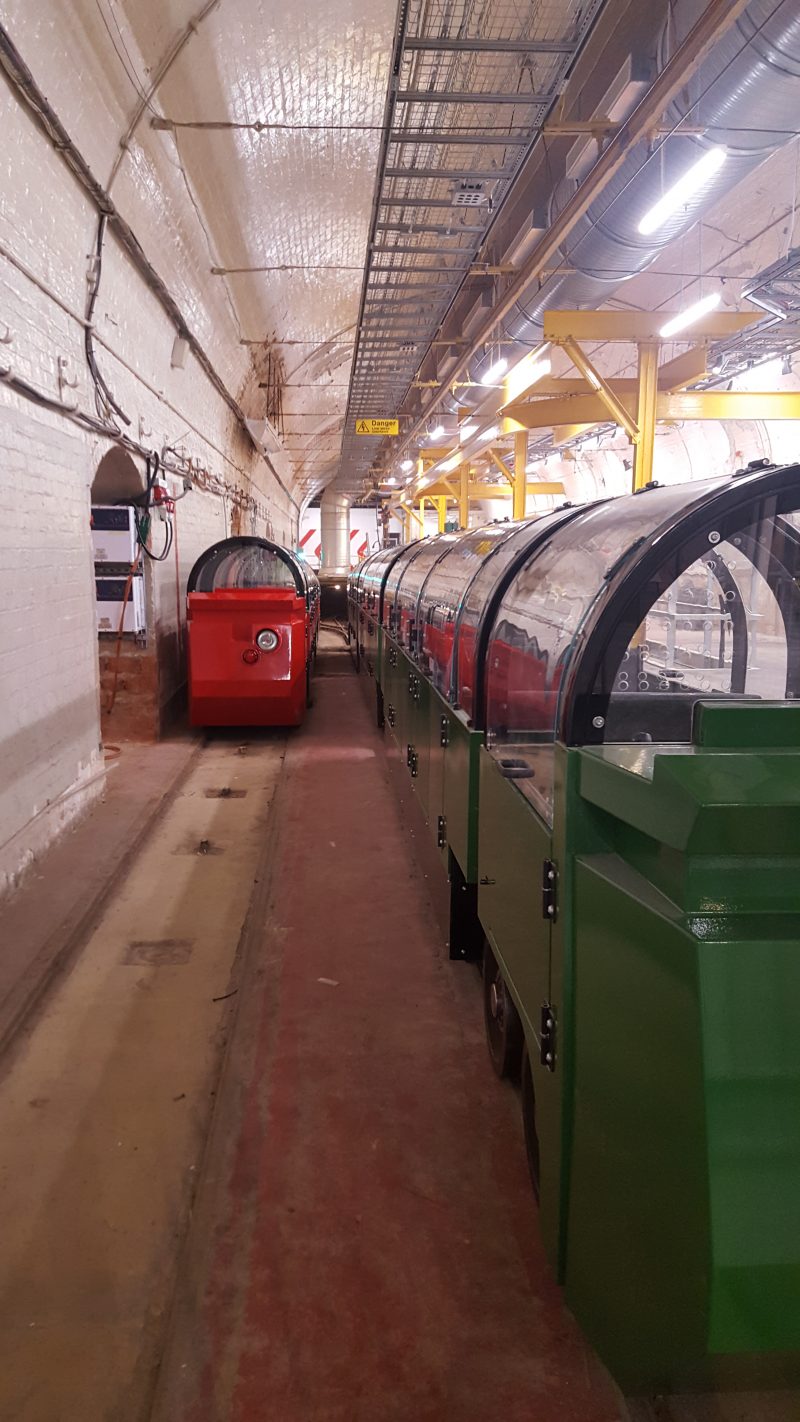 Four million letters used to be carried down these tunnels every single day, 220 staff worked for twenty two hours a day shuttling the mail around the six sorting offices on the network.  The trains are tiny and not designed to carry people, all those letters and parcels hurtled along the dark tunnels without the benefit of a driver.  Now new tiny trains to carry people have been designed, you embark on a 20 minute ride pausing at a couple of those sorting offices to watch films about Mail Rail. 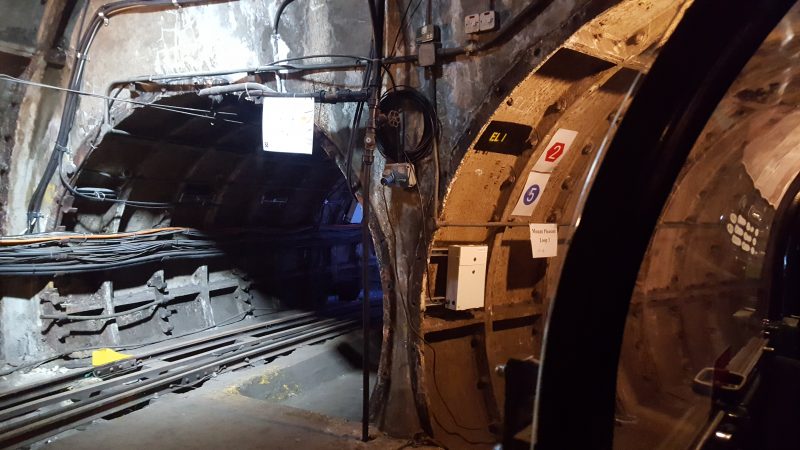 Once you’ve finished your train ride head up to ground level and explore the rest of the Postal Museum.  What started as a way of efficiently organising the troop movements of Henry VIII’s army became the very first social network.  Think of all those Jane Austen heroines writing letters and getting replies back on the same day, not as swift as What’s App but still pretty good.  There are all manner of post boxes, special bicycles and pistols to deter highwaymen on display. 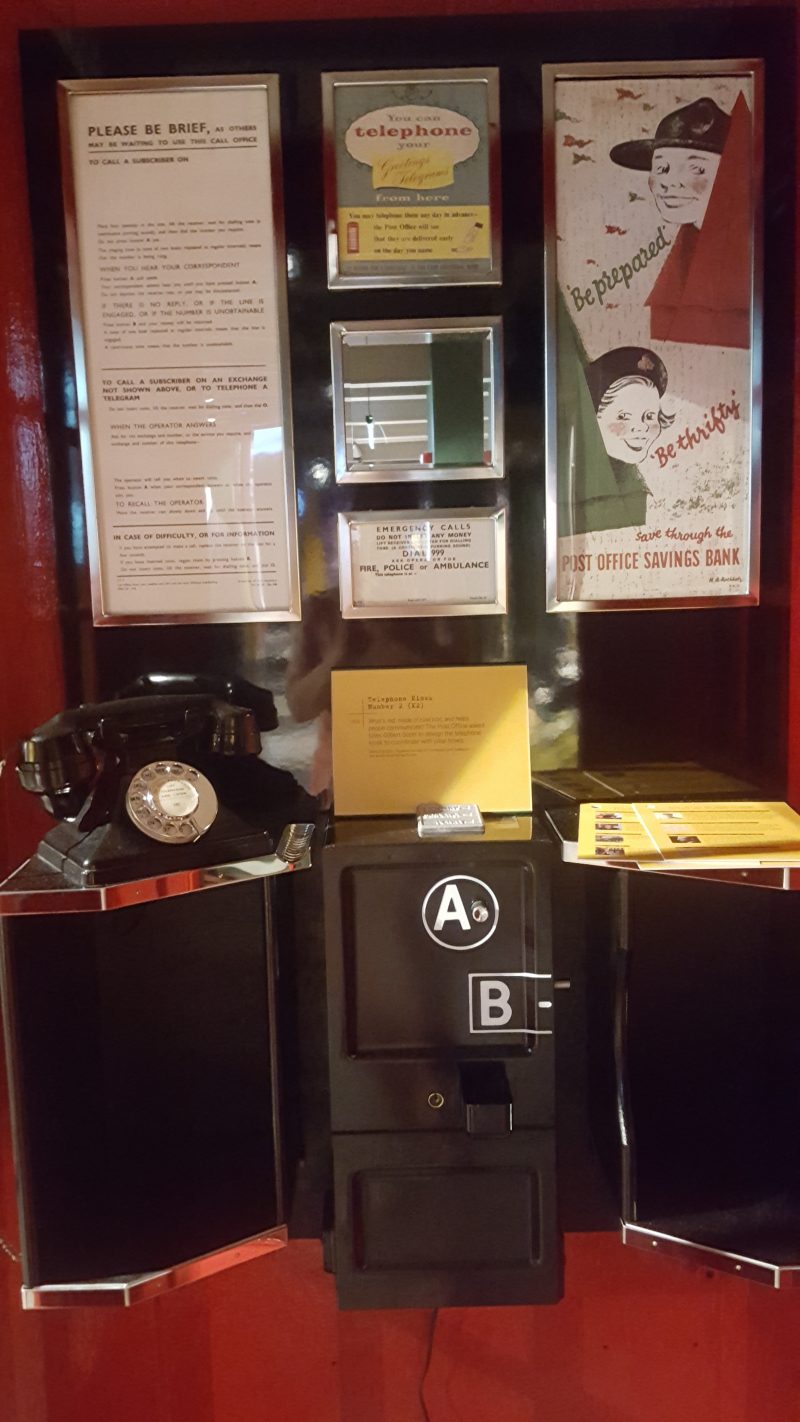 In time the Royal Mail came to include the telephone system.  This telephone box with Button A and Button B took me straight back to primary school.  We were walked to the village phone box and it was explained to us how to make a call in an emergency.  You had to put your money in first, dial and if someone answered press button A.  At the end of call you pressed button B to get back any unspent money.  I never had to make an emergency call but children would often press button B on the off chance of retrieving forgotten money. 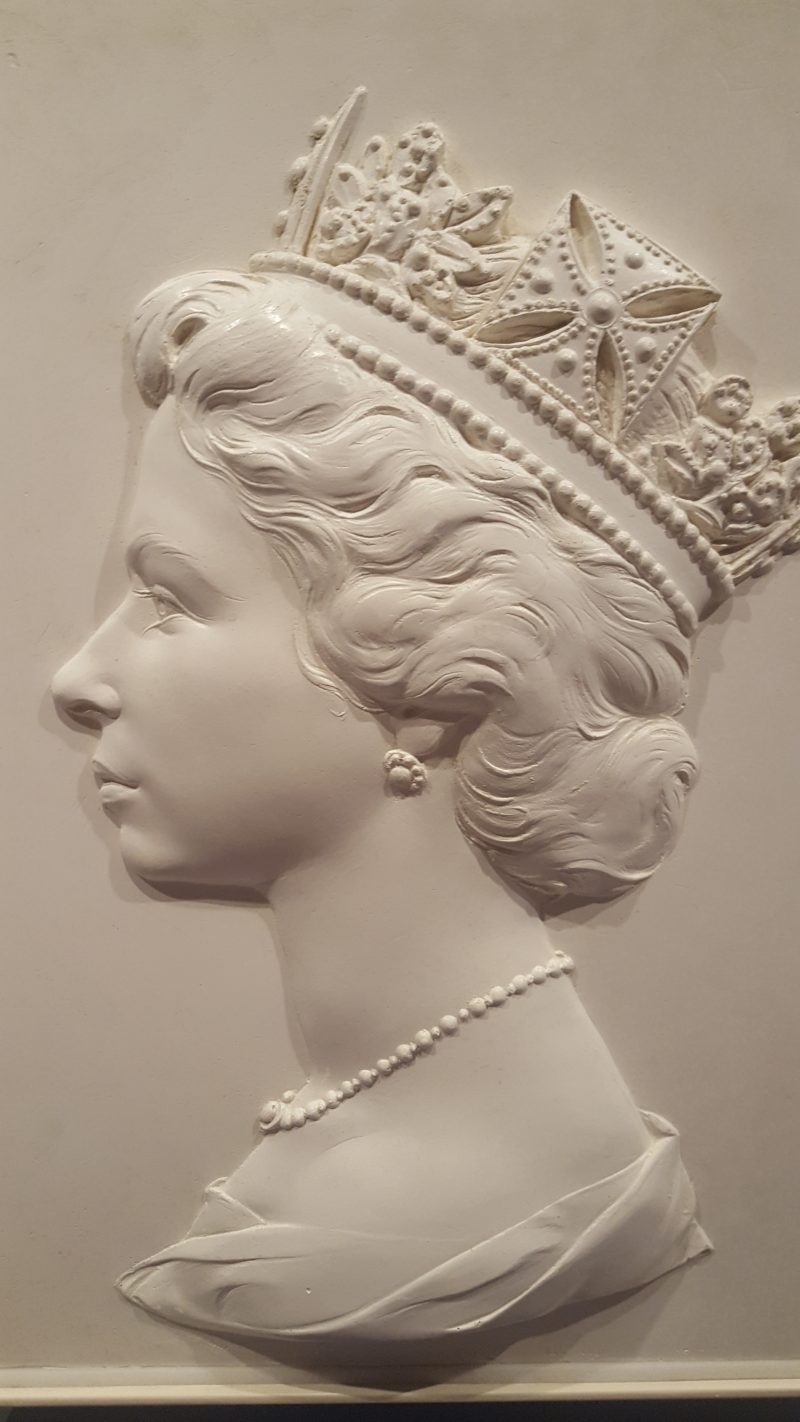 Here is something that even the youngest readers will recognise.  The plaster cast of the Queen’s head used on British stamps.  It is one of the most reproduced art works in the world and was made by Arnold Machin.  The first stamps to use it went on sale in 1967.  Who know’s as email, What’s App and the like gain in popularity maybe stamps will go the way of button A and button B telephone boxes. 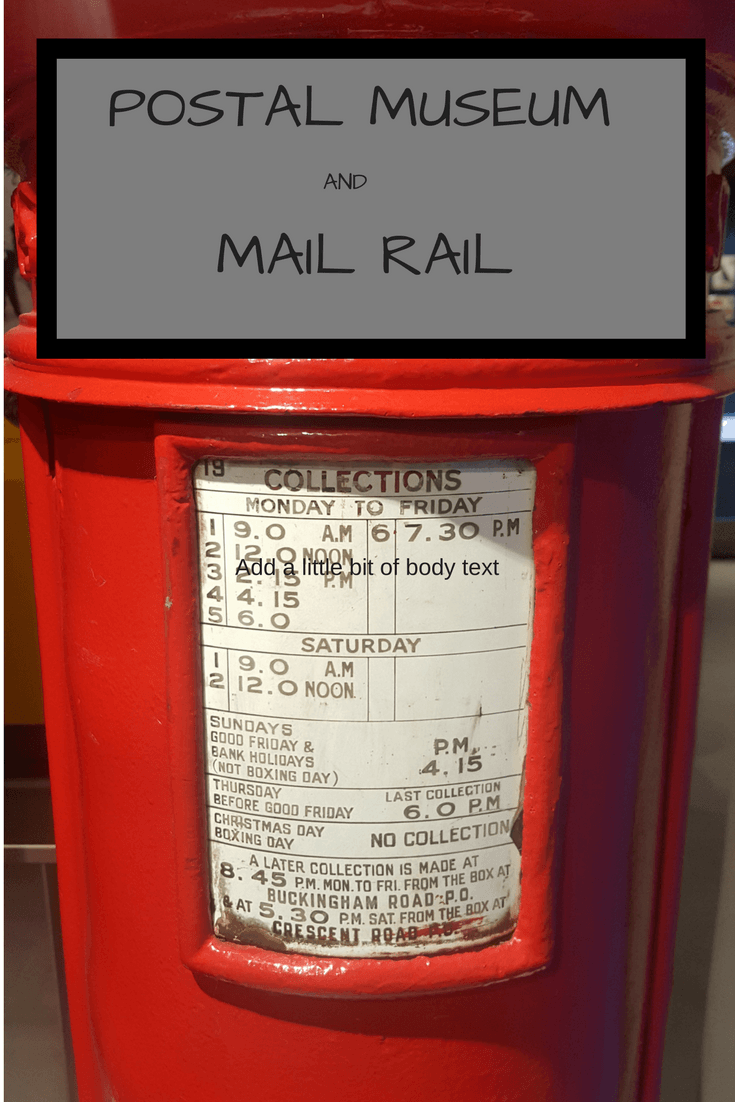