Geography was my favourite subject at school. Land reclamation in the Netherlands was especially interesting growing up, as I did, opposite Holland in Norfolk, also rich in windmills and low lying land.  The building of the Afsluitdijk that closed off the Zuidezee to make the Ijesselmeer fascinated me.  Visiting Afsluitdijk at last was one of the must do things when we visited the Netherlands. 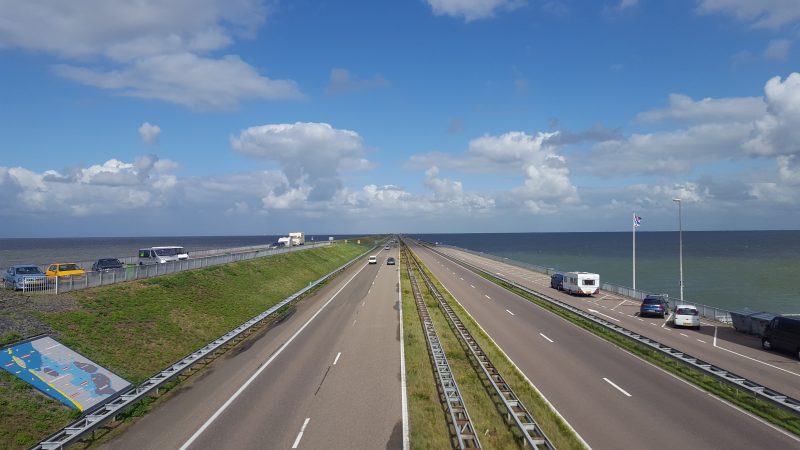 Why go to all the bother of building a highly expensive dam across a narrow sea inlet?  Flooding, is one answer and land the other.  Winds zipping across the North Sea would often result in severe flooding deep into the Netherlands.  Severe floods in 1916 proved to be one set of floods too much and the wheels were set in motion to build the dam.  The fishermen of the thriving Zuiderzee fleet were not happy but for the rest of the Dutch nation it made good sense.

Cornelius Lely came up with a plans not only for the construction of  the Afsluitdijk but also for the largest land reclamation project in history.  Around fifteen hundred square kilometres of land were created from the base of what had once been the Zuiderzee.  The modern province of Flevoland at the southern most end of the Zuiderzee was almost entirely created in the twentieth century.  Lely is commemorated the a statue a short walk from the visitor centre. 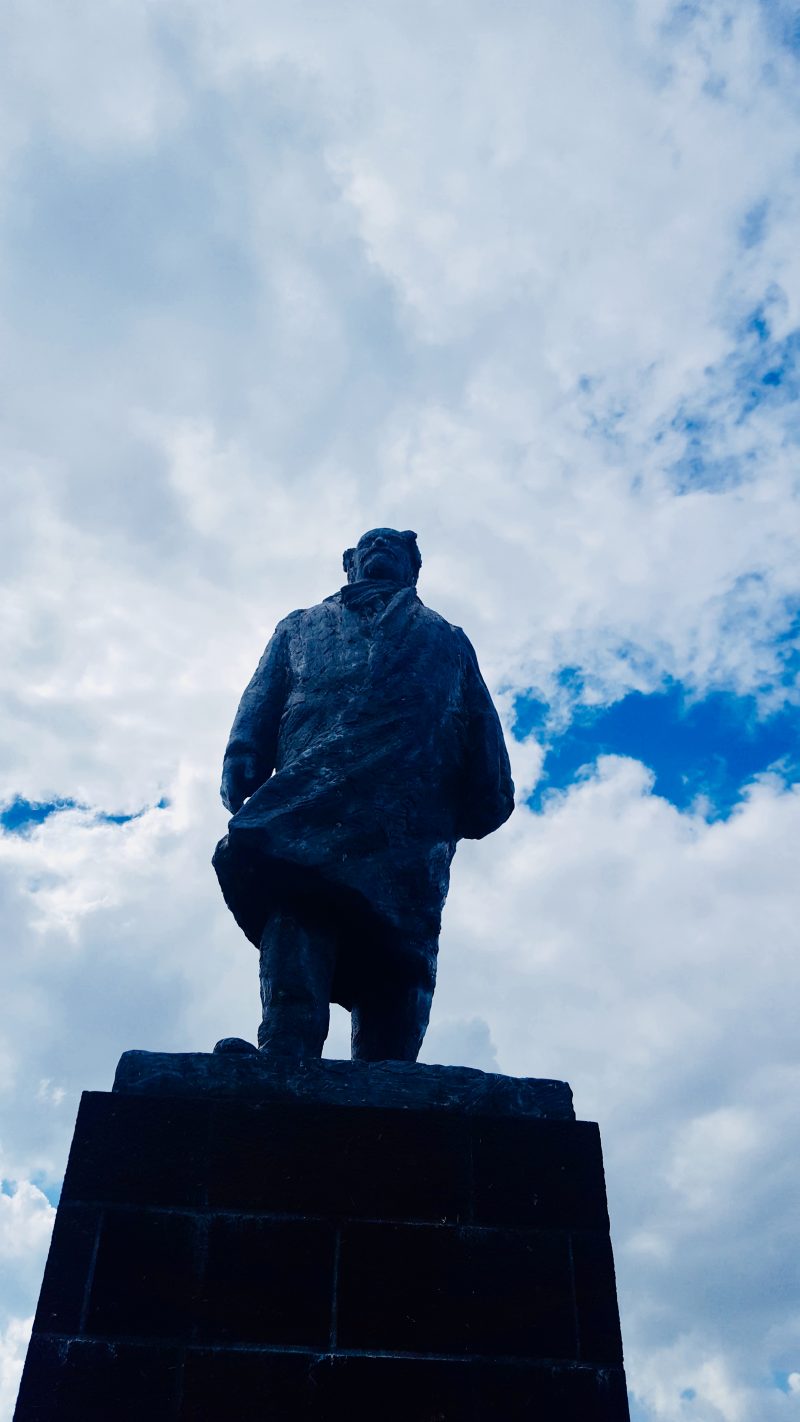 Work began in 1927, the main building material was boulder clay dredged up from the floor of the Zuiderzee.  To begin with two islands, Kornwerderzand and Breezanddijk were contructed and slowly more clay dumped between them until the gap was filled.  Once the clay mound was in place, rafts of willow were placed over the top all weighed down with boulders and concrete.  Smooth stone slopes down to the calmer waters of the Zuiderzee but side facing the rougher Wadden Sea keeps the rough strewn boulders. 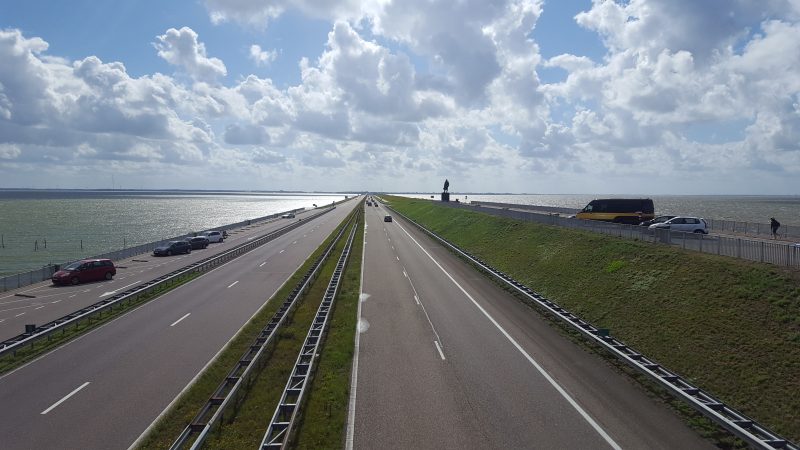 Water still flows into what is now called the Ijsselmeer at a rapid rate, the River Ij is one of the main distributaries of the Rhine and that still has to reach the sea.  That means that the Asfluidijk is not just a dam but a complex of sluices and locks.  Ships can still sail too and fro and Rhine can still flow out into the sea.  The dam is also a busy motorway carrying traffic between Noord Holland and Freisland.  As this is Holland there is, of course, also a cycle track.

Not everybody is as obsessed with maps and land reclamation as I am but Afsluitdijk is still a popular place to see.  As you are whizzing along the motorway views across the Ijsselmeer are easy to see but the Wadden Sea is hidden behind the high ramparts of the dike.  There is a visitor centre in the middle of the dike with an observation tower and a walkway across the carriageways.  The bridge is a fine place to see the Wadden Sea crashing onto the northern side of the dike, a good four metres above the more tranquil Ijsselmeer in the southern side. 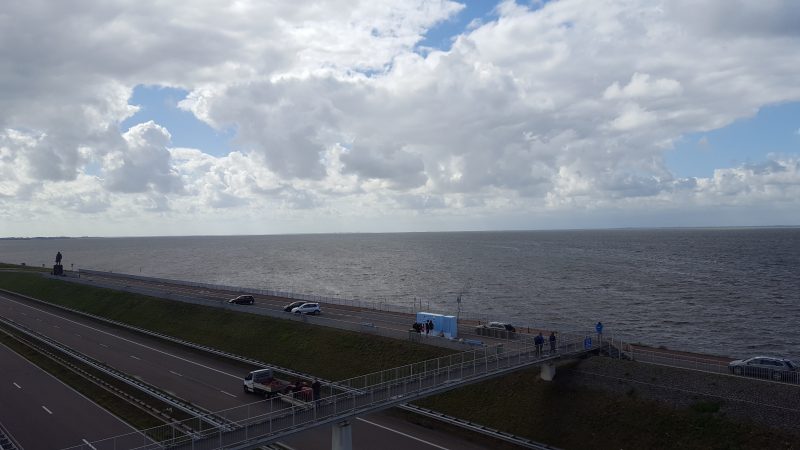 When we visited the wind was whistling across the Ijsselmeer so hard that opening the car door was hard.  Just as well that there is a restaurant in which to shelter from the wind and take in the views. 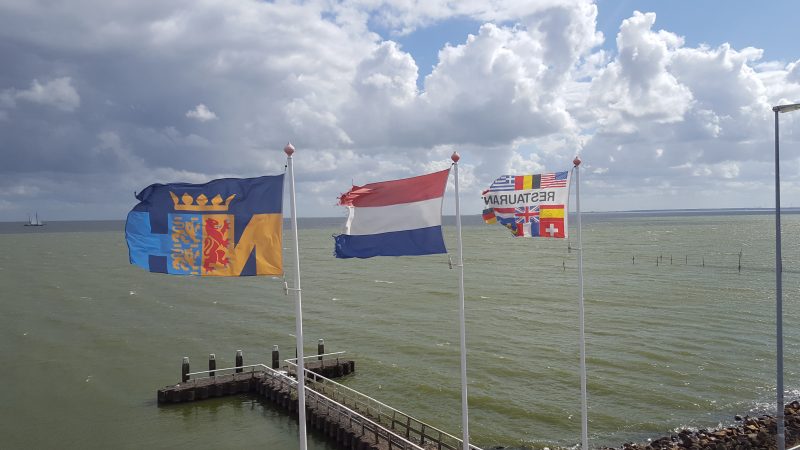 When I was eighteen I embarked on a cycling tour of the Netherlands with my friend Hilary.  It was our intention to cycle across the dam.  It was only the wise counsel of some Dutch cyclists that we met in a youth hostel in Amsterdam that stopped us.  Did we realise that the dam alone was twenty miles long?  Did we also realise how windy it was?  Having now struggled to stand upright on the cycle track made me realise how wise we were to choose another route.

Once in Freisland we visited the Wadden or Frisian Islands and popped into Leeuwarden.