Coach loads of tourists was what I expected when we went to visit Stratford upon Avon. What I found was a delightful half-timbered market town going about its business despite the many visitors to all things Shakespeare. We only had a weekend in Warwickshire, so purchased a family Birthplace pass that gave us access to four houses associated with the Great Man and his grave and set off. 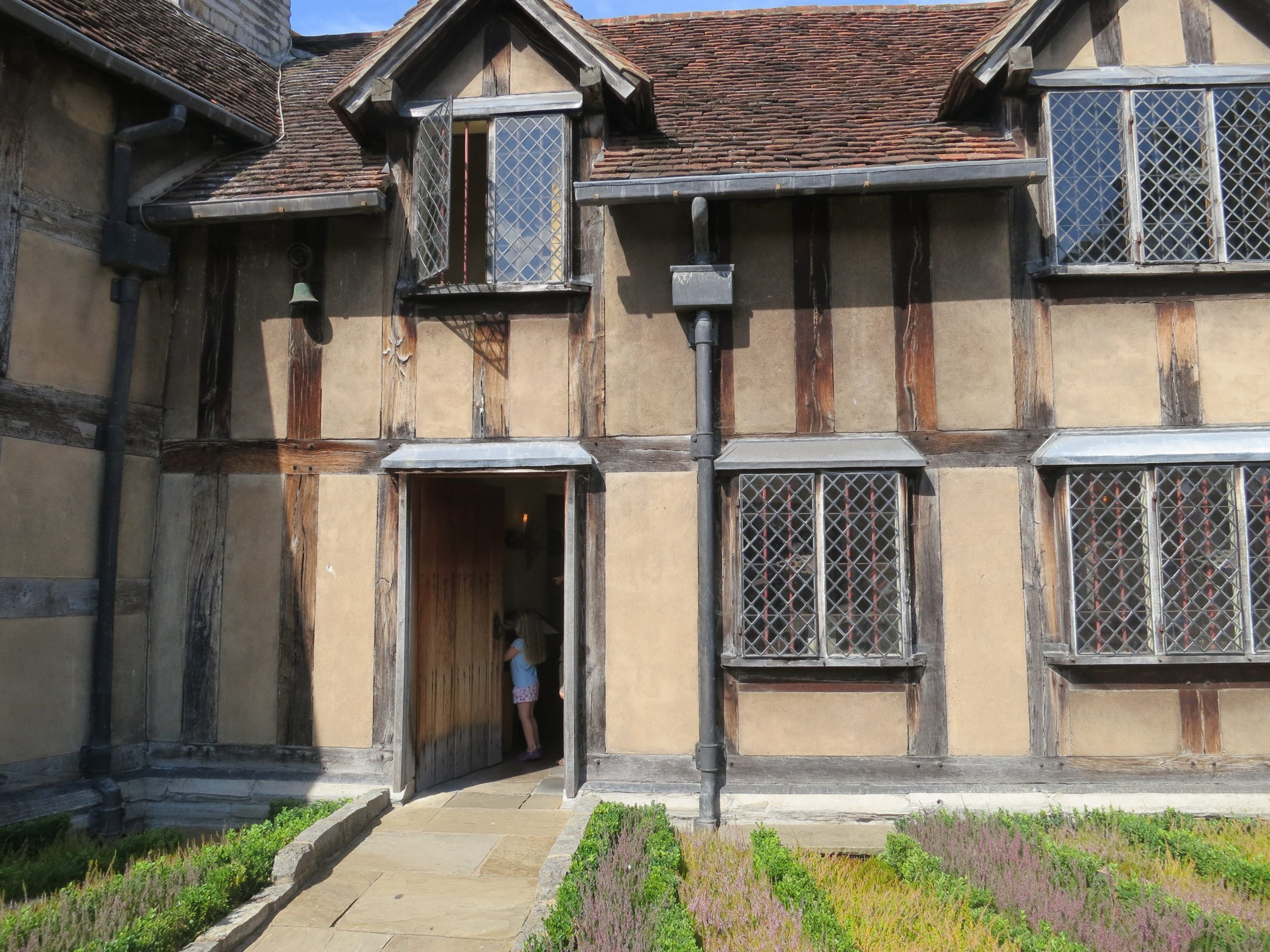 Shakespeare’s birthplace today is all half timbered loveliness and sweet smelling gardens, in his time it would have been his family home and an industrial site complete with stinky skin curing yards in the back yard. 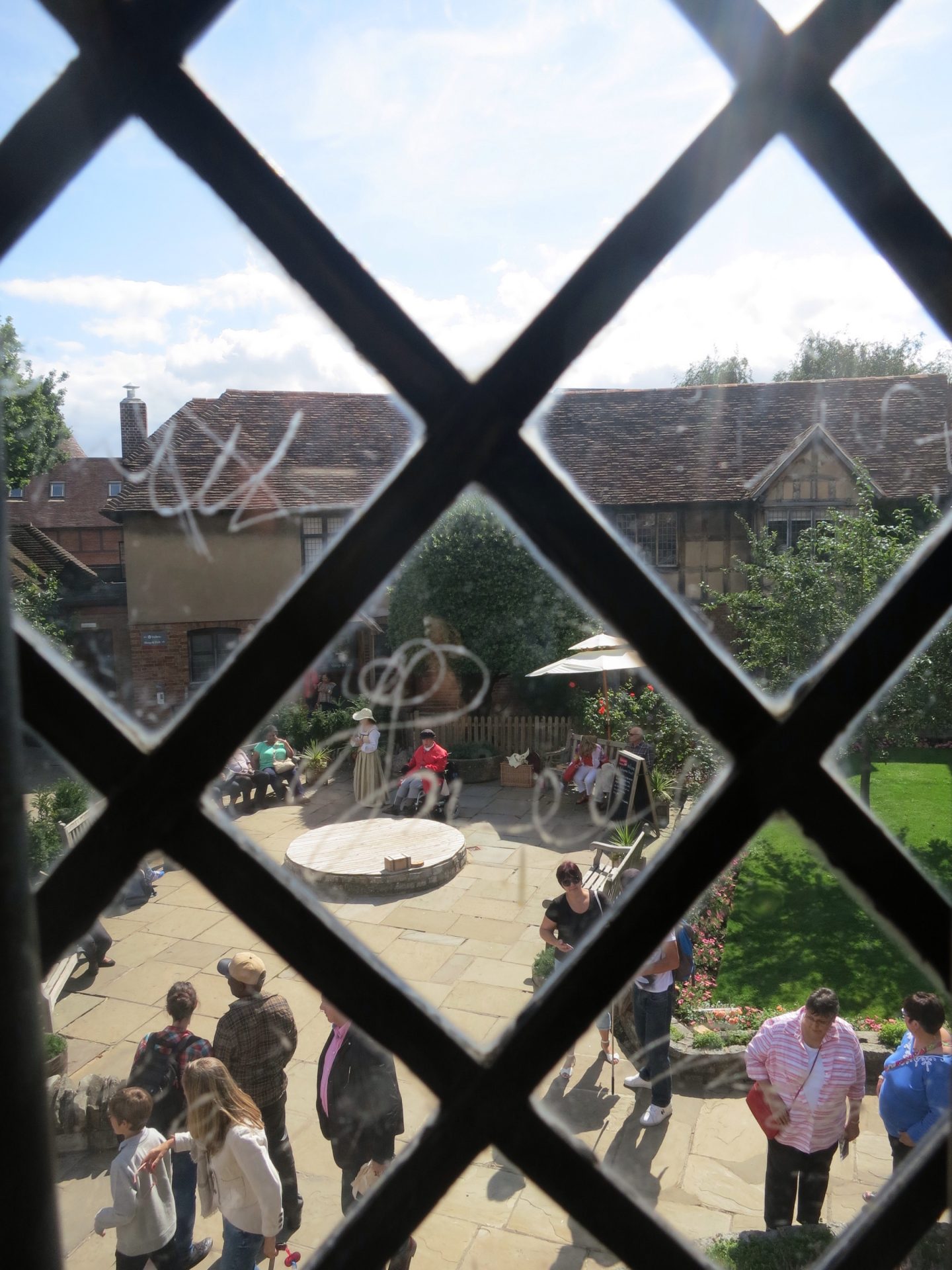 His Father was a glove maker and the business complete with tannery was run from the family house. The house itself is simply furnished and has excellent room guides that either melt into the background or spin marvellous tales depending on your wishes. Background to the plays is given in a maze of modern rooms immediately after you purchase your ticket. 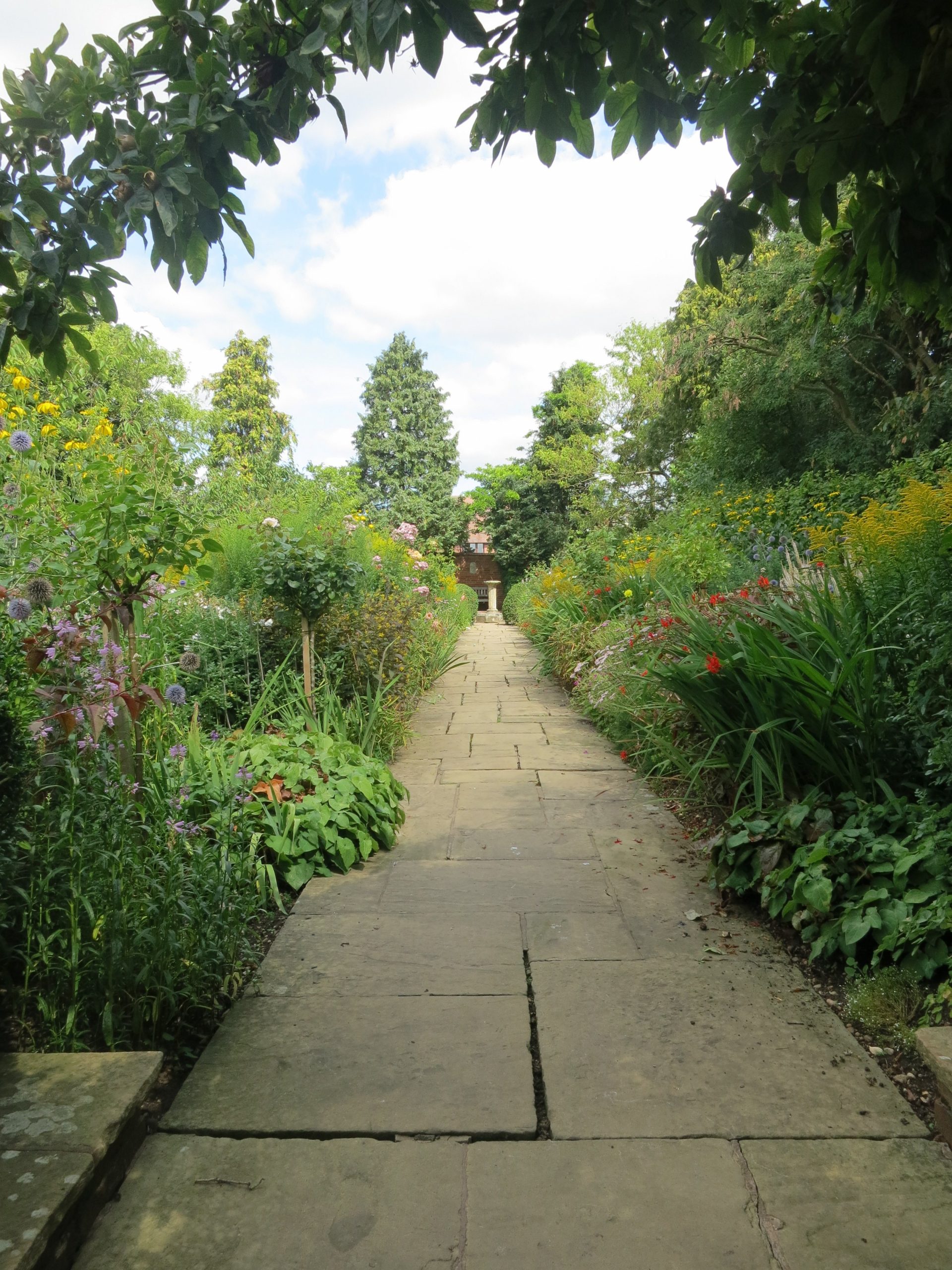 Why is Harvard University called Harvard? A question that I didn’t know the answer to until I visited Stratford upon Avon. Harvard was contemporary of Shakespeare and also a Stratford lad. He was a staunch Protestant and a wealthy man. Eventually he left for America, used his money to help found a new university there and his book collection formed the beginning of the university library. His house in Stratford is included in the birthplace ticket. Also included is Hall’s Place where Shakespeare’s daughter lived as a married woman. Her husband was a Doctor so I presume that the fragrant garden was just as fragrant in her day. 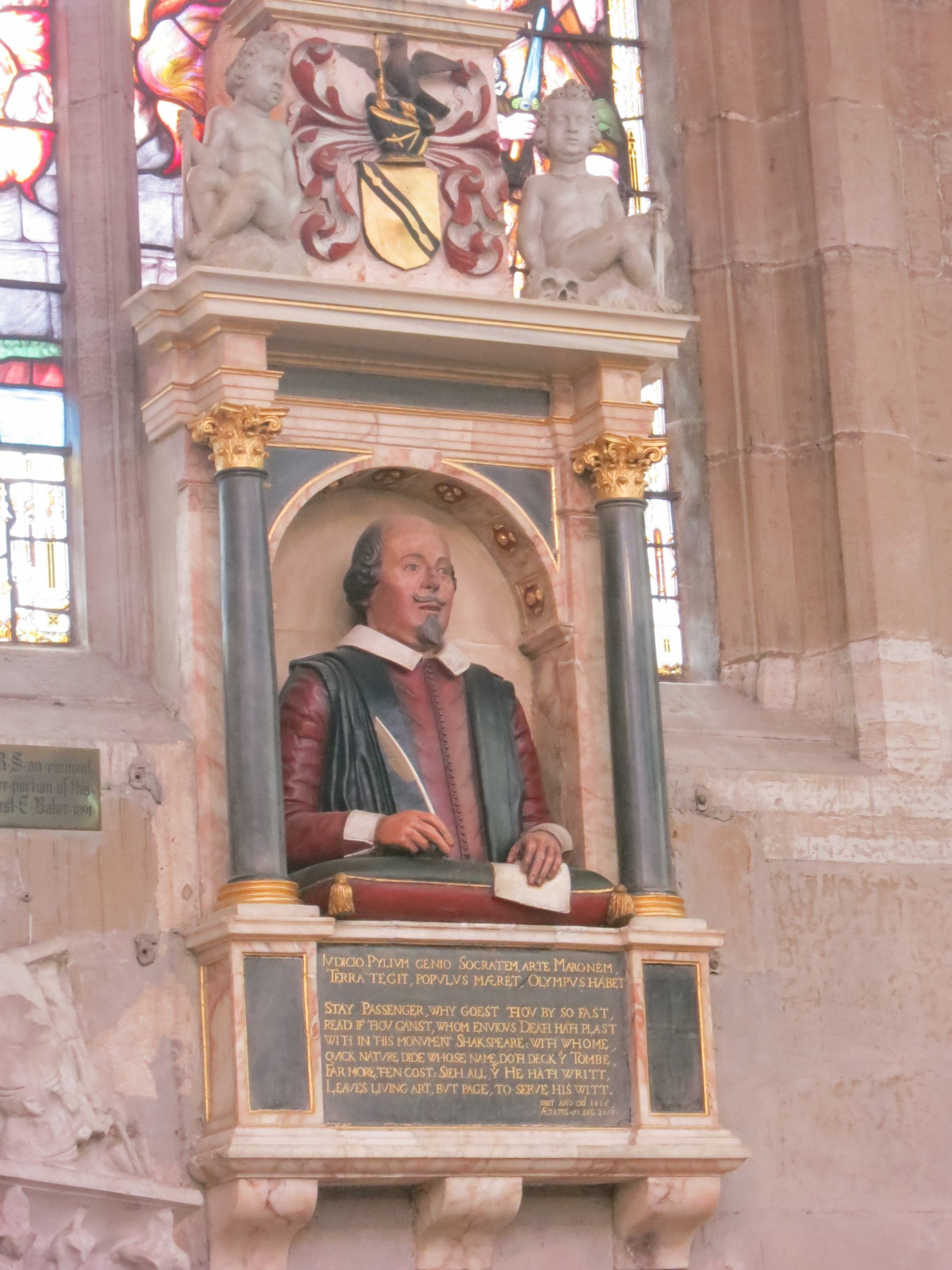 Holy Trinity Church is an amazing church. It is stuffed full of colourful Tudor and Jacobean memorials, the Choir has exquisite carving, in one corner is one of the earliest Bibles ever printed in English, the kneelers have been embroidered with care and love by members of the congregation; but most visitors to the church walk straight past these glories to gaze at a simply engraved stone near the altar. Here is Shakespeare’s last resting place. Above his tombstone a memorial is set into the wall of the church.

Whilst exploring the gift shop one of the Junior CW’s tried on a mask,  I took a picture and the face recognition informed me that it was Twin One and not Twin Two, something it never does when their full faces are on show! 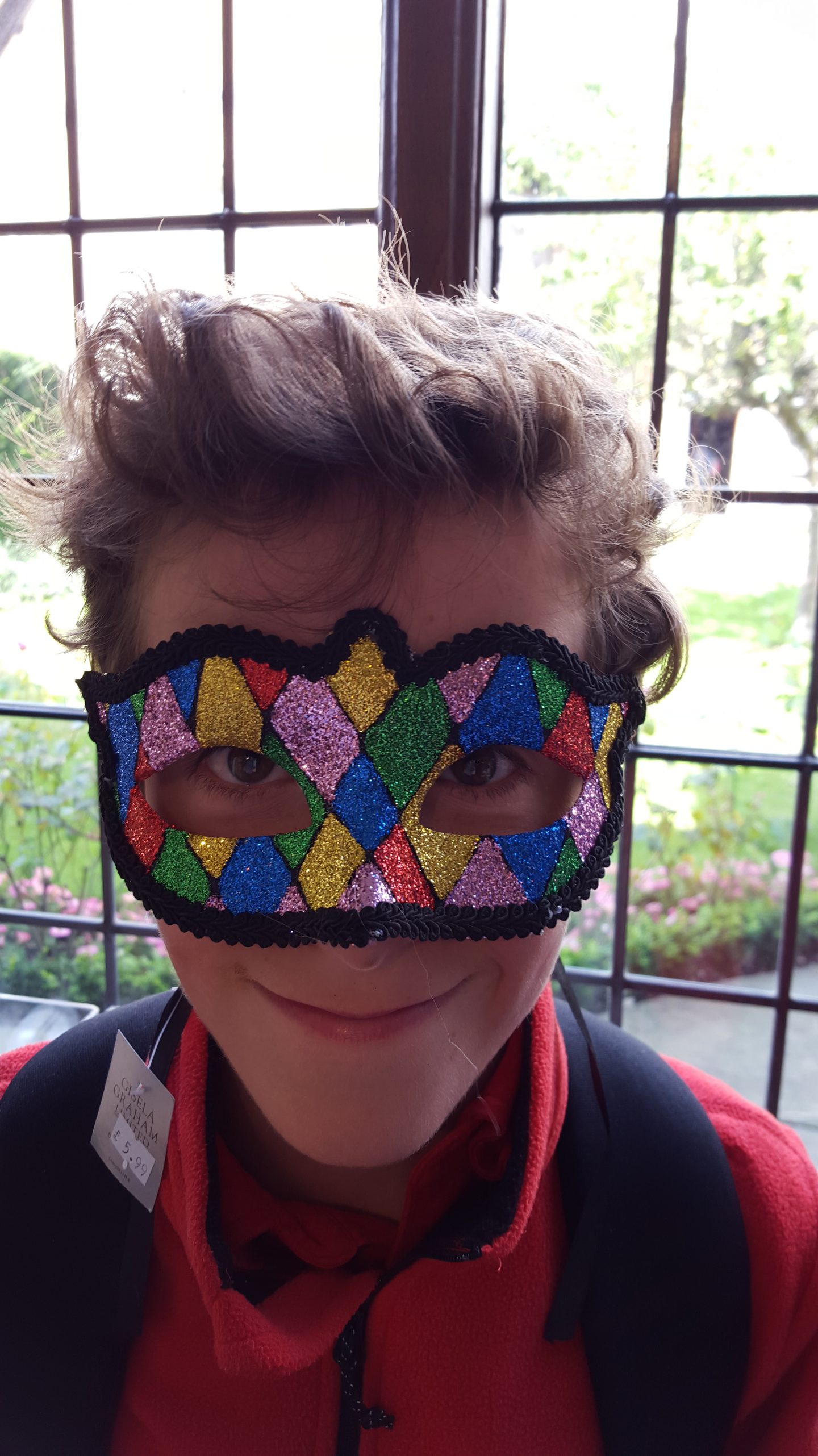 Whilst in Stratford upon Avon we stayed at the excellent YHA hostel just a few miles down the road in Alveston.