How about visiting the Queen Elizabeth Olympic Park, London? I suggested to the Teens. Where? They responded. The place the Olympics were held. Yes Please!

Once the flames of the London Olympic and Paralympic Games were extinguished, work began on transforming the land around the stadium into a huge public park. The park covers 560 acres and is criss crossed by 6.5km of waterways.

The summer of 2012 was amazing in London. Just the memory makes me smile. We decided not to go away on holiday, why would you when the best show on earth is happening in your backyard. We took advantage of the fact that children paid their age for the cheapest seats and went to see Hockey, Fencing, Road Cycling, Tennis, Triathlon, Football and Athletics. Fencing was such a hit, that the then Junior CW’s took the sport up and still fence today. We were all keen to see what the Olympic Park had to offer now.

What to do in the Queen Elizabeth Olympic Park

People mentioned two things when I said I was going to the park. Parents of young children responded with the information that it holds the best playground in London. Parents of teens cooed that they really wanted to do the slide. Turns out that there is lots more than that to do.

You don’t have to ride the slide. Just going to the top to see the view – it is pretty awesome. The ArcelorMittalOrbit is 114.5 metres high, that makes it the tallest statue in the UK. Sir Anish Kapoor is the artist behind the Orbit. I used to be an economics journalist, so bear with me whilst I divulge a few more figures: 2,000 tonnes of steel, 60% of which is recycled, make up the swirling structure. A lift will whoosh up to the top where you get some of the finest views of London (to my mind it is only equalled by those from the Sky Garden).

To get down you can either walk down the 455 steps of the recycled steel staircase, whilst listening to the Soundscape Art Installation, or you can appreciate a different art work. Carsten Höller has designed a sinuous silver steel tube that snakes around the red steel. I love a helter skelter, the ArcelorMittalOrbit Slide at 178 metres and with twelve twists and turns is the biggest tube slide in the world.

The teens and I loved every last super slidey, swirly, plummeting second of it. You can watch Teen One’s descent here.

Swim at the Aquatic Centre

Swimming at the Olympic pool at the Aquatic Centre is both to swim part of history and to swim in an artwork. Ellie Simmonds powered her way to gold here. Zaha Hadid designed the undulating wave-like building. You have a choice of the training pool, which is smaller and shallower, more suited to a family splash or the big Olympic pool. Can I just say that swimming 50 metres in 3 metre deep water is completely different to the 25 metres of my local pool where I can touch the bottom for part of the time. Unbeknownst to me the teens were recording my lap times, they worked out that in the time it took me to cover 50 metres, the world champion would have won the 200 metres freestyle.

Since the London Olympics the stadium has become the home for the West Ham United Football team. You can go on a stadium tour including walking out through the players’ tunnel. We were unable to do the tour when we visited as the Stadium was being converted into a Baseball venue, but I have walked out of the players’ tunnel at St James’ Park in Newcastle and it is amazing.

Capture the Olympic spirit by following the 2012 trail. You can either download a map or pick one up at the park entrance. Follow the route to discover the Olympic bell, the huge Olympic and Paralympic symbols, places where you can try to run as fast as Mo Farah or jump as far as Greg Rutherford. On the way you will pass the Copper Box and come across some of the 26 artworks that live in the park.

Scramble over the Playground

The Teens are too old for playgrounds now, but friends who have younger children tell me that the Tumbling Bay playground in the Queen Elizabeth Park is one of the best in London.

Officially called the Lee Valley VeloPark you can either hire a bike or bring your own to try out the one mile floodlit road circuit or if off road is your thing there are 8km of traffic free trails. Maybe the lumps and bumps of the BMX track are more to your cycling taste, this is not for beginners! Itching to have a go on the steeply banked slopes of the Velodrome, you can book a taster session to bring out your inner Chris Hoy.

There are six and half kilometres of waterway criss crossing the park. You can explore them either on a swan pedalo or on boat trip. Boat trips and pedalos can be found outside the Aquatic Centre.

If you are visiting the Copper Box, Lee Valley VeloPark or the Aquatics Centre there are cafés inside the venues. In the park itself is the Last Drop right next door to the ArcelorMittalOrbit and the Time Lodge Café next to the Tumbling Bay Playground. There are also masses of food and drink opportunities on the edge of the park. Shake Shack caught the attention of the teens on the way from the tube to the park and it was there that we returned to eat.

Getting to the Queen Elizabeth Olympic Park

Stratford is public transport heaven. Stratford Station is served by the Docklands Light Railway, the Jubilee and Central tube lines, National Rail services operated by Greater Anglia and c2c and London Overground. Stratford International has high speed trains from Kent stopping there. When we came to the Paralympics with my mother she got home to Norfolk only half an hour later than we did to Surrey.

We loved returning to the Queen Elizabeth Olympic Park. All three of us are keen to return to try out the cycling and the boat trip. Who knows, next time we might even take Mr CW. 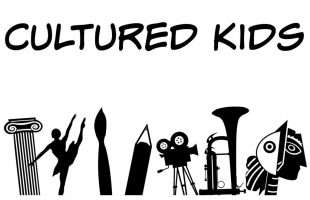