The main attraction of the Louvre?  No, not the Mona Lisa, it is the fact that the audio guide comes in the form of a Nintendo 3DS.  Well it is when you are visiting the Louvre with children.  Not only that, you can programme it, well sort of.  Put in the works of art that you want to see and the device will work out a route for you.  We all chose one object and wandered around seeing what our route showed us.  Our first stop was, of course, the Mona Lisa where a selfie had to be taken. 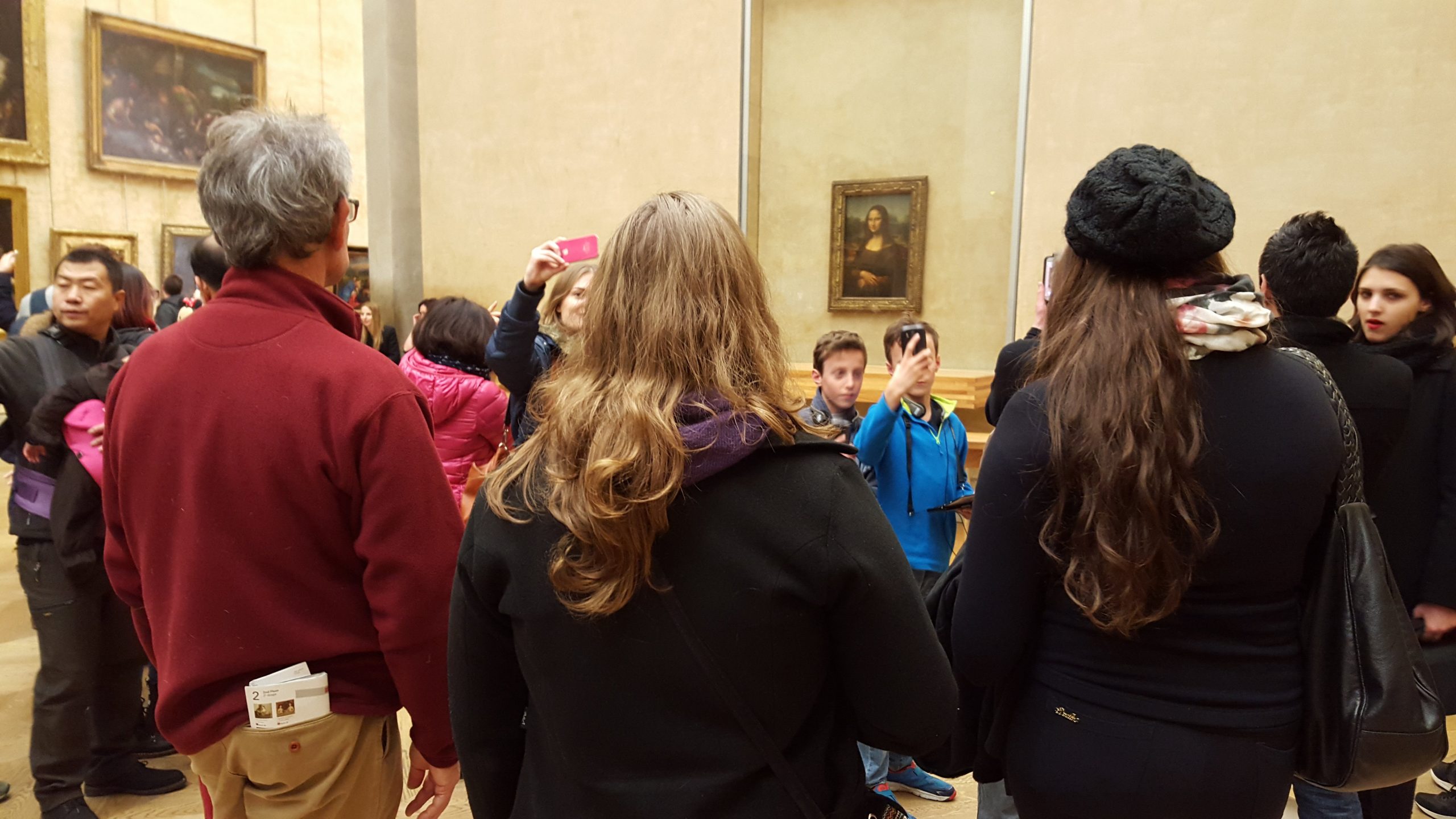 Our route then took us back across the main staircase with great views of the Winged Victory of Samothrace. 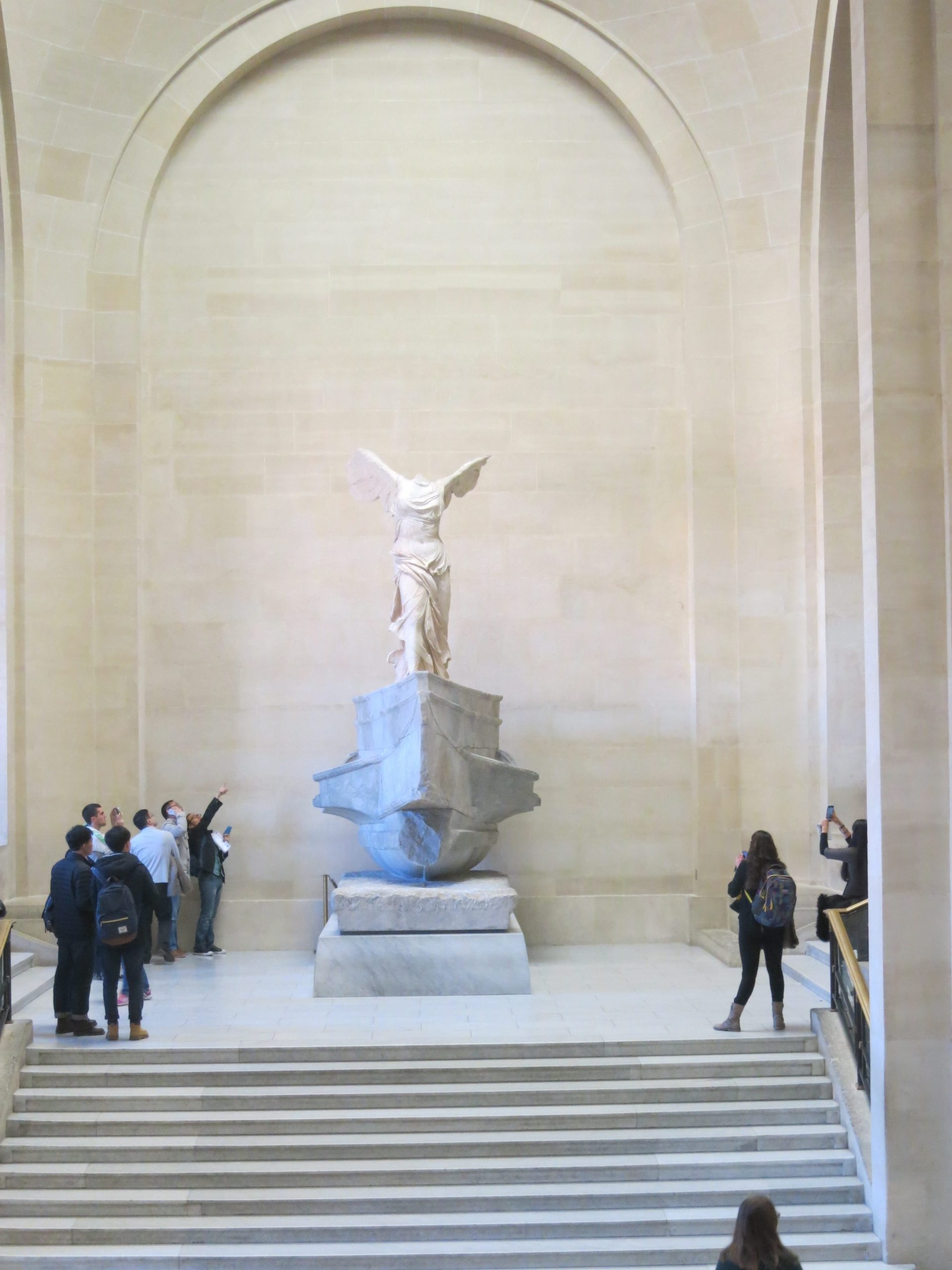 Onwards to more Greek sculpture and the famous most famous of the lot; Aphrodite, better known as Venus de Milo. 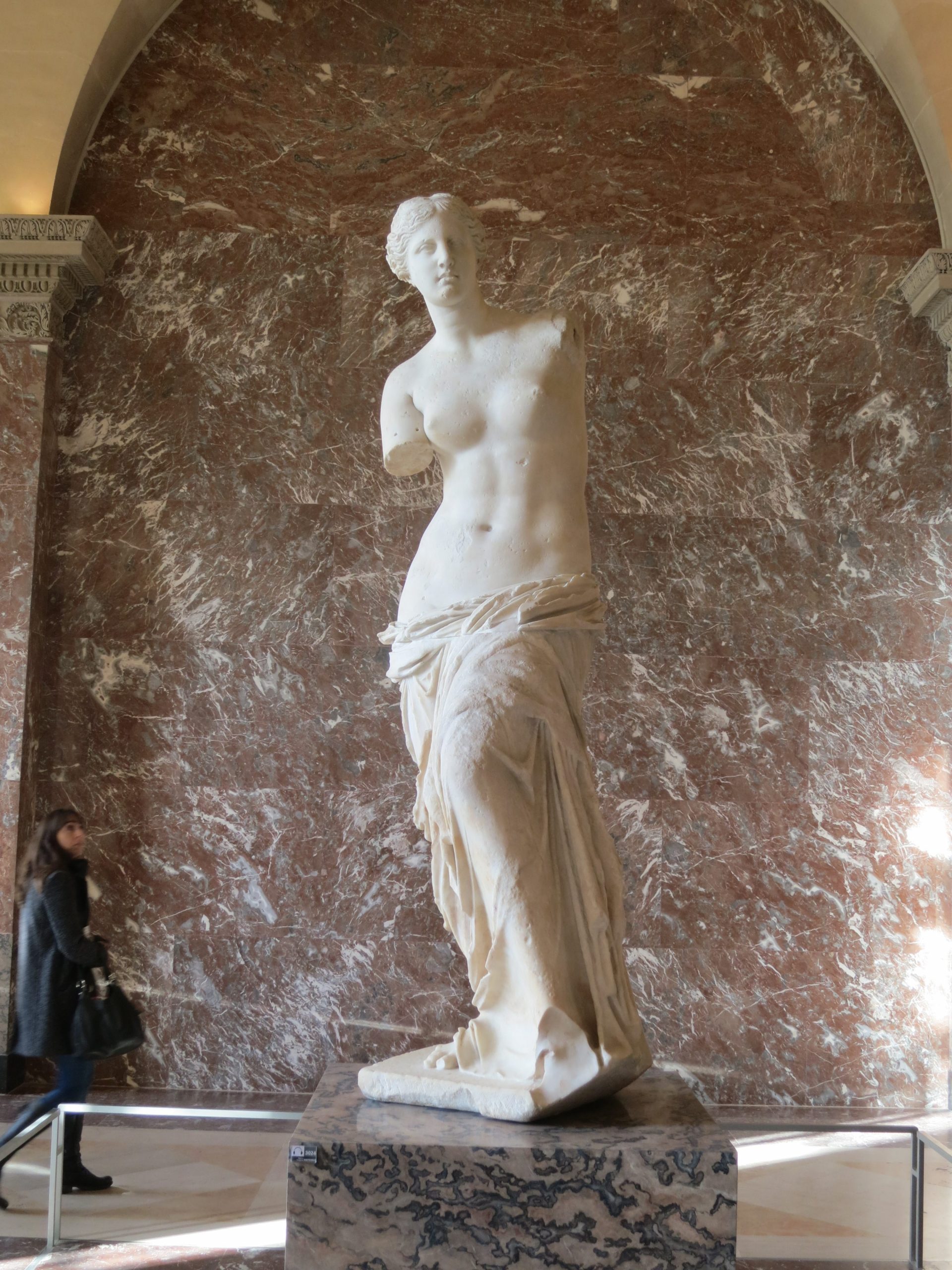 Unsurprisingly we were not the only ones with these two on our list and the galleries were quite crowded.  Now the Junior CW’s fascination with all things Napoleon took hold and suddenly we were alone. In one of the furthest corners of the Louvre are the set of rooms that Napoleon III lived in.  Not the man himself, but his extravagant nephew.  Gold leaf and sparkling chandeliers were the dominant themes of the décor. 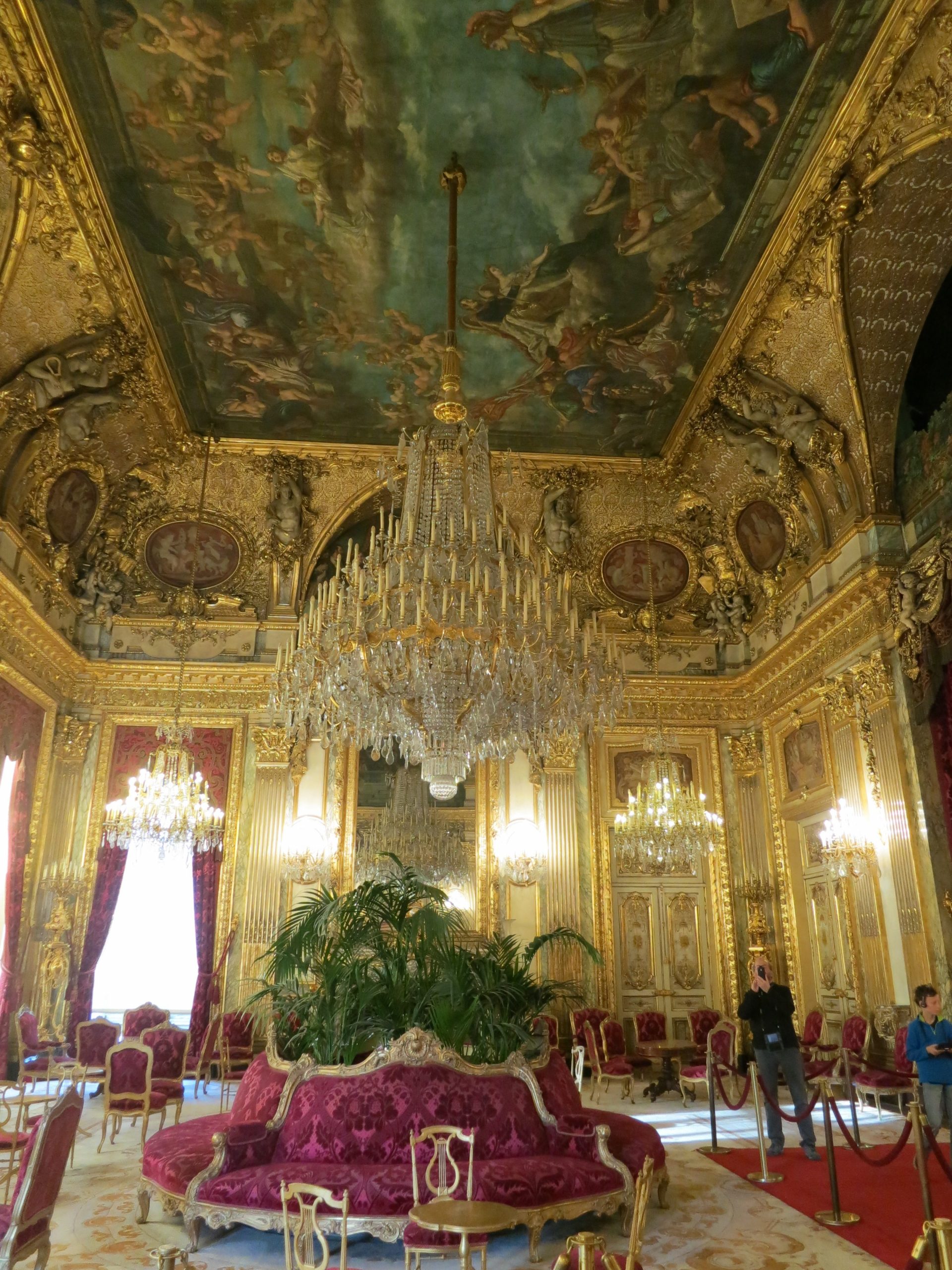 We did get to see many pictures of Napoleon Bonaparte and his Empress Josephine but most special of all (and most importantly the final stop of our tour) was his actual throne.  Or rather one of his thrones.  This one looks rather cosy with its fine upholstery. 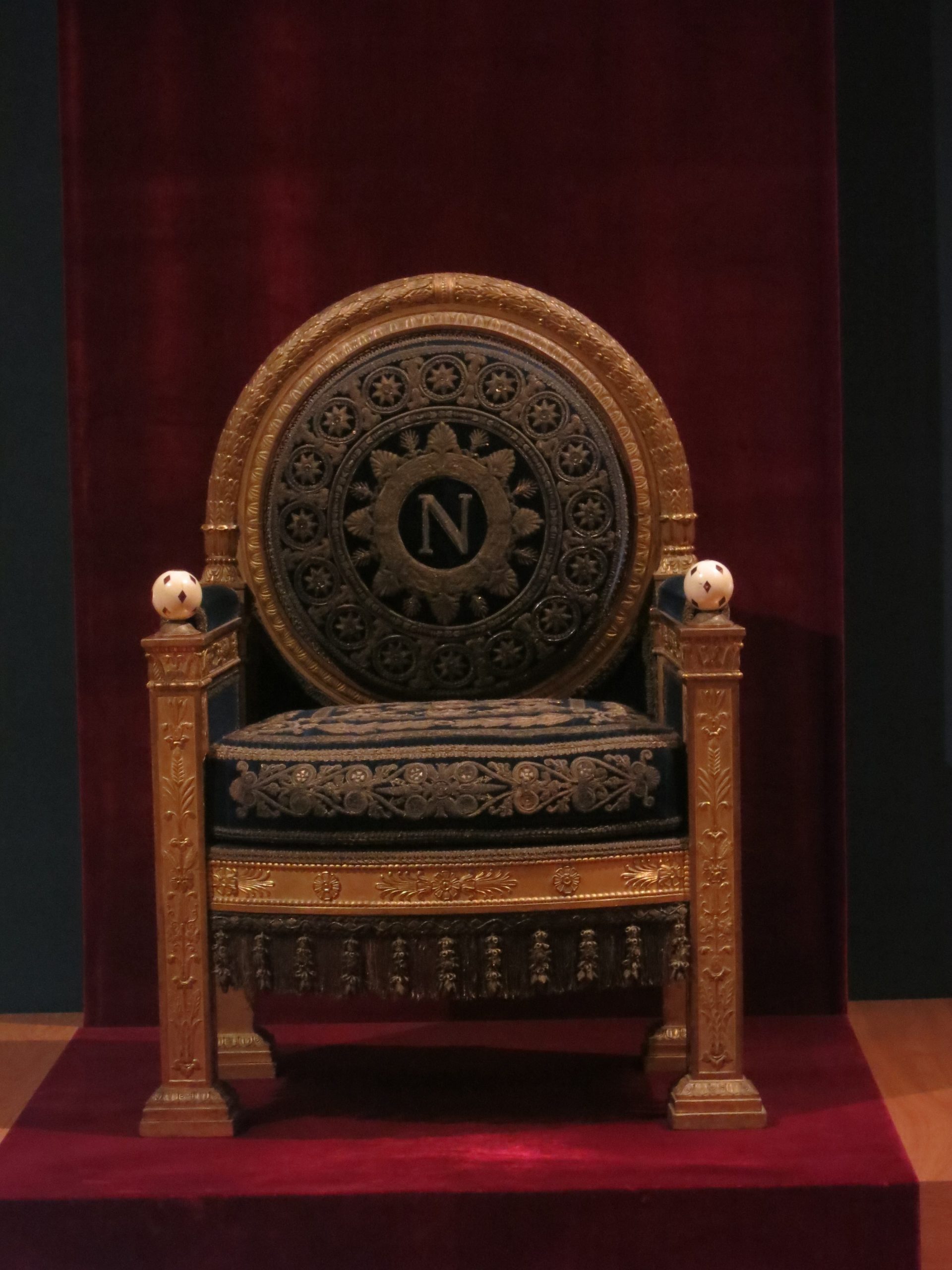 We saw far more than the four items that we put into the Nintendo as our route took us to far flung parts of the museum.  The Louvre is so large that you could spend weeks wandering around and still not see it all.  We found that the money spent on the guide was well worth it, we were able to stop as we went around and click on descriptions of what we saw or equally to walk on by the stuff that didn’t grab our imagination.  Mind you visiting the Louvre with Children was probably made easier by having help with programming the Nintendo 3DS!

LOUVRE MUSEUM, PARIS
Admission: €15 adults, under 18’s free (free for all on the first Sunday of the month)
Nintendo 3DS Audio Guide: €5

Whilst we were in Paris we stayed at the Novotel Les Halles which had the advantage of being a short direct Metro trip away from Gare du Nord where the Eurostar comes in and being walking distance from many of the things we wanted to see.  We also visited the Musée d’Orsay and took a photo tour and discovered a plethora of places to eat.  When not in galleries we saw plenty of street art including this Ballerina by the Seine.