Have you ever wandered through the quiet streets of Mayfair lined with Range Rovers and exotic sports cars and wondered what the interiors of the houses look like? Well for the next few days you have a chance to wander round one of them.

Dr Peter D Sommer was born in Berlin in 1940 and went on to forge a successful career as an economist and financier. In the early 1990’s he sold his business, moved to London and began to collect 18th century art and antiques in earnest and to travel the world in pursuit of fine Classical music performances. He purchased 47 Upper Grosvenor Street as his home and furnished it with his collection: now the collection is up for sale and on view where it was purchased to be seen. 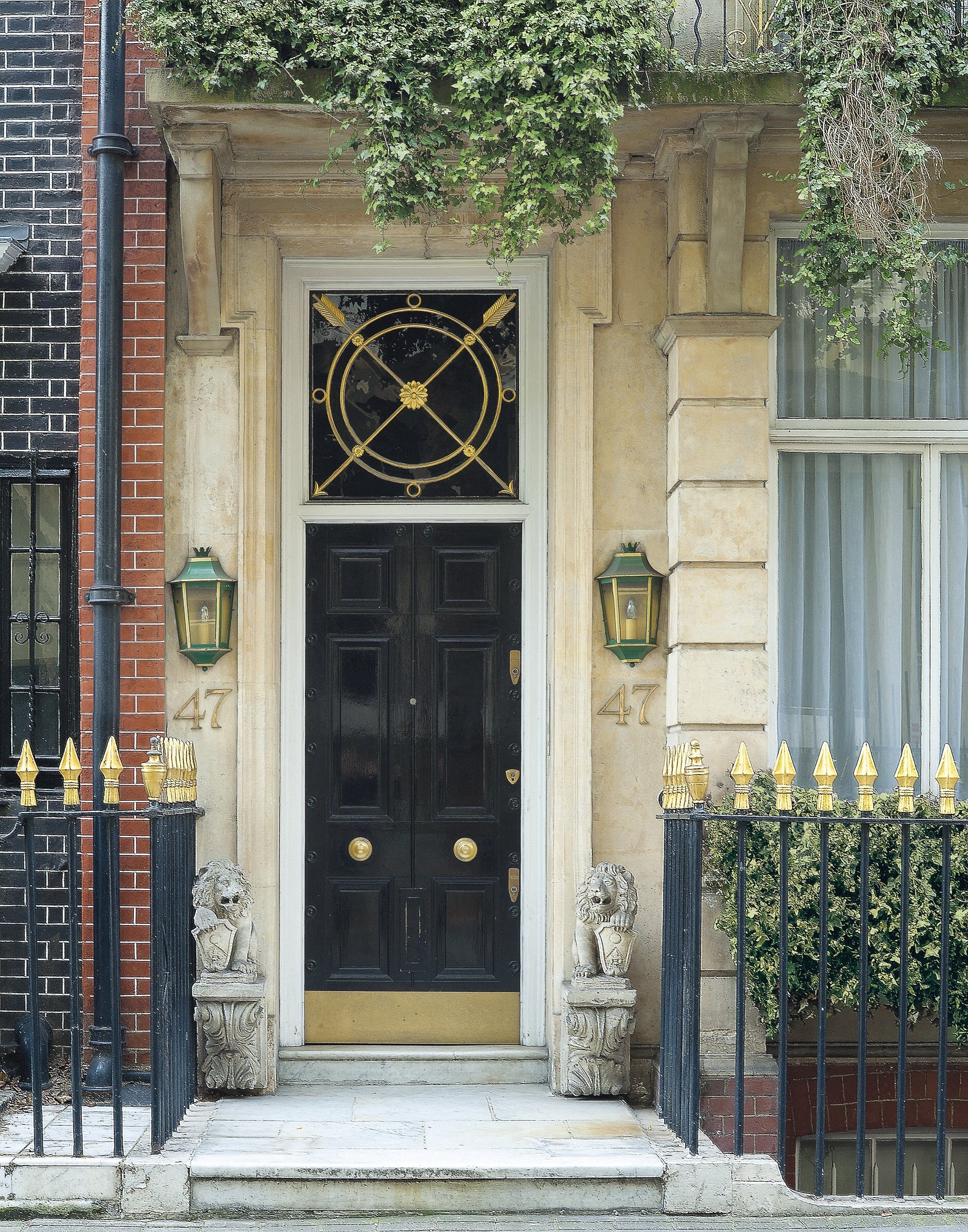 Once through the front door you are greeted by a room that is lavishly gilded and draped but it is not the gleam and the swags that grab your attention but rather a magnificent clock. According to the catalogue it is “Louis XV Ormolu mounted tulipwood, kingwood and bois-de-bout floral marquetry, striking month going, long case clock”. It is quite simply the tallest, most ornate and beautiful grandfather clock that you have ever seen. It once belonged to the Viennese branch of the Rothschild family, was then looted by the Nazis and in the late 1990s restored to the Rothschilds, who put it up for auction where Dr Sommer duly snapped it up. You can now do the same if you have a spare two to three hundred thousand pounds to spare. 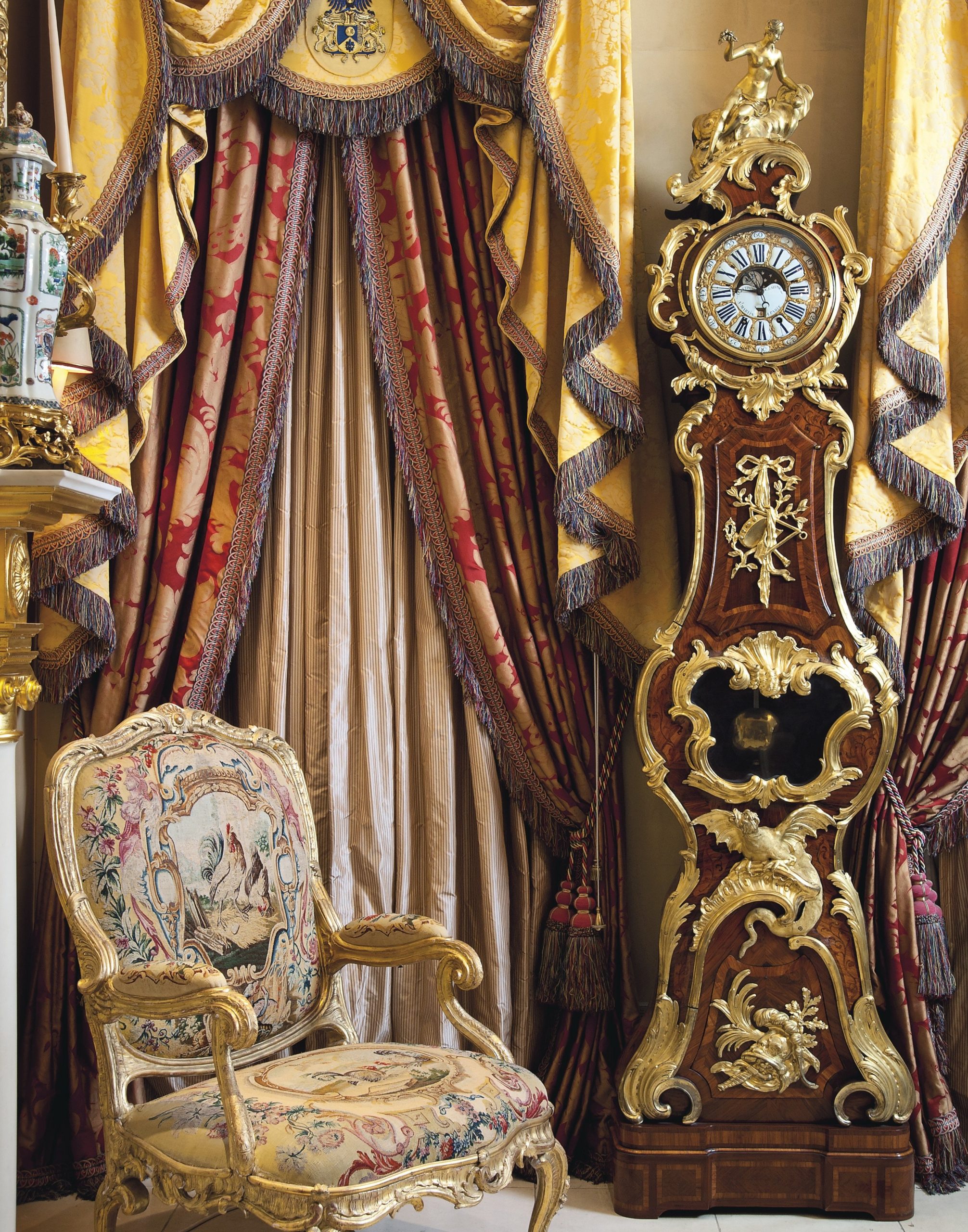 The other rooms on the ground floor are sumptuously dark in the manner of a Mayfair Gentleman’s club. In Dr Sommer’s study a carefully wound clock ticks discreetly in the background and you almost expect him to step in and read the Allgemeine Zeitung. In one corner lurks a fine leather porter’s chair that I am trying to persuade Mr CW lies within our budget. 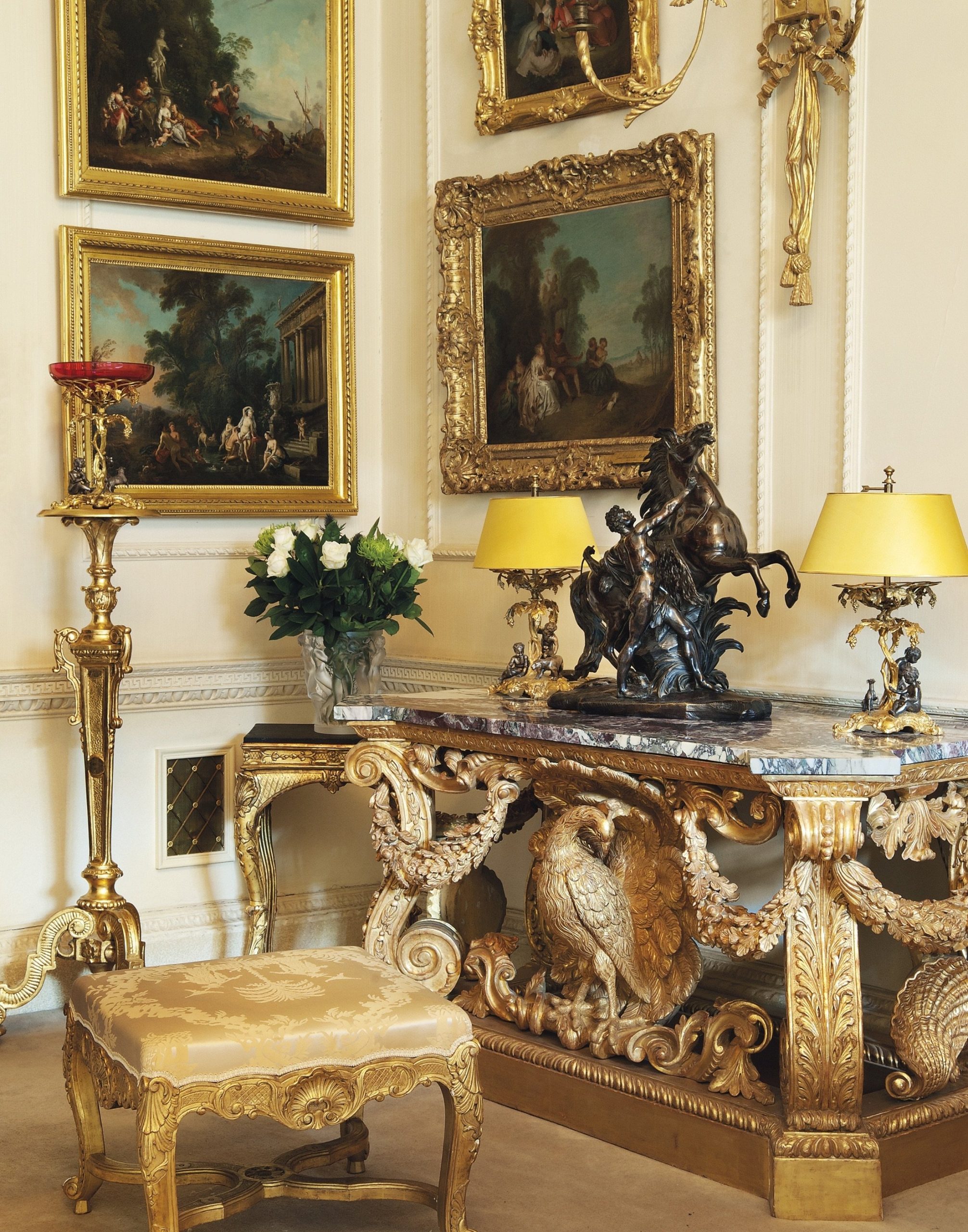 Once upstairs everything is cream and gold. It sounds brash and blingy but the effect is of warmth and cosseting. One room has three sets of intricate but sturdy Louis XV chairs. As you look around the room taking in the paintings, Lalique glass and exquisite marquetry tables (all at a price that I wouldn’t even try to convince Mr CW was viable) your eye is taken by the rug; an Aubusson that has an estimate of more than it cost to buy my first house. Meanwhile across the corridor is a large room with comfy sofas and so many stunning pictures you don’t know where to look first. Tucked away in a corner is a fragment of a Renoir painting.

Up another flight of stairs you encounter the master bedroom suite. Here the walls are adorned with tasteful nudes and slightly risqué historical prints. The bed its self is covered in eight pieces of black crocodile Hermes luggage all tagged and ready for auction. 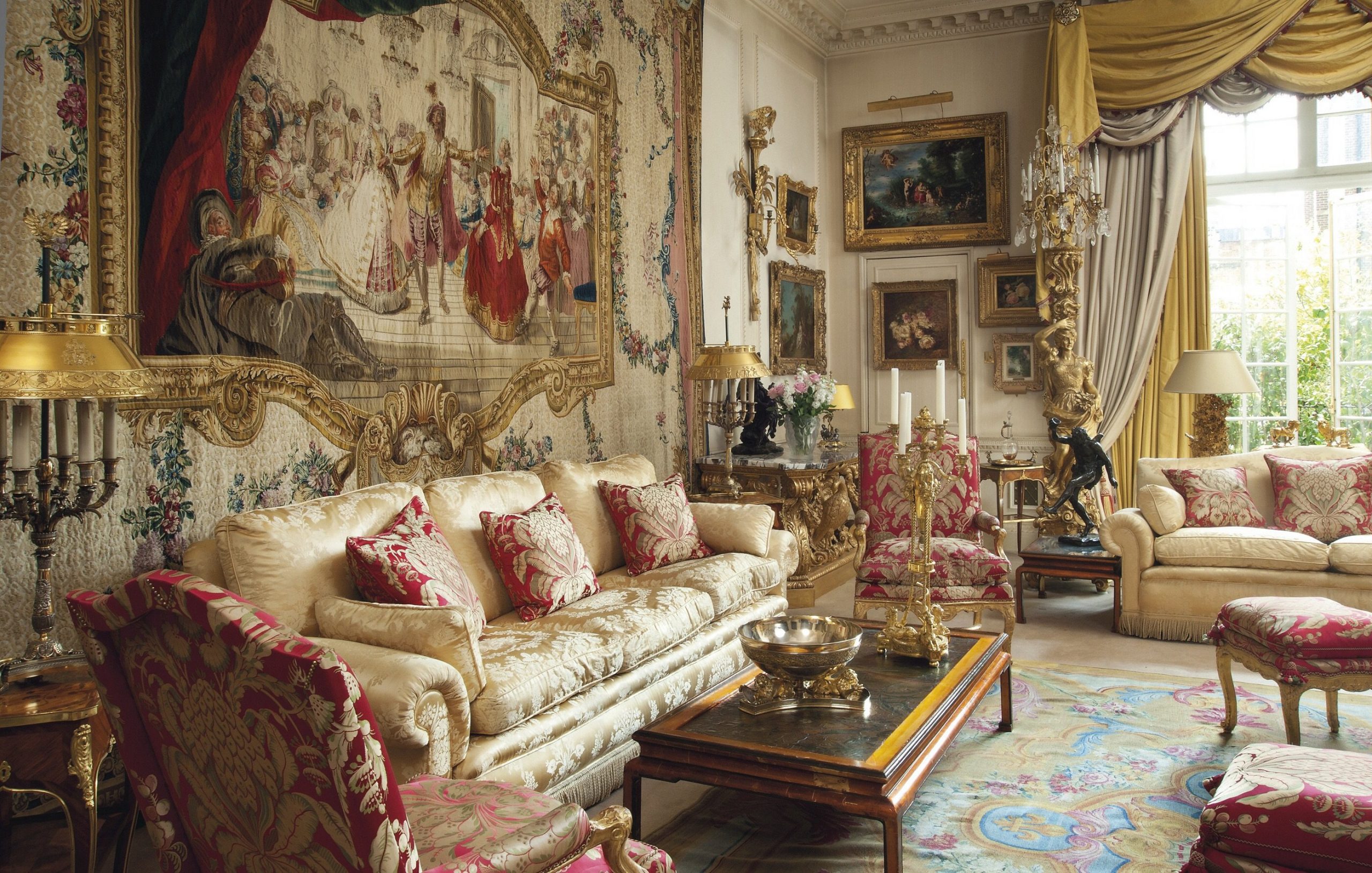 The contents of Number 47 go under the hammer at Christies on December 4 at their King Street offices. Up until then you can view them in situ. If you happen to be in the West End of London in the next couple of days I urge you to head to Mayfair and take a glance at life behind the black, silent doors. Prices range from about £500 to the price of a fair sized house (in Norwich rather then Mayfair).

My favoured coffee stop in Mayfair is Everbean at 30 Avery Row. If cosseted ease of the interiors at 47 Upper Grosvenor Street have whetted your appetite and you feel the urge to see another spectacular Mayfair interior why not pop into Claridges for cocktails or cucumber sandwiches.
A TOWNHOUSE OFF GROSVENOR SQUARE, THE COLLECTION OF DR PETER D SOMMER.