The Godmother and I often meet in Windsor for lunch as it is halfway between each of our homes but we’ve never ventured beyond the restaurant before.  This Wednesday we decided to break with tradition and visit Windsor Castle.  At £18 the ticket price is quite steep until you realise that, provided you have it stamped on the way out, your ticket is valid for a year so we will visit a different part of the Castle each time we meet.

You get an audio guide with your ticket and as you amble from the ticket office up toward the famous round tower the Prince of Wales welcomes you to his family home.  He points out that it is more like a small fortified village than anything else, as it is home to 150 people.  As the  Prince finishes his welcome you arrive at St Georges Gate and can peek through the gates, across a wide lush lawn to the Royal Residence.  We had previously watched a military band processing up toward the castle and now they were standing in the quadrangle playing rousing tunes. 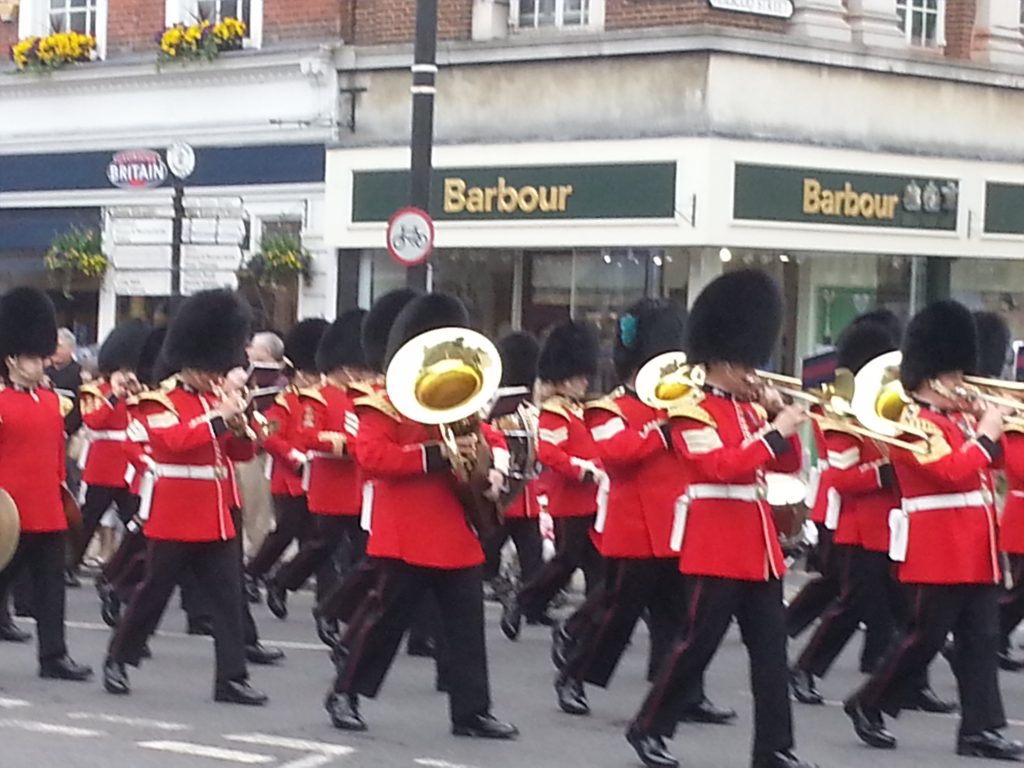 We decided to visit St Georges Chapel this time and save the State Apartments for later.  Edward IV started construction of the Chapel in 1475 and it was completed  50 years later by Henry VIII.  Nine Kings are buried here and  some have elaborate tombs.  Edward VII has a splendid and very Edwardian memorial, whilst others like Henry VIII just have a plain marble slab to commemorate them.

At the end of the 15th century the wide vaulted stone roof was revolutionary, it remains extraordinary today.  The whole thing  is studded with bosses, there is a handy mirror for you to study them with without getting a crooked neck.  Several of the bosses have what looks like a cut throat razor but is a Hemp Brake or Bray and the badge of Sir Reginald Bray.  He was Henry VII’s principal minister and when work stalled on the building of the chapel Sir Reginald left  enough money to ensure its completion.  His generous gift is commemorated by his badge appearing 175 times throughout the chapel.  In a modern twist you can adopt a boss for sums between £150-£1,000 which will be put toward cleaning and restoration. 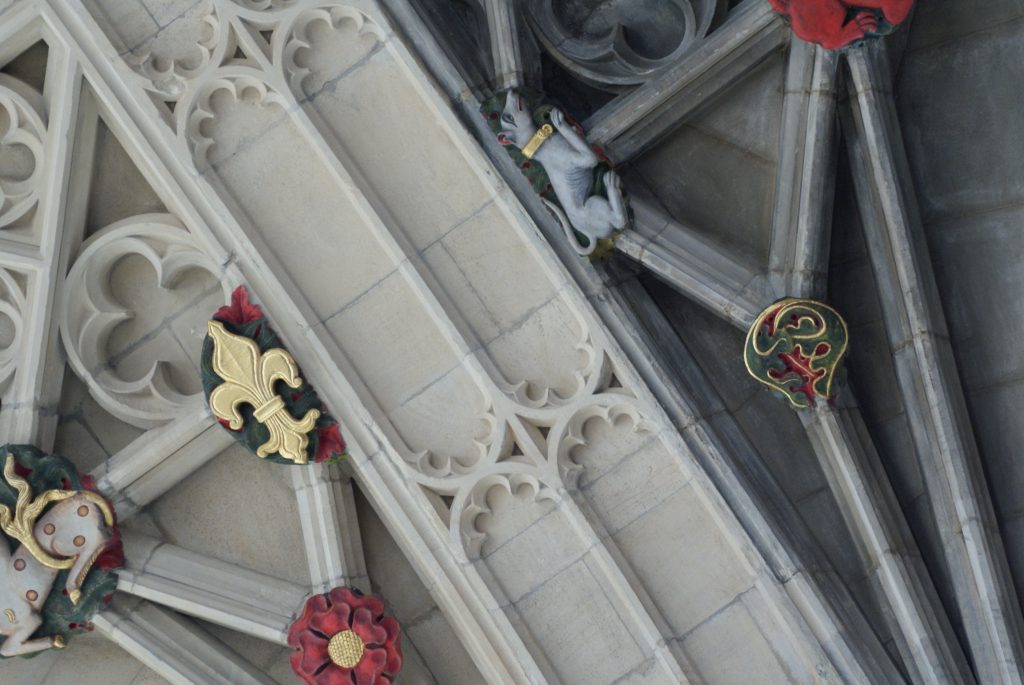 An oriel window overlooks the heart of  the Garter Chapel, home to Order of the Garter, it was built so that Catherine of Aragon could view the services.  The Chapel itself is a magnificent place adorned with the badges and pennants of the current Knights and Ladies of the order.  At any one time there are 24 knights appointed by the Queen, in addition to Royal Knights and Stranger Knights who are foreign royalty.  Each has their own choir stall marked with a badge and a flag, when a Knight dies the insignia is removed and a bare head remains until a new member is appointed. 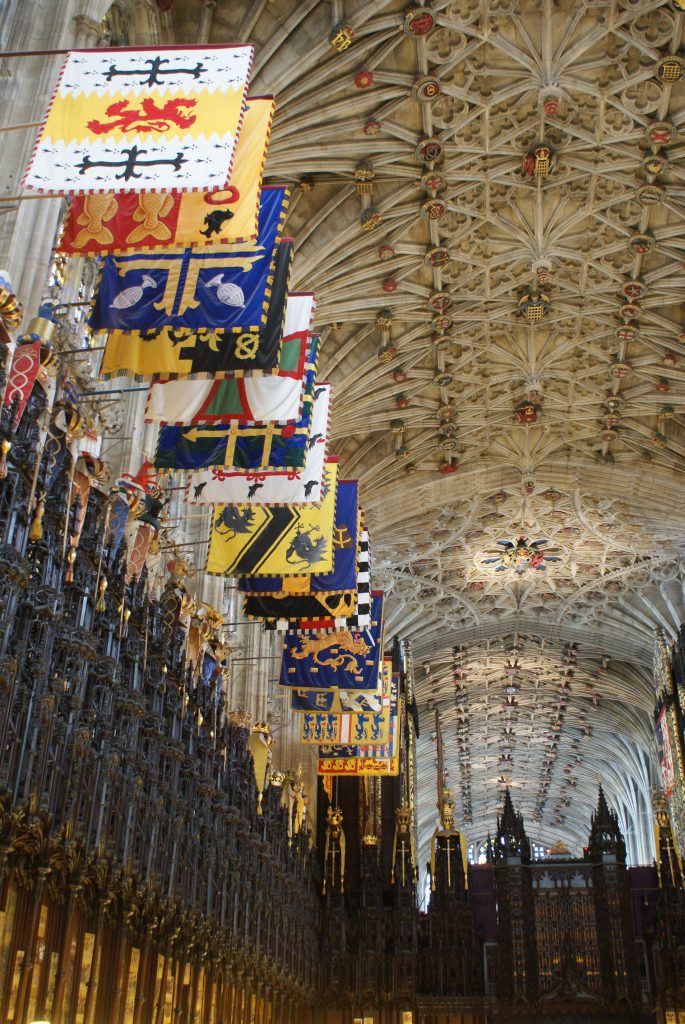 The chapel has always been a place of worship and there are daily services which anybody can attend.  We were not in Windsor at the correct time for a service but will plan ahead next time, times of services can be found on the Chapel website.  Always check the Windsor Castle website before making a special visit as the Castle is sometimes closed for State visits and the like, as the Prince of Wales says in his introduction it is very much a working castle.  Kirsten and I are creatures of habit and always have our lunches in Café Rouge, we like the prompt service and the fact that there is always a voucher.

Check the website for opening times as State occasions sometimes mean that the castle will be closed.