London is an amazing city but it can be a pricey one.  Keeping your teens entertained needn’t cost a fortune and here are my top 10 free things to do in London with teens. 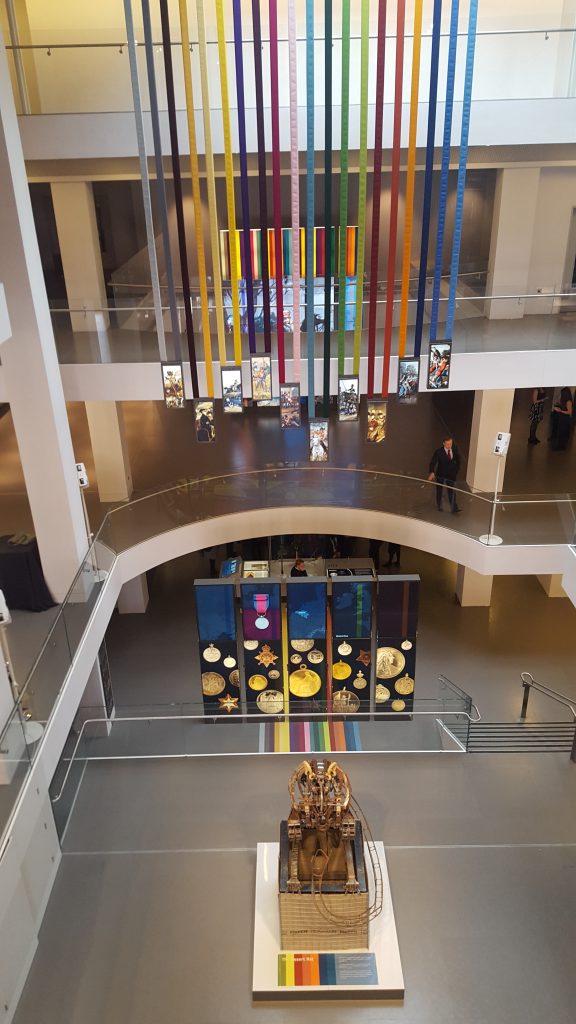 Everything you wanted to know about the British Army and lots more.   The stand-out fact for me was that there was no British Army as such until the Civil War.  We shall be going again soon to help make the ‘War through time’ module of GCSE History syllabus a bit more palatable and understandable. Read more about our visit here. 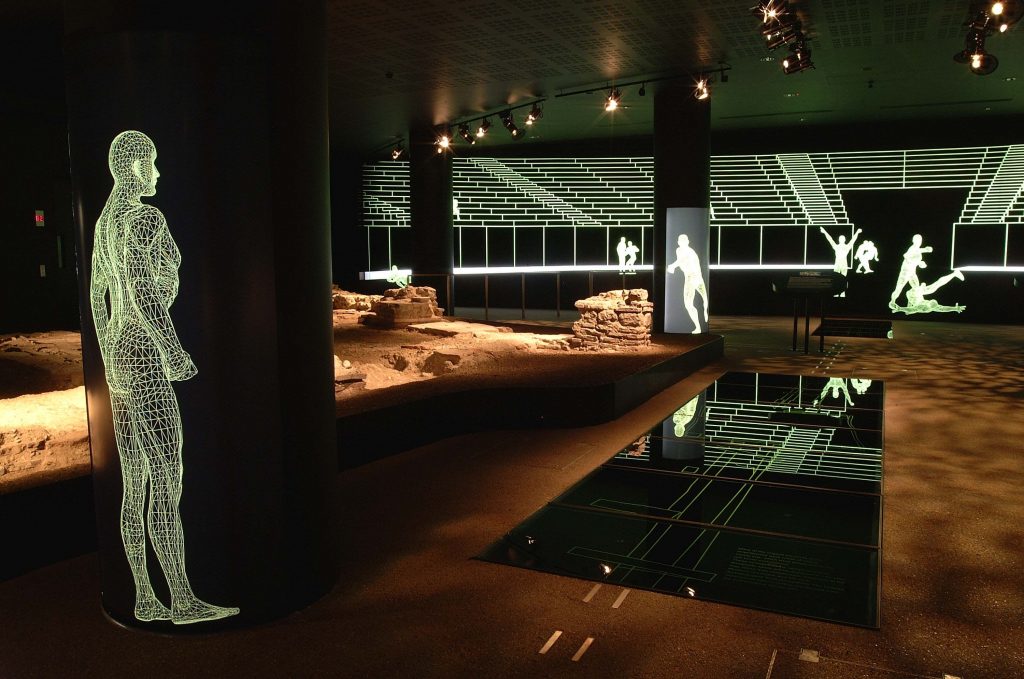 Tucked away deep beneath the City of London are the remains of London’s Roman Amphitheatre.  To get there you need to go to the Guildhall Art Gallery, walk past all the paintings, round corners, down stairs, down more stairs and finally through a set of double doors (don’t worry, there are signs).  Once through the doors, it is hard to imagine that a moment ago you were in an art gallery.  Low walls stretch out, beneath your feet you can see real Roman sewers and clever lighting recreates the stands around you.  You can read about our visit here. 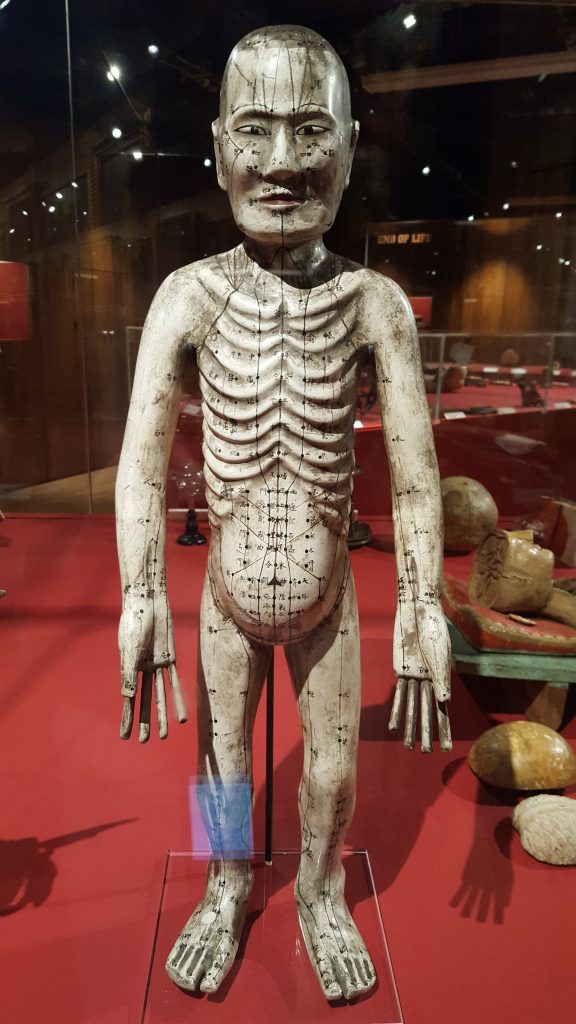 Napoleon’s toothbrush, mummified babies, used guillotine blades and this handy model showing acupuncture points are just some of this things on display in this fabulously quirky collection. Sir Henry Wellcome founded the eponymous pharmaceutical company and used some of his money to amass this medically-related stash of things.  It is the perfect place for the incurably curious.  It has a great café too. 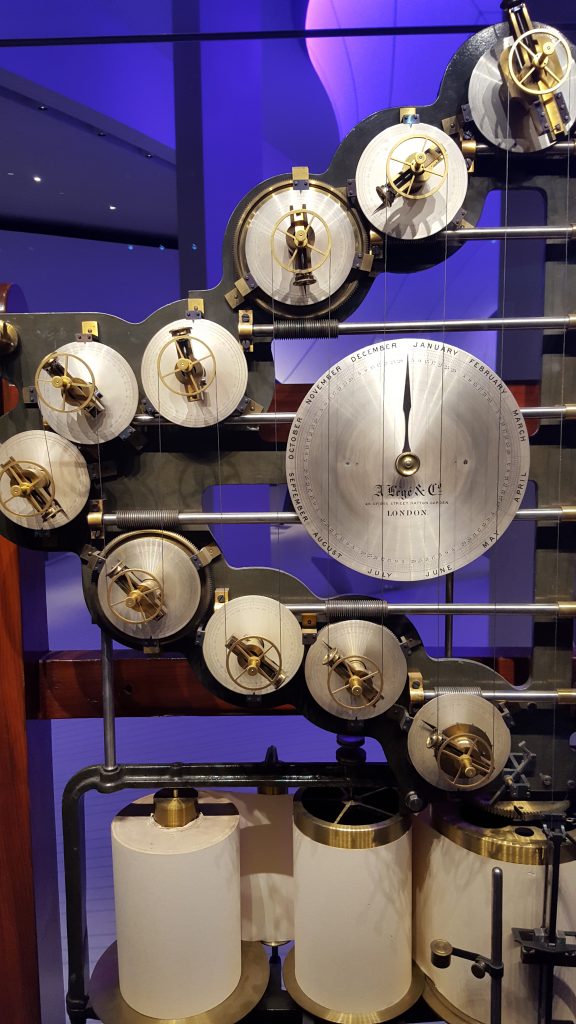 Maths: just lines of dull numbers or the most beautiful thing imaginable?  The Maths Gallery at the Science Museum will convince you of the magic and possibility of numerical mastery.  Even the most reluctant teen museum visitor will be smitten by the computers.  You can read more about our visit here. 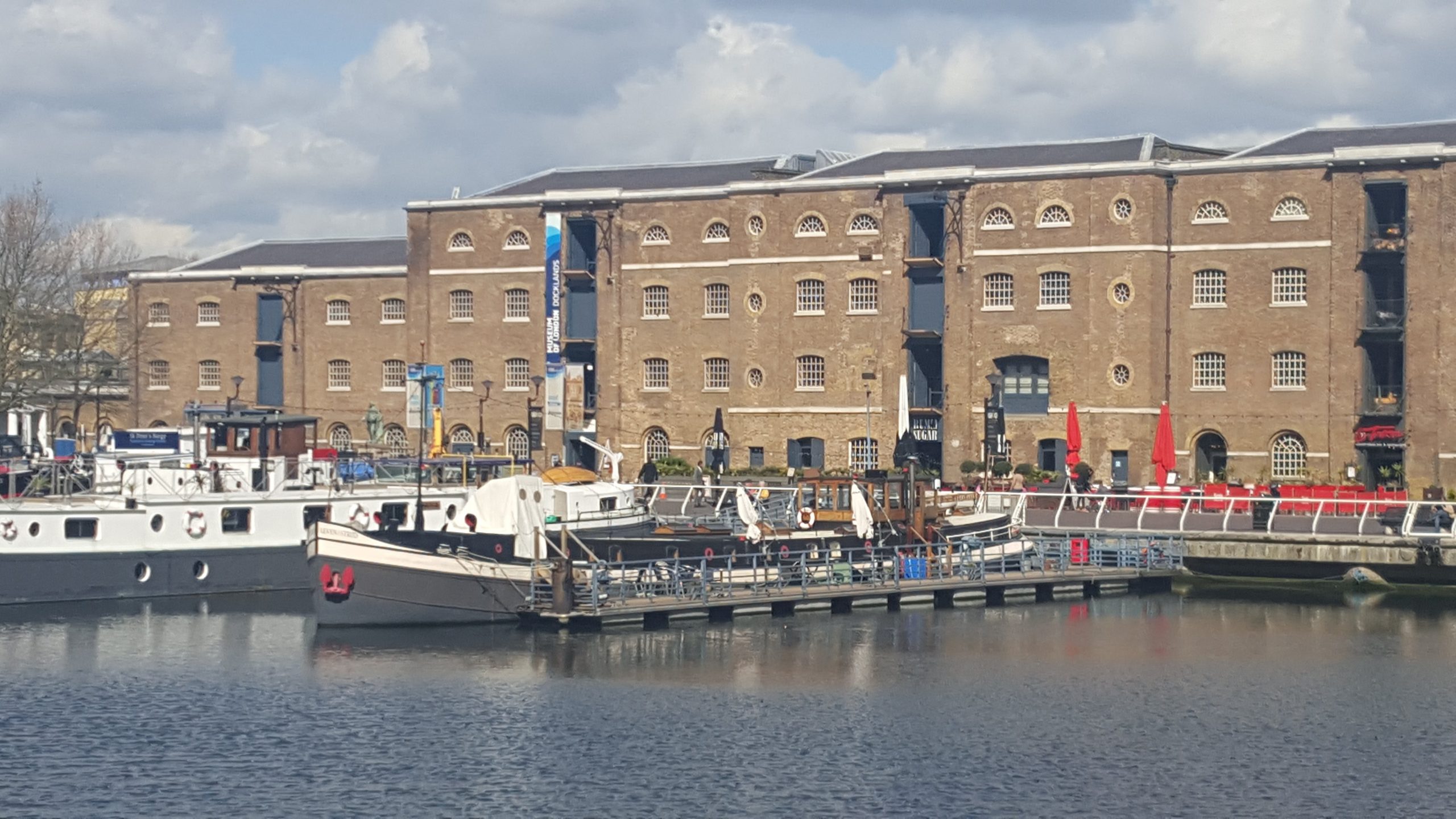 Tall tower blocks make London’s Docklands feel more like America than Britain.  The Museum of London Docklands tells the tale of the area from being the commercial heart of Empire to global financial centre.  Even better, the journey to the museum is best made on the DLR with its driverless trains, my teens no longer enjoy sitting at the front and pretending to drive the train but I have great fun doing so (whilst they skulk at the back disowning me).  Read more about our visit here.

STROLL ALONG THE SOUTHBANK 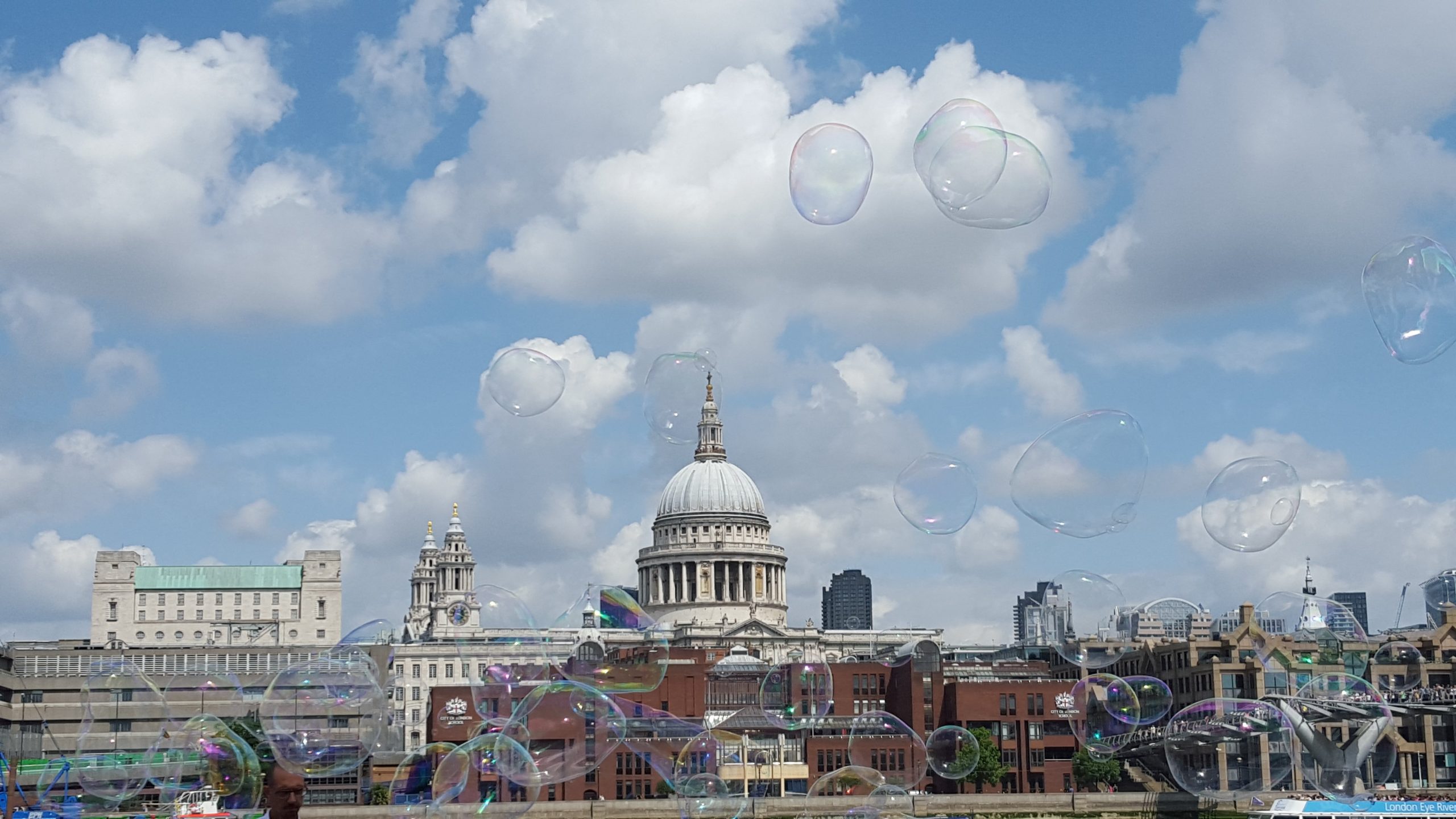 Great views and more silver men standing still than you can shake a stick at are to be had as you stroll along the Southbank of the Thames.  Get off the train at Blackfriars, walk along the north bank for a little way before heading over the Millenium Bridge (aka the Wobbly Bridge) toward Tate Modern.  Maybe pop inside (also free) and ascend the Switch House for panoramic views over London.  Then head east toward the Royal Festival Hall: on your way you will past golden sandy beaches and skateboarders perfecting their skills under the Queen Elizabeth Hall.  My teens love selecting lunch from the street food market behind the Royal Festival Hall.

Teens of both genders may like coming face to face with the Laughing Cavalier but it will probably be the boys that appreciate the world class collection of armour.  Whole suits of horse armour and intricately chased suits designed to be admired in rather than actually worn into battle as well as more workmanlike examples are on display.  Elsewhere you can see Marie Antoinette’s desk and many, many fine pictures.  Read more here. 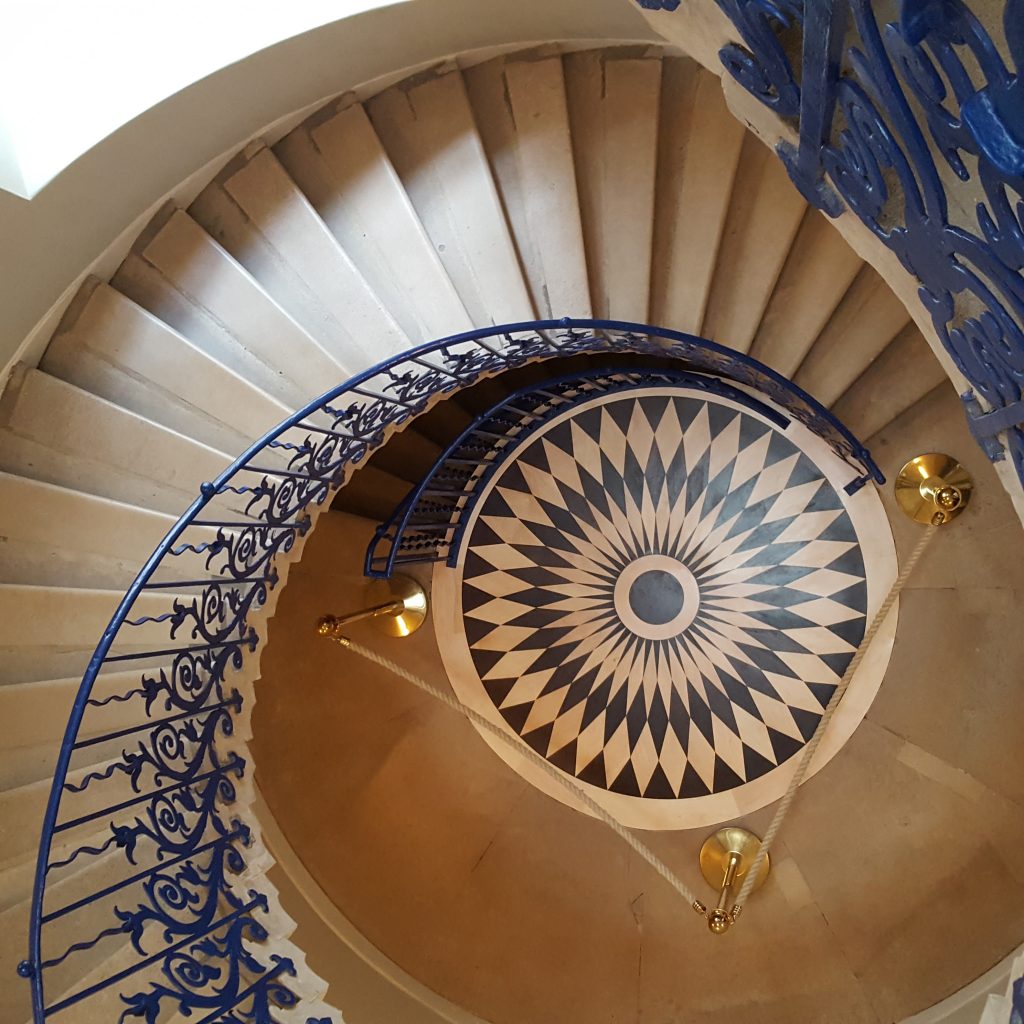 Greenwich, to the south of London, was a favourite residence of the Royal family for many years.  Henry VIII was born here.  Nothing remains of his palace as his Jacobean successors had the current spectacular collection of buildings put up in their place.  The Queen’s House was the first to be constructed, now it is home to an interesting collection of paintings and provides great views of the Observatory in one direction and the glittering tower of docklands in the other, read more about our visit here. 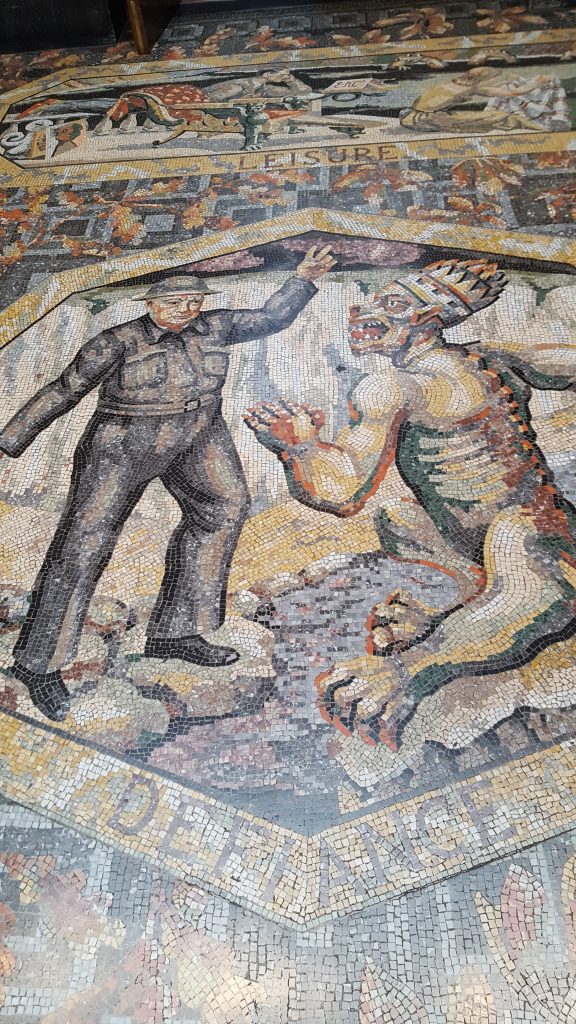 Renaissance masterpieces, Tigers striding through forests, Canaletto’s canals or Monet’s lilies: all these and more are on offer at the National Gallery.  I defy anybody to fail to find at least one image that they love in the National Gallery.  As you stride up the main staircase take time to look down at the magnificent mosaics depicting great figures including Winston Churchill. 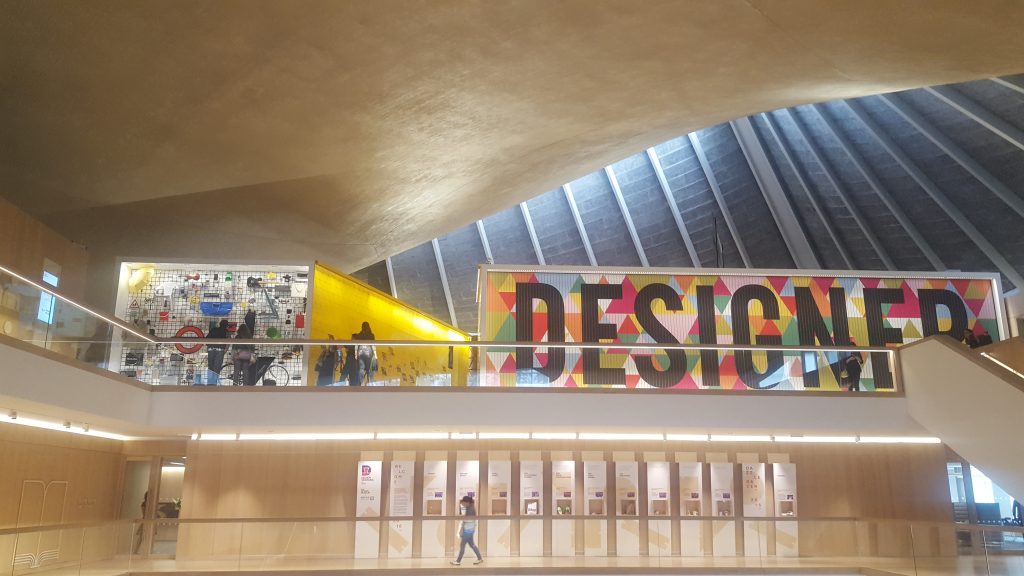 Jeans, jugs and an Olivetti typewriter are just a few of the things on display at the Design Museum in its swanky new home on High Street Kensington. The permament collection is located in the top right hand corner of the building. Take time to walk up and round walkways rather than catch the lift to take in the full grandeur of the space. Read more about our visit here.

Do you have favourite free places to take your teens in London? 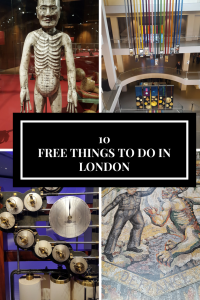