What do you need for girls getaway? Pampering, eye popping architecture, history, culture and cake.  Bath ticked all these boxes, with added Jane Austen, here is our list of Things to do in Bath.

EIGHT THINGS TO DO IN BATH

One of the Godmothers and I decided that we needed a mini-break after the school holidays.  Not long, just a night.  Long enough to laugh, see interesting stuff and float in spring water.  Bath, easy to get to and lots of things for a girl to do, was where we chose.  Here is what we managed to fit in. 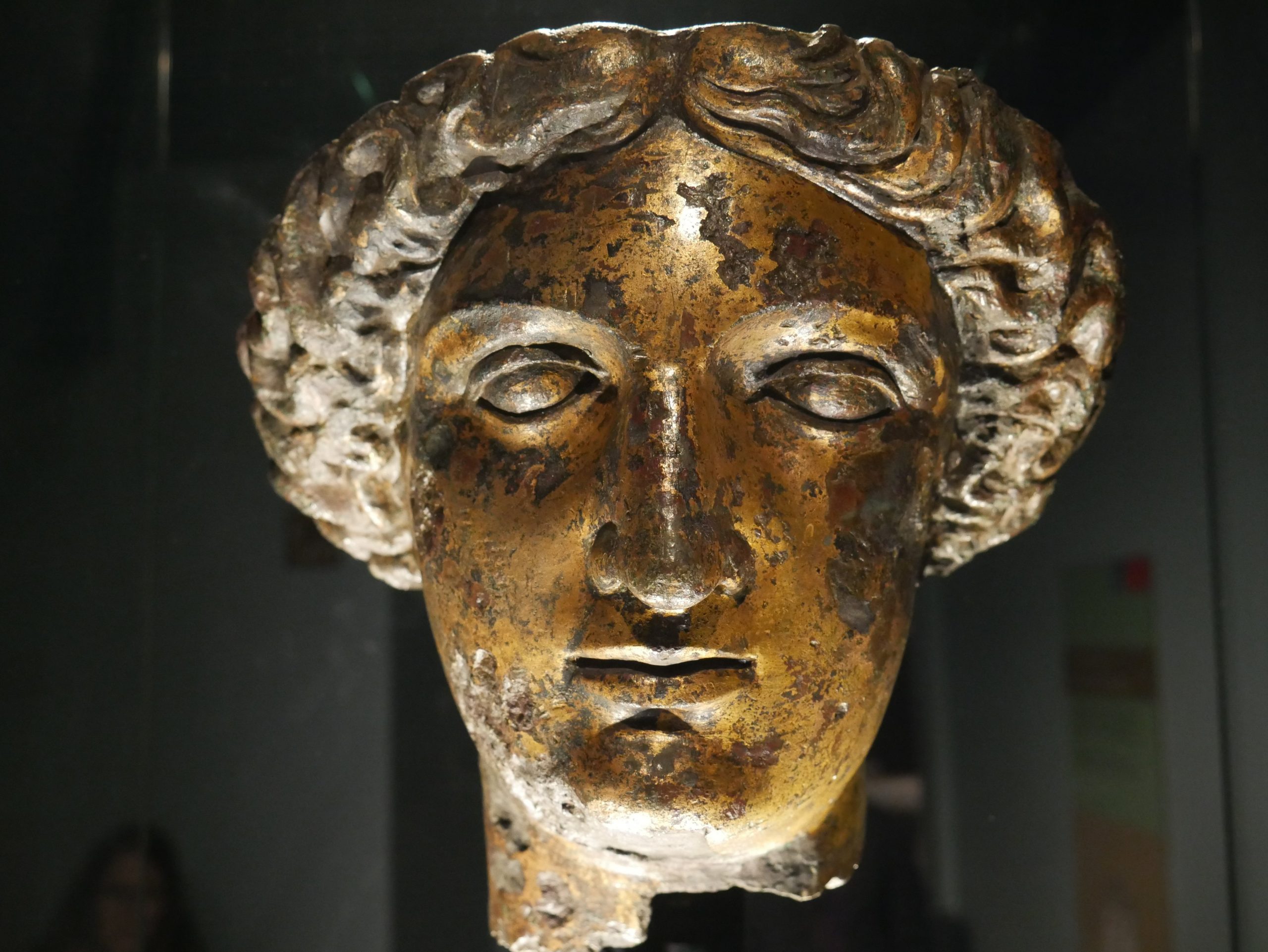 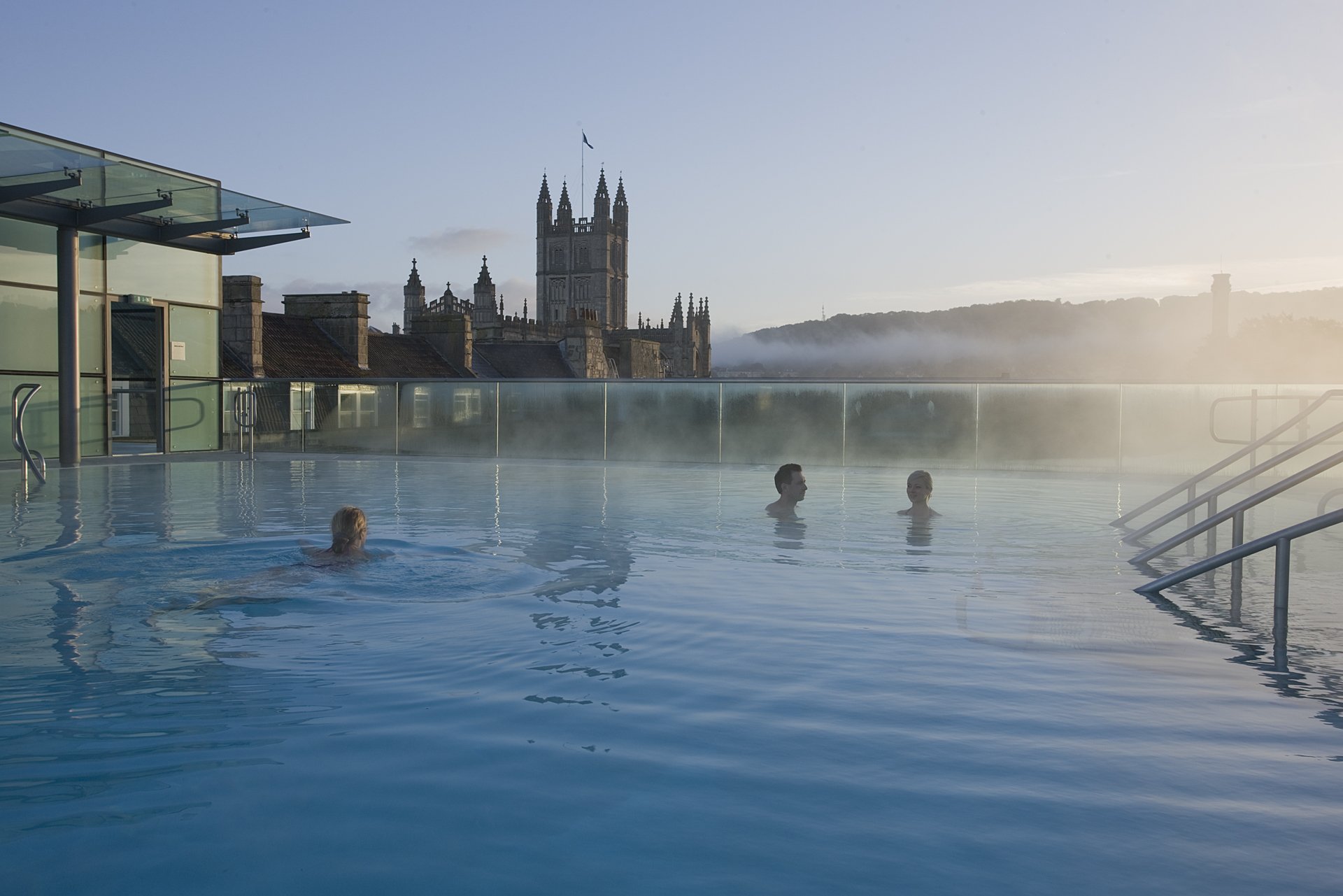 People have been going for a spa break in Bath to since before the Romans.  We saw no reason why we should be any different and luxuriating in warm natural spring water in the roof top pool at Bath Thermae Spa was top of our list.  You can read all about our morning Taking the Waters in Bath here.

Right next door to the modern spa are the Roman Baths.  Well, we call them Roman but in actual fact it was the Celts that first started wallowing in the waters at Bath, it was the Romans that built  the impressive complex bath complex.  Roman bathers progressed from the caldarium (hot bath) to the tepidarium (cool) and into the frigidarium (you’ve guessed it, cold!).  Nowadays you can see the excavated remains of all these. 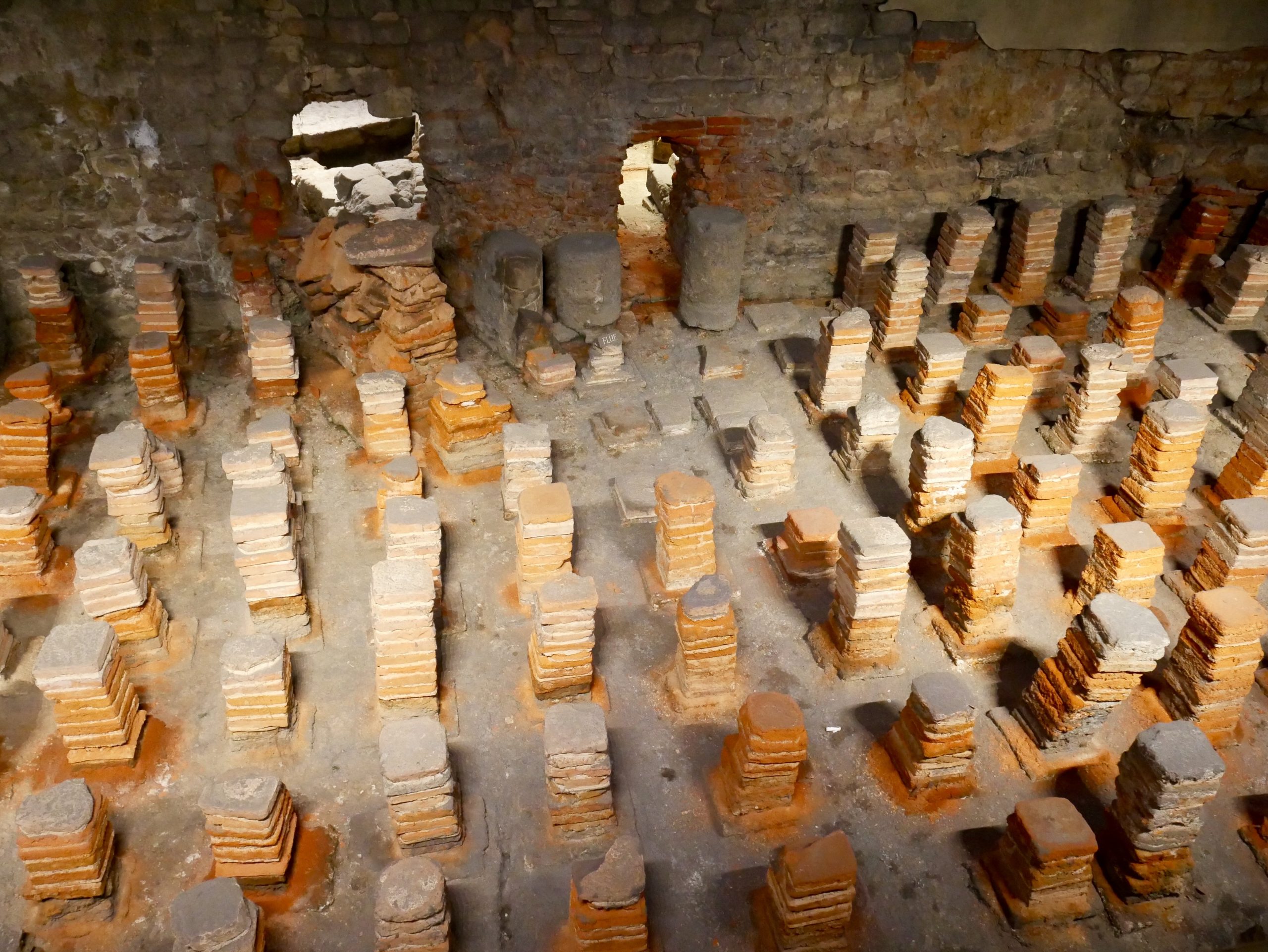 Much rebuilding has occurred since the Romans.  The elegant surroundings on the main pool that we see today were built in the 18th century.  However tempting the water looks …. do not touch and certainly don’t drink it as the water quality today is not what it was in centuries gone by. 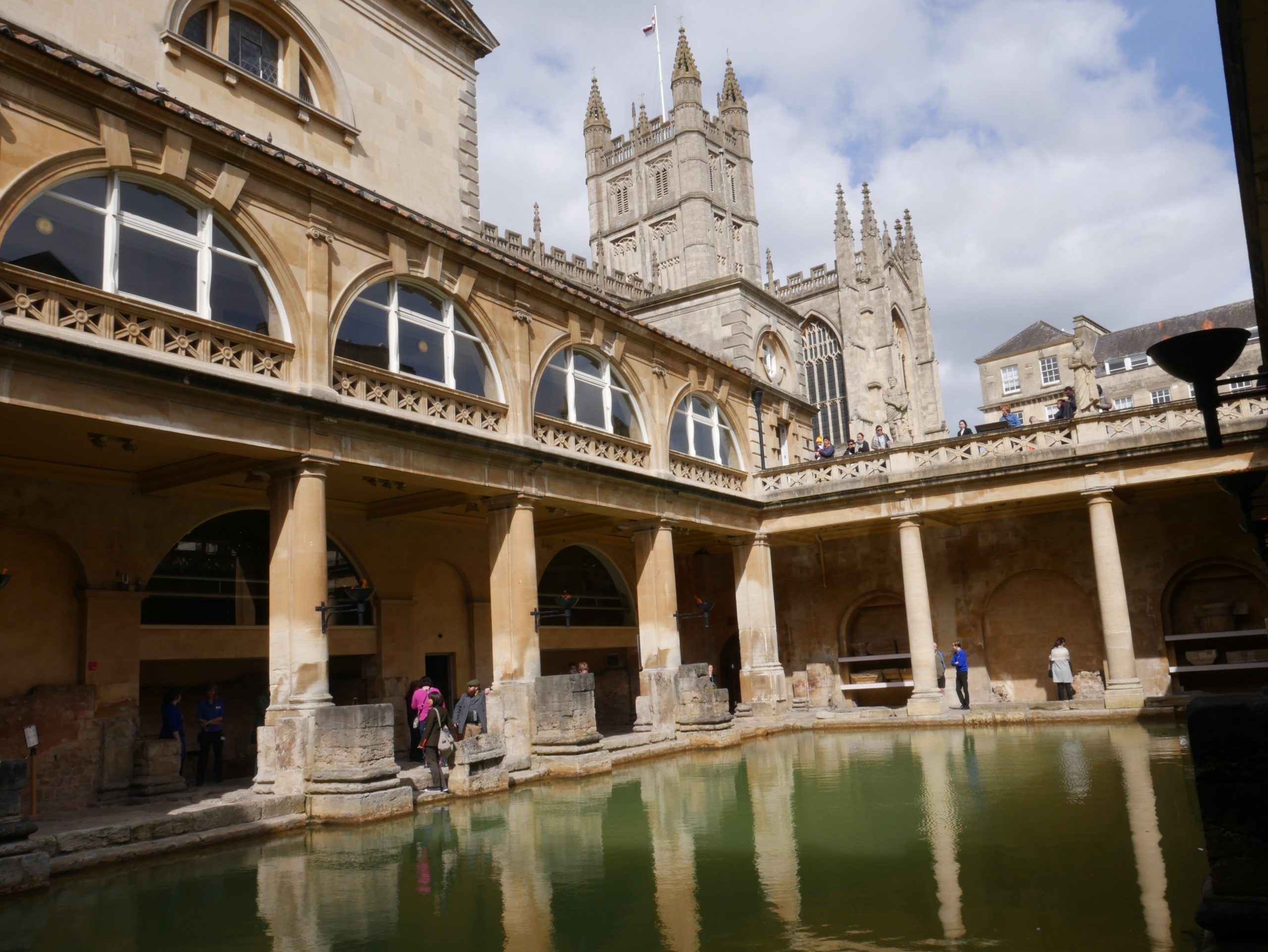 You enter the Roman bath complex via a Victorian concert hall.  Make sure you look up as you snake round in the queue to buy tickets. 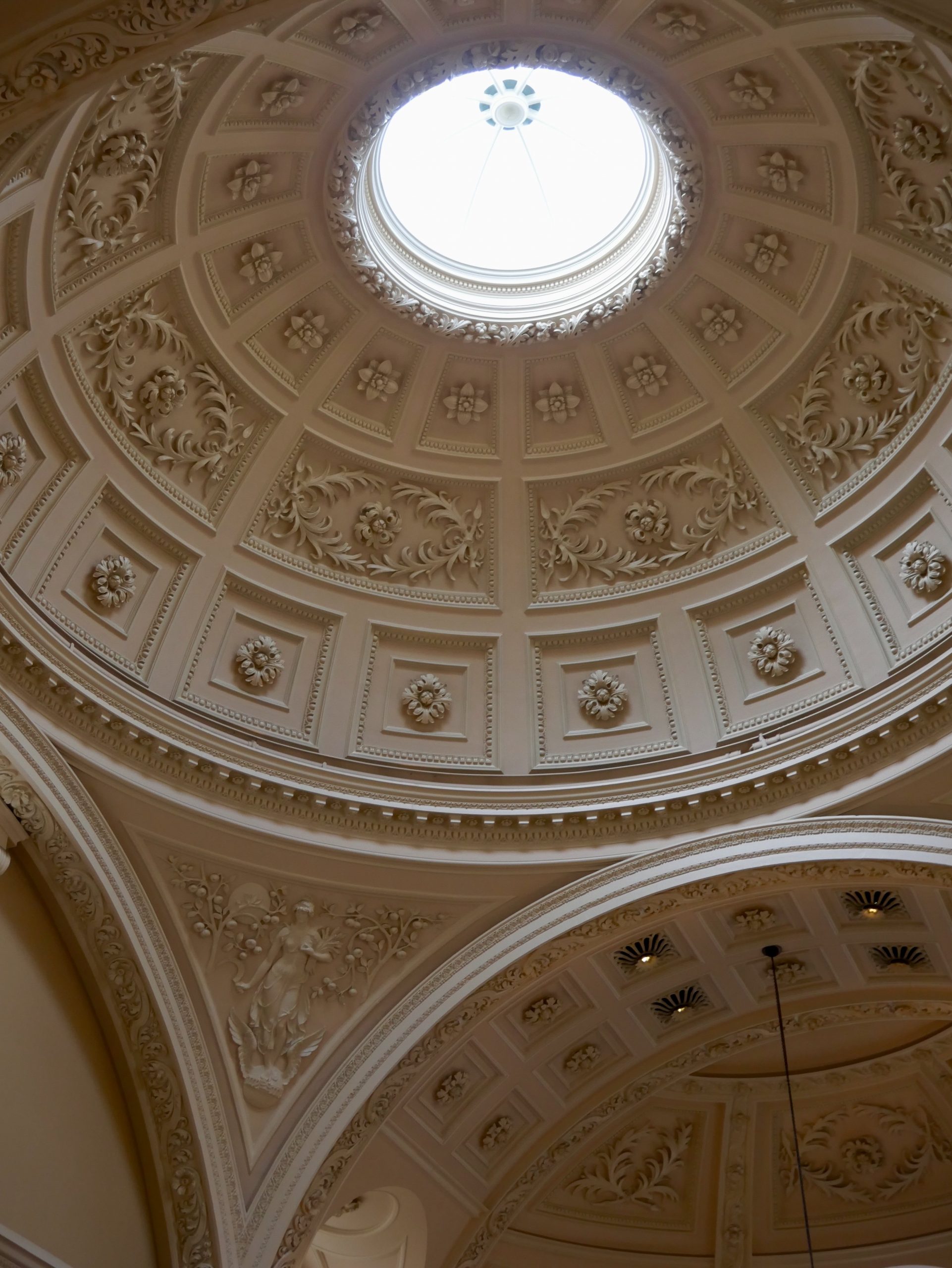 AFTERNOON TEA AT THE PUMP ROOMS

Georgian visitors to Bath would flock to the Pump Rooms to drink the spring water.  Nowadays you can sip the curiously warm waters from a special tap at the Roman baths but step next door for afternoon tea at the Pump Rooms.  Dainty sandwiches, scones, cream and tea …. what more could a girl want. 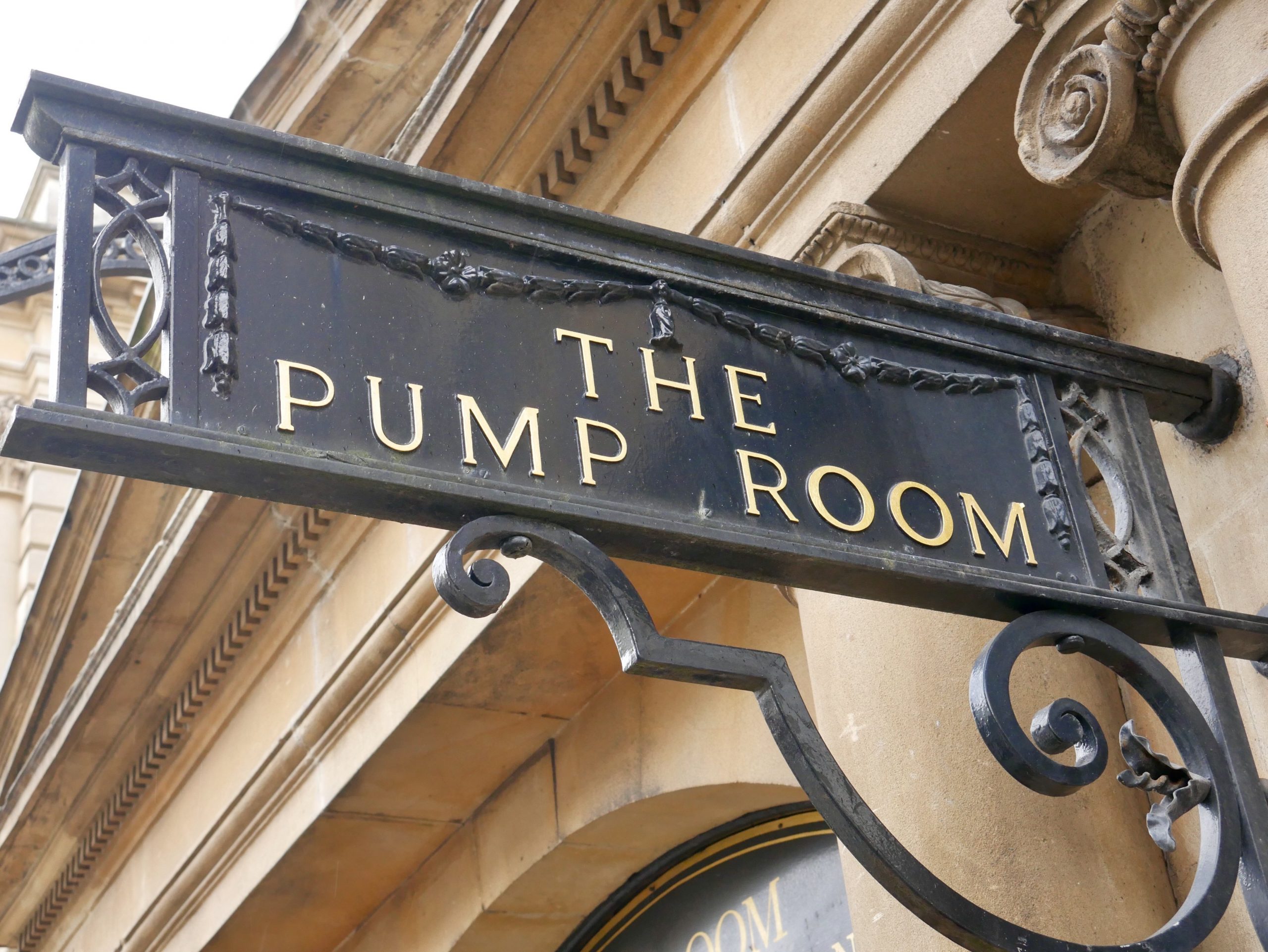 COST: Afternoon Tea starts at £26 per person and get more expensive if you want champagne.

Turn right as you exit the Pump Rooms and the west from of Bath Abbey rears up in front of you.  Look carefully at the carvings that tell the tale of how Bishop Oliver King had a dream that led him to restore the Norman Abbey in 1499.  Make sure that you go inside as the interior is stunning. 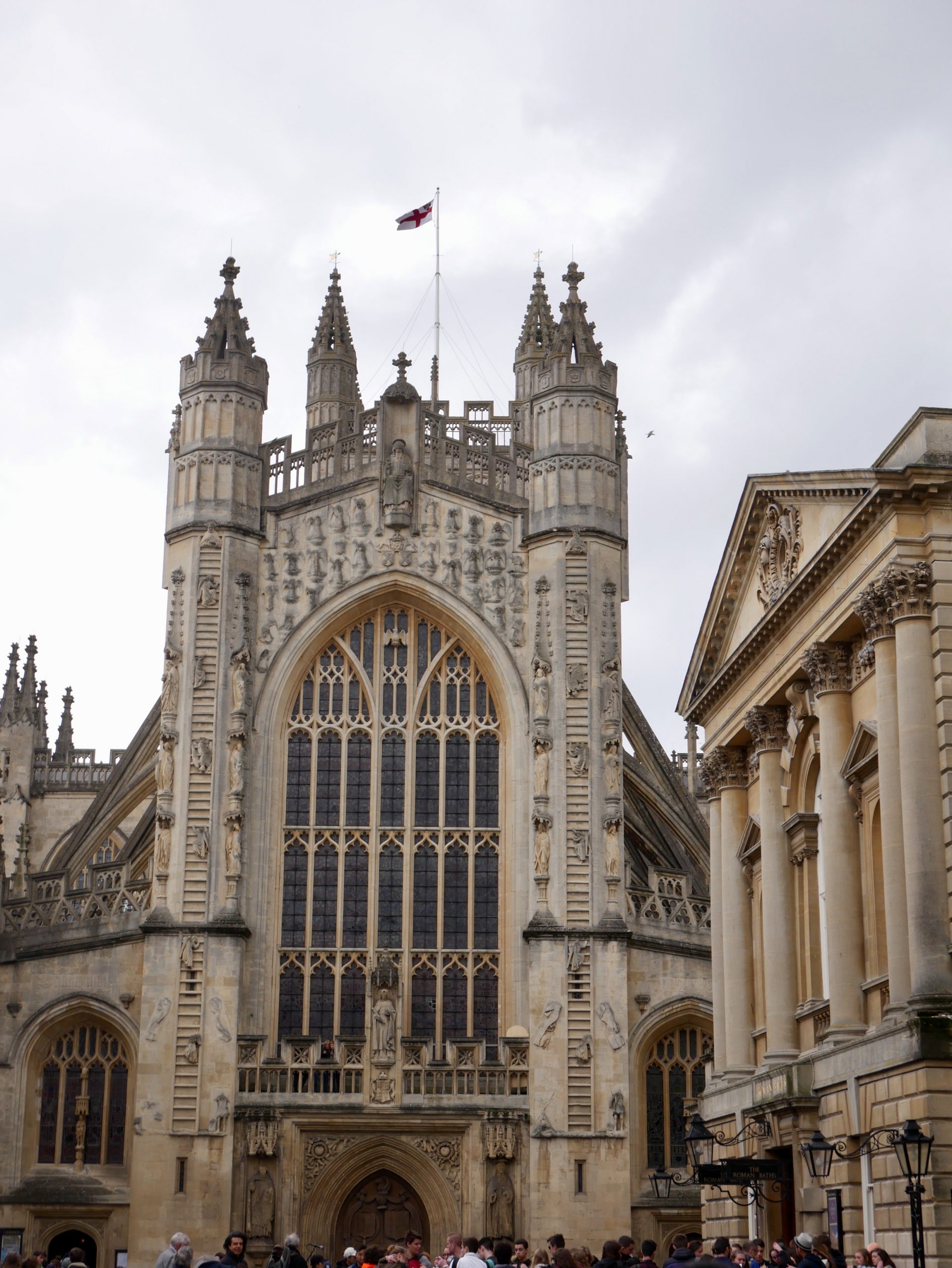 Once you are in, look up.  The whole ceiling is covered with the most stunning fan vaulting.  In the aisles the vaulting is from the sixteenth century and in the nave a Victorian restoration, can you tell the difference?  Take advantage of the mirrors that let you examine the vaulting without getting a crick in your neck. 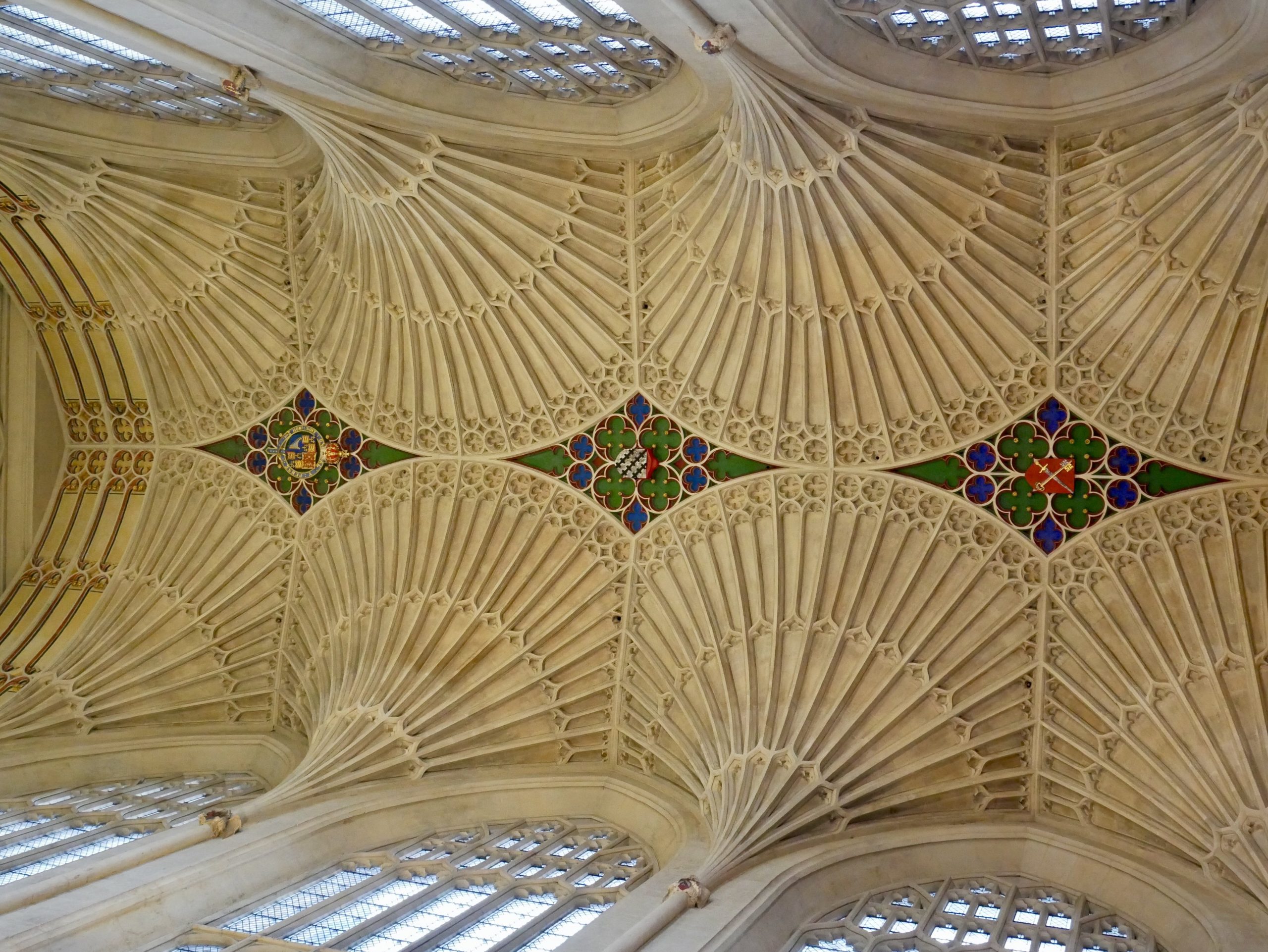 Also Victorian, is the great east window above the altar. 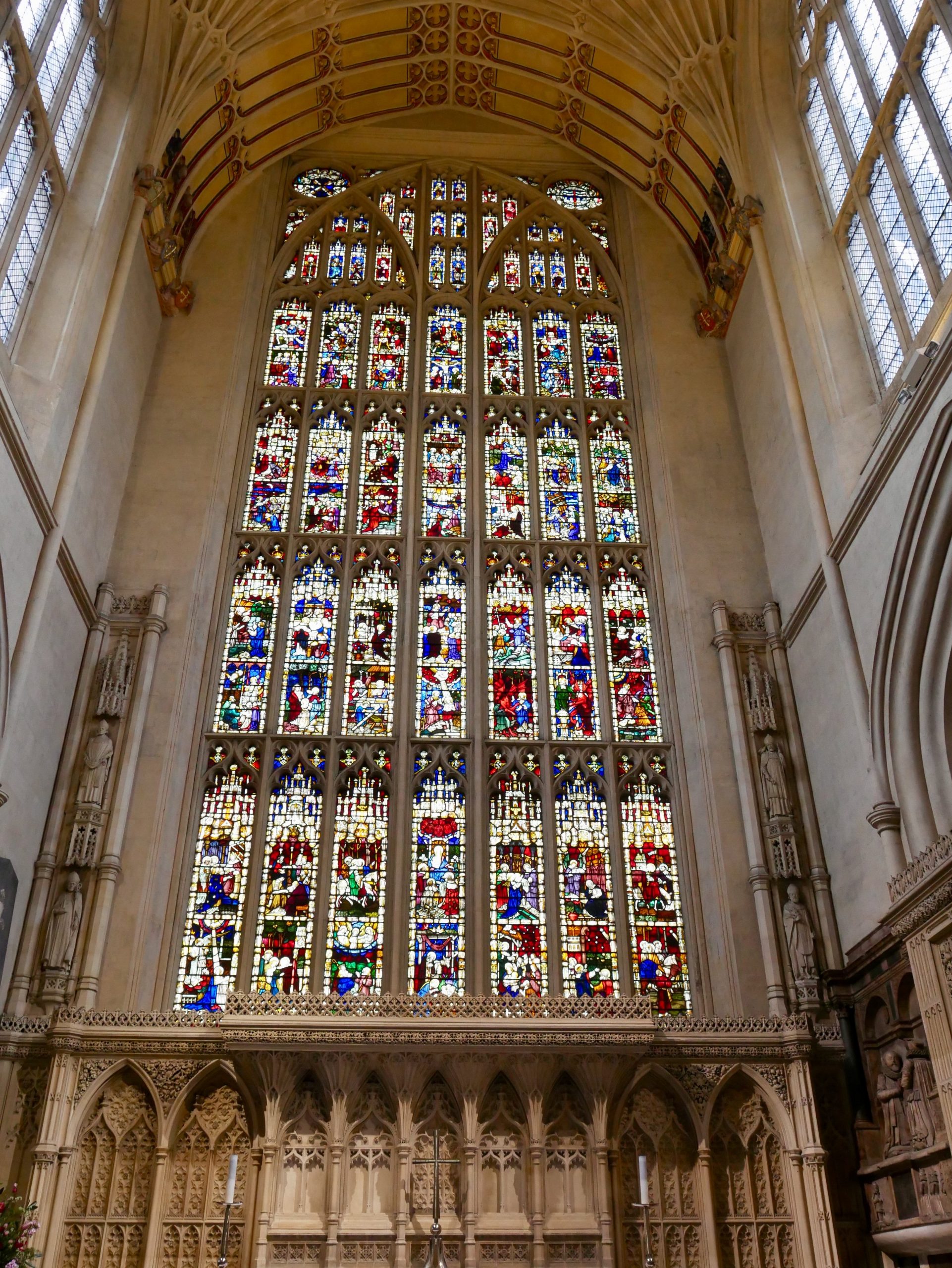 James Montagu has a very impressive tomb, he was Bishop of Bath of Wells for a time and wanted to be buried in Bath Abbey to encourage others to donate to the Abbey.  Entrance to the Abbey is free, so maybe take inspiration from James and make a donation toward the upkeep of the Abbey. 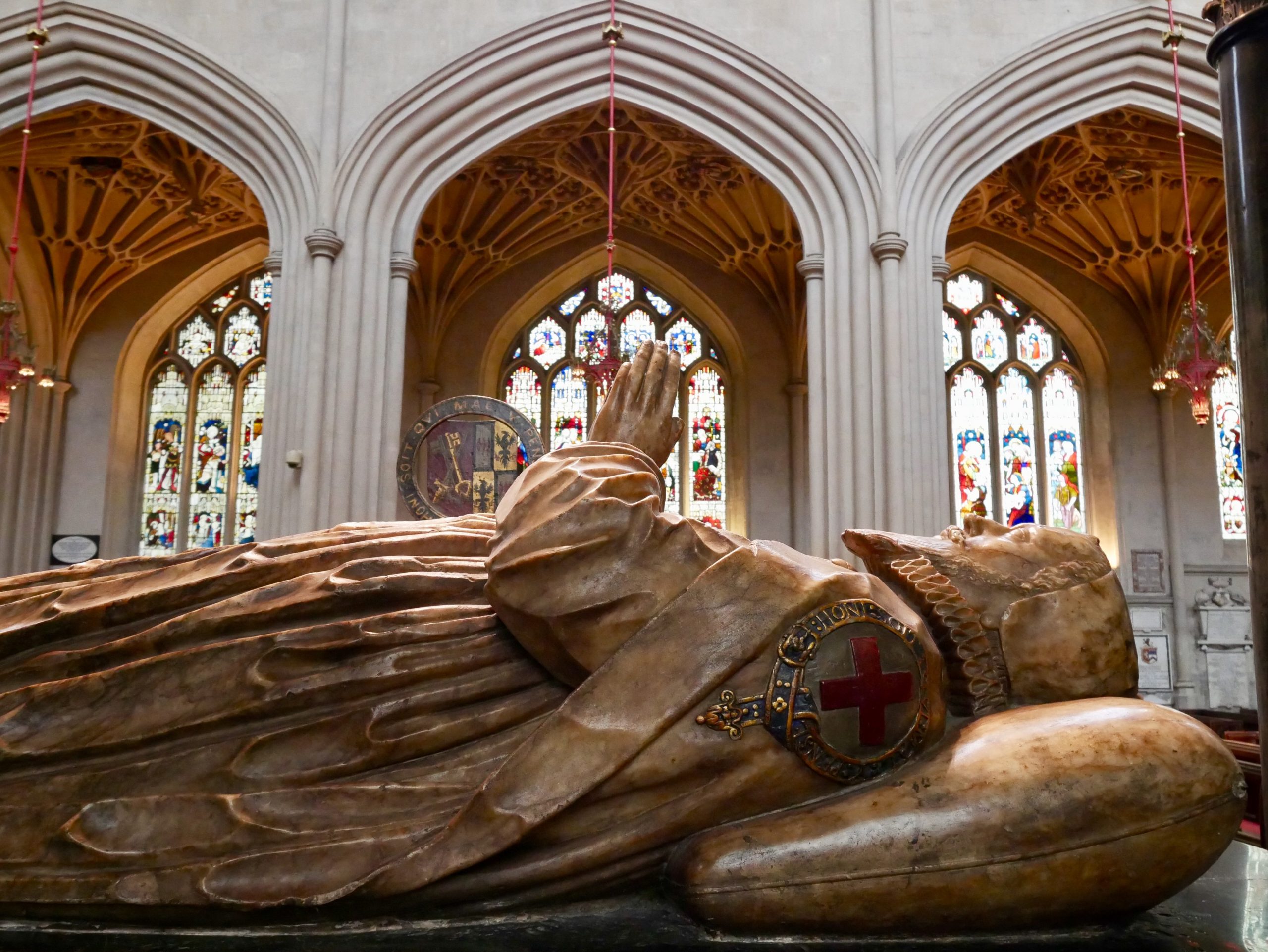 COST: Visiting the Abbey is free but a donation would be nice.

Bath is a UNESCO World Heritage site.  Strolling around taking in the stunning Georgian architecture is a joy …. and free.  Three men; John Wood, Ralph Allen and Richard ‘Beau’ Nash joined together with the aim of making Bath one of the most beautiful cities in Europe.  They designed buildings in the Palladian style and built them of the local honey coloured stone, hoping that people of fashion would flock to take the water’s.  Everywhere you look there are beautiful terraces.  The Circus forms a circle, as you would expect. 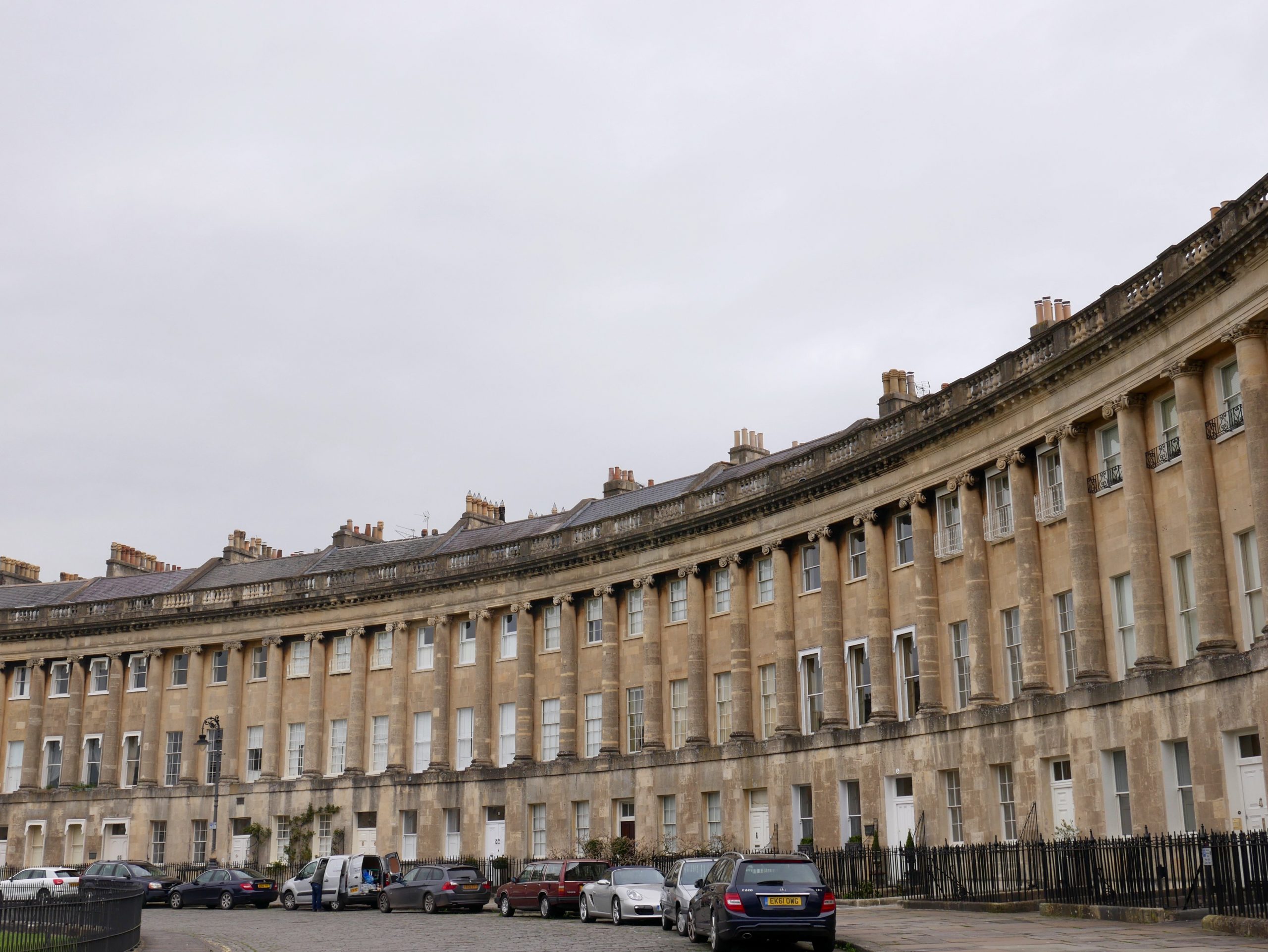 Just around the corner is the Royal Cresent, a stunning sweep that was too long for any of my camera lens to take in fully! 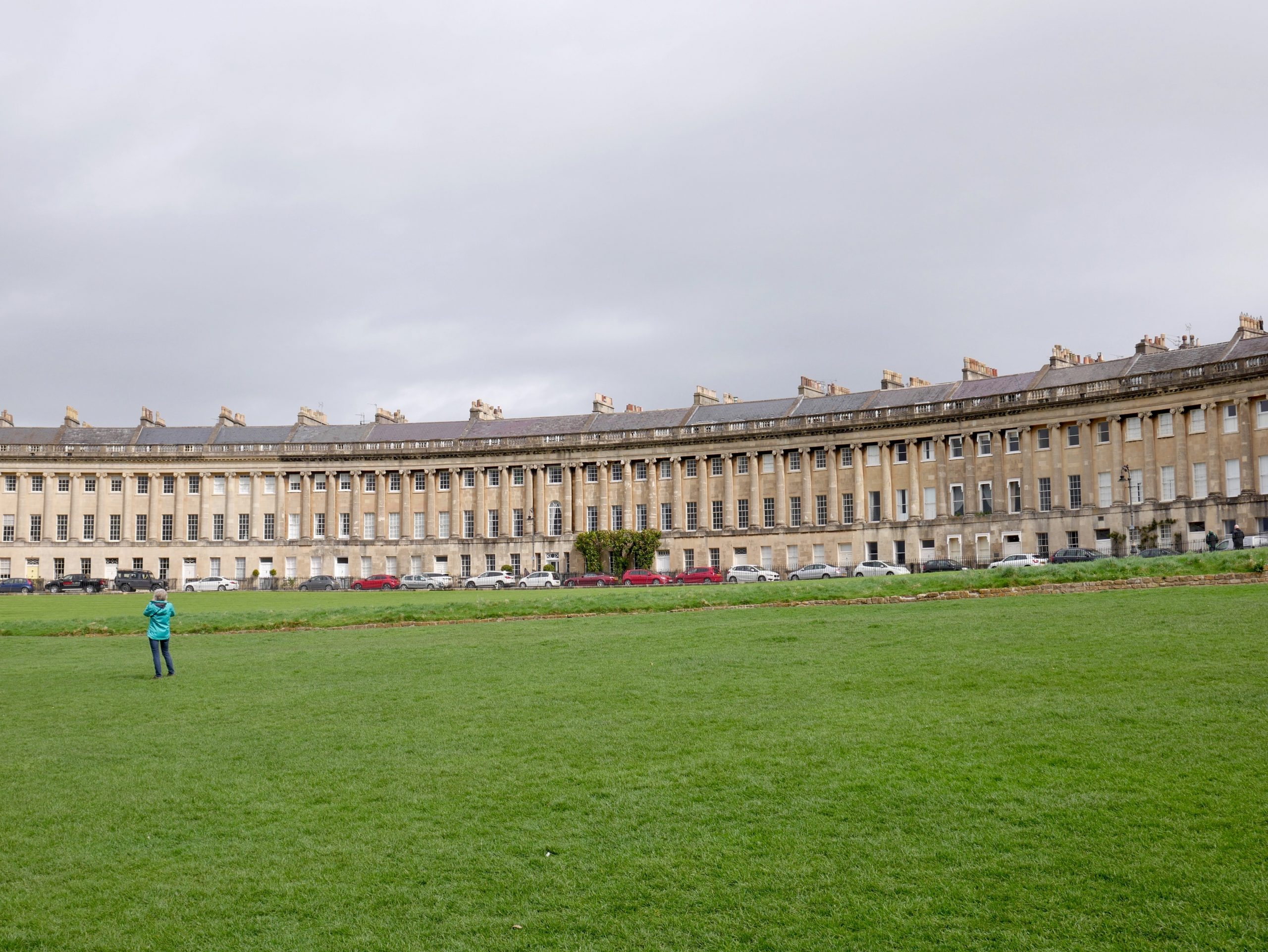 COST: Taking a stroll is free!

STOP FOR COFFEE AND CAKE

Bath is awash with tempting coffee shops.  Sitting in a coffee shop with a cake is one life’s big pleasures for me, the only problem in Bath was to decide which of the many on offer to visit! 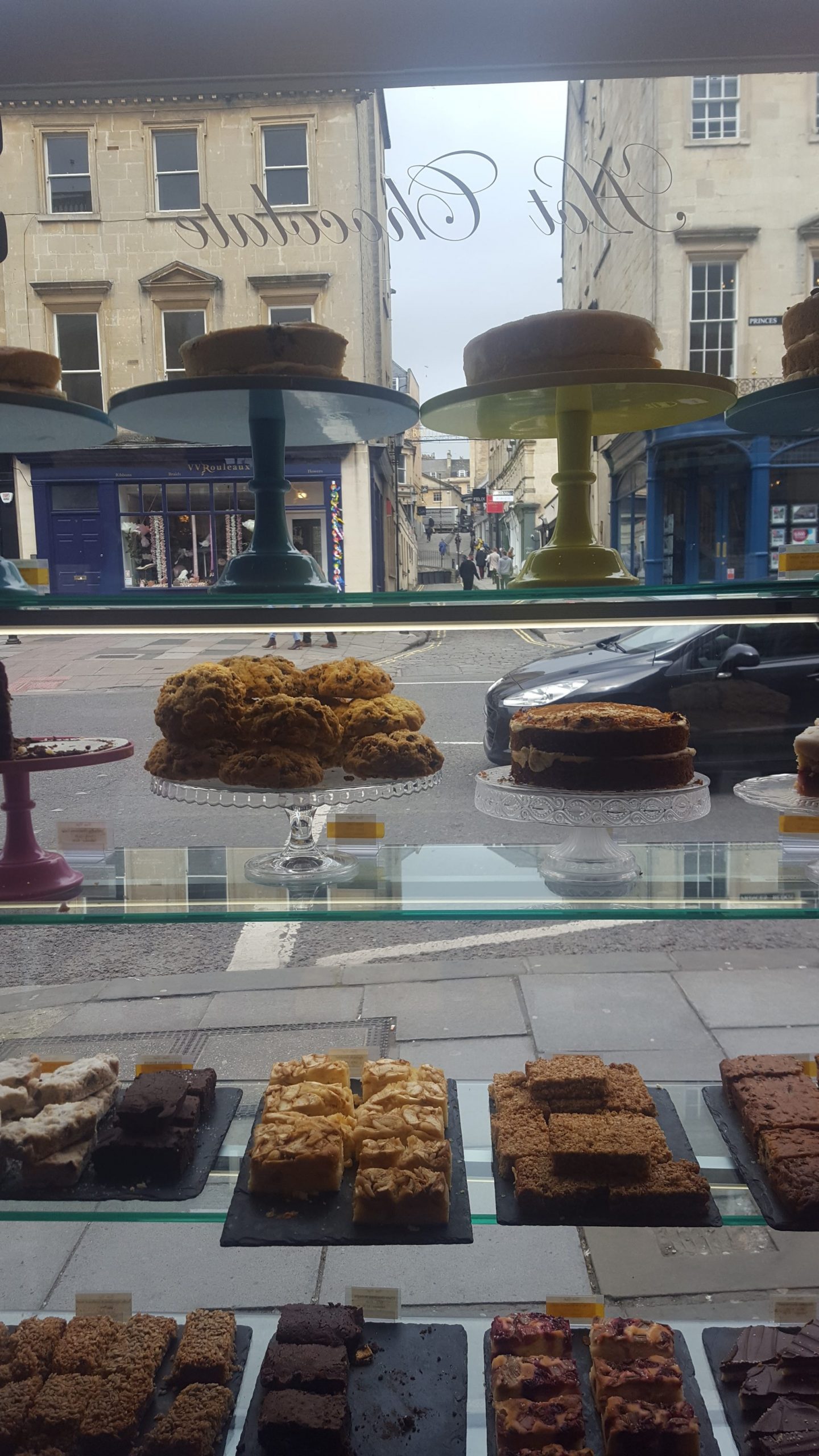 Any smart Georgian holiday resort needed a set of Assembly Rooms and Bath was no exception.  John Wood the Younger designed the Bath Assembly Rooms in 1769 as a place for dancing and music, the Fabric of its day. 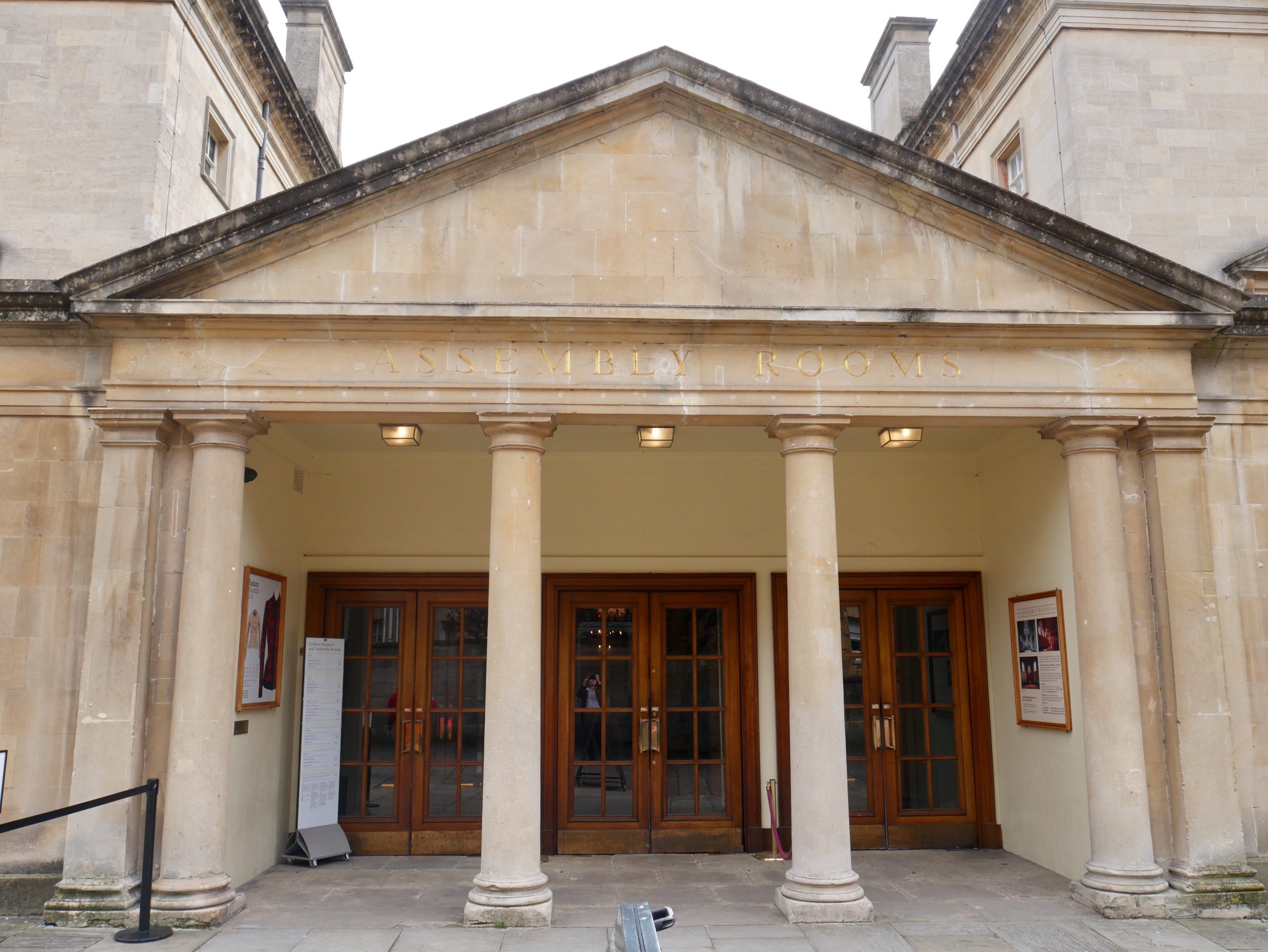 There are four rooms, the Ball Room, the Card Room, the Great Octagon and the Tea Room.  It is still possible to take tea in the tea room.  Jane Austen would have attended the Assembly Rooms and used them as settings for scenes in both Persuasion and Northanger Abbey.  All the rooms are graced with the most enormous chandliers. 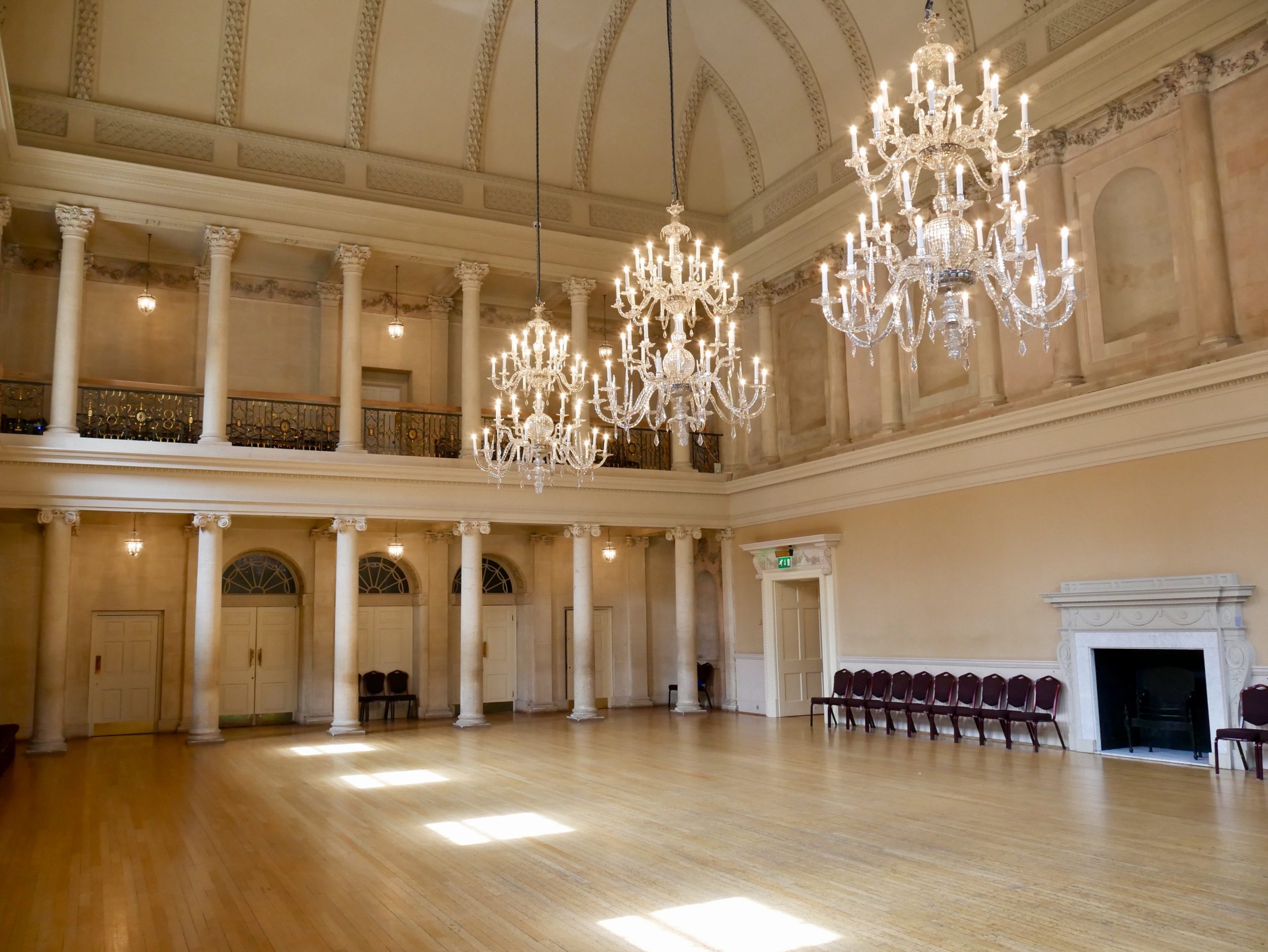 Bath Fashion Museum can be found in the basement of the Assembly Rooms.  If you love textiles, do not miss the fashion museum.  It skilfully tells the History of Fashion in 100 objects starting in the 1600’s and ending at the present day.  Everything from extravagantly embroidered waistcoats, through delicate pin-tucked undergarments to velvet trousers are on show.  Currently there is a special exhibition showcasing the Royal style of Queen Consort’s Alexandra, Mary and Elizabeth and Princess Margaret.  Most thrillingly of all, the dress up clothes come in grown up size.  The God Mother and I loved this and laughed so much as we chose ever more extravagant accessories. 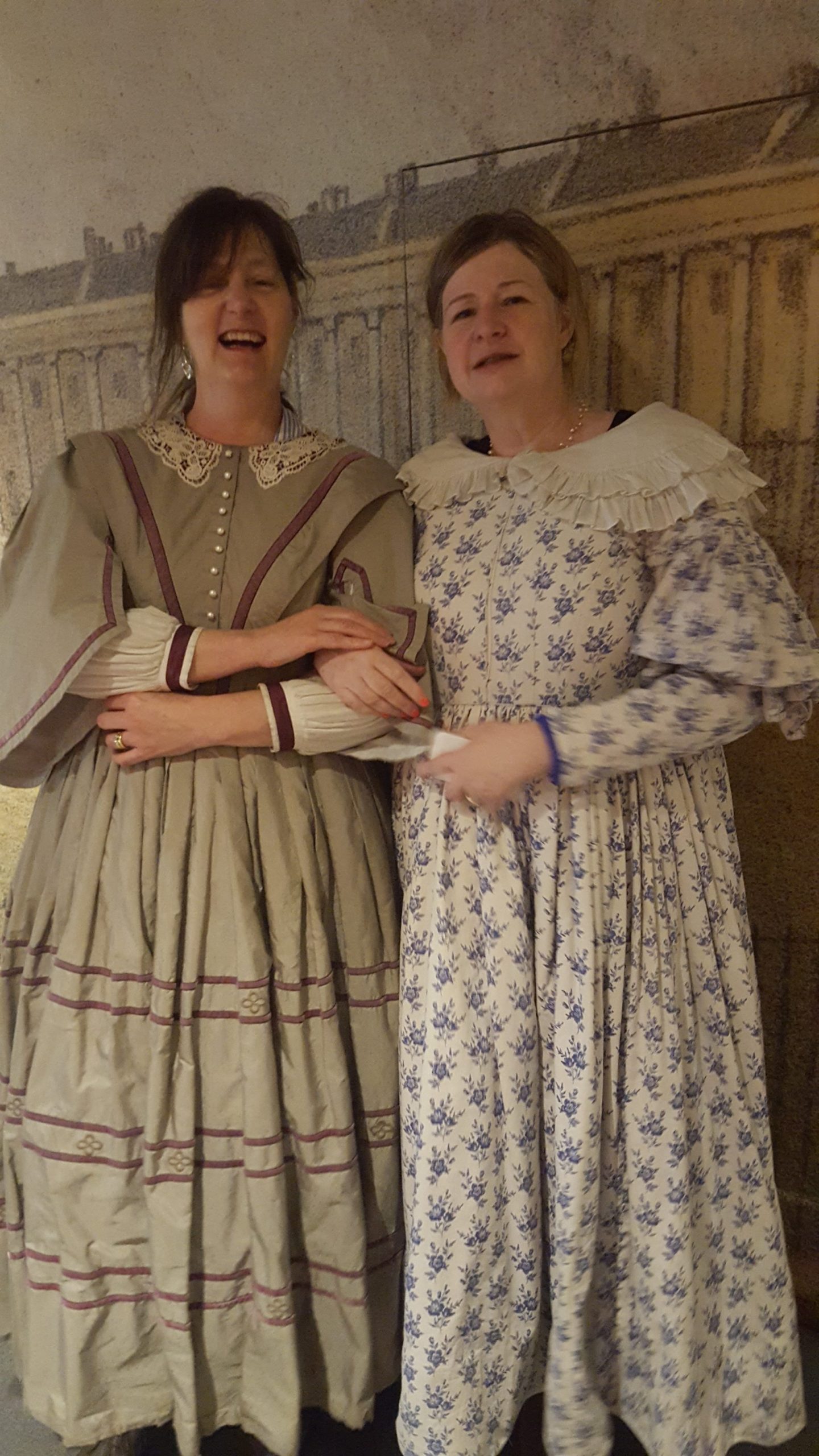 WHERE TO STAY IN BATH

Bath has been welcoming visitors for centuries and is awash with hotels.  We chose the Francis Hotel that takes up one entire side of Queen Square, one of those Regency squares, right in the centre of town, most important for us it was an hotel in Bath city centre with parking.  Once parked we were within distance of every where that we visited.

HOW TO GET TO BATH

We both drove down the M4, the journey from Surrey took me about two and half hours.  Bath is close the M4 and M5 making it easily accessible from the West Country, Wales and the Midlands.  Trains with Great Western Railway from London Paddington take an hour and half, making Bath perfect for a day trip from London. 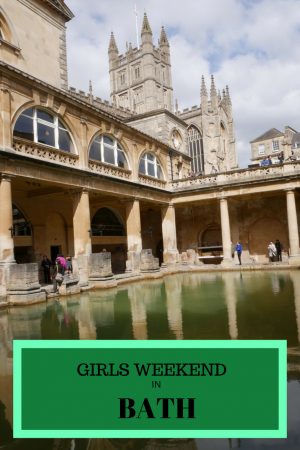 Disclosurer:  Visit Bath provided us with a Press Pass to get into the paid attractions and we were guests of Thermae Bath Spa, all opinions and cake consumption are my own.