Bank Holiday Sunday’s are made for visiting National Trust properties.  That’s what we did at the beginning of May, complete with Grandma, piling into the car and heading out to the Surrey Hills.  One tiny niggle played at the back of my mind …… was it worth visiting Clandon Park after the fire? 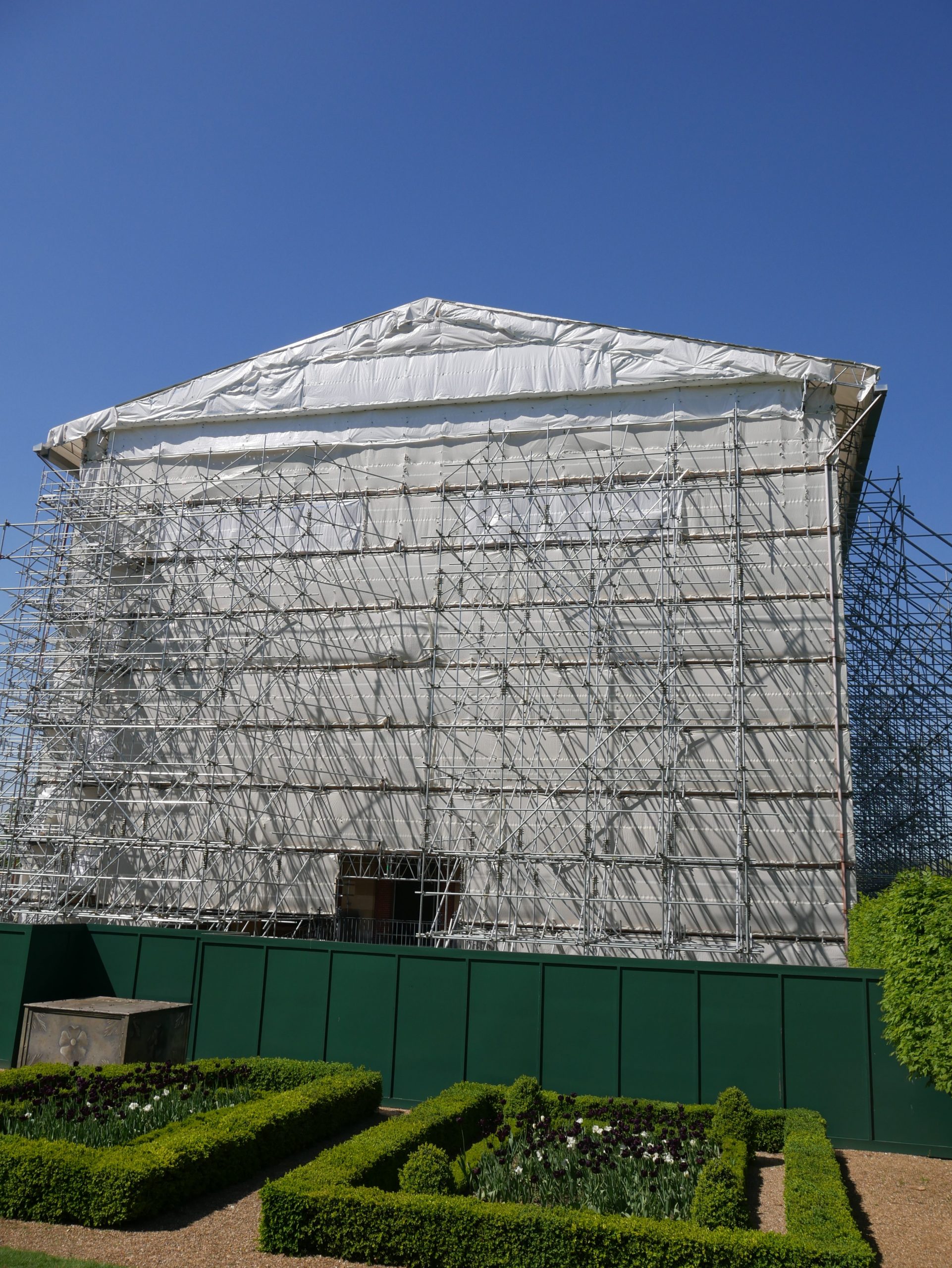 Three years earlier on a sunny Wednesday afternoon, an electrical fault triggered a small fire.  By the end of 29 April 2015, sixteen fire engines and eighty firefighters had been unable to stop Clandon Park being reduced to a shell.  Only one room, the Speakers Parlour, remained intact.  Now the National Trust faced a dilemma …. what should it do with the smouldering ruin?

The house was insured but the £65 million or so would only be forthcoming for work on the house, it could not just be collected and deployed elsewhere.  Should they rebuild a replica?  Or should they secure the shell and leave it as it is?  Architects Allies and Morrison have been appointed to breathe life back into the building but it is a project that will take a long time. Meanwhile it is possible to don a hard hat and see the ruin for yourself. 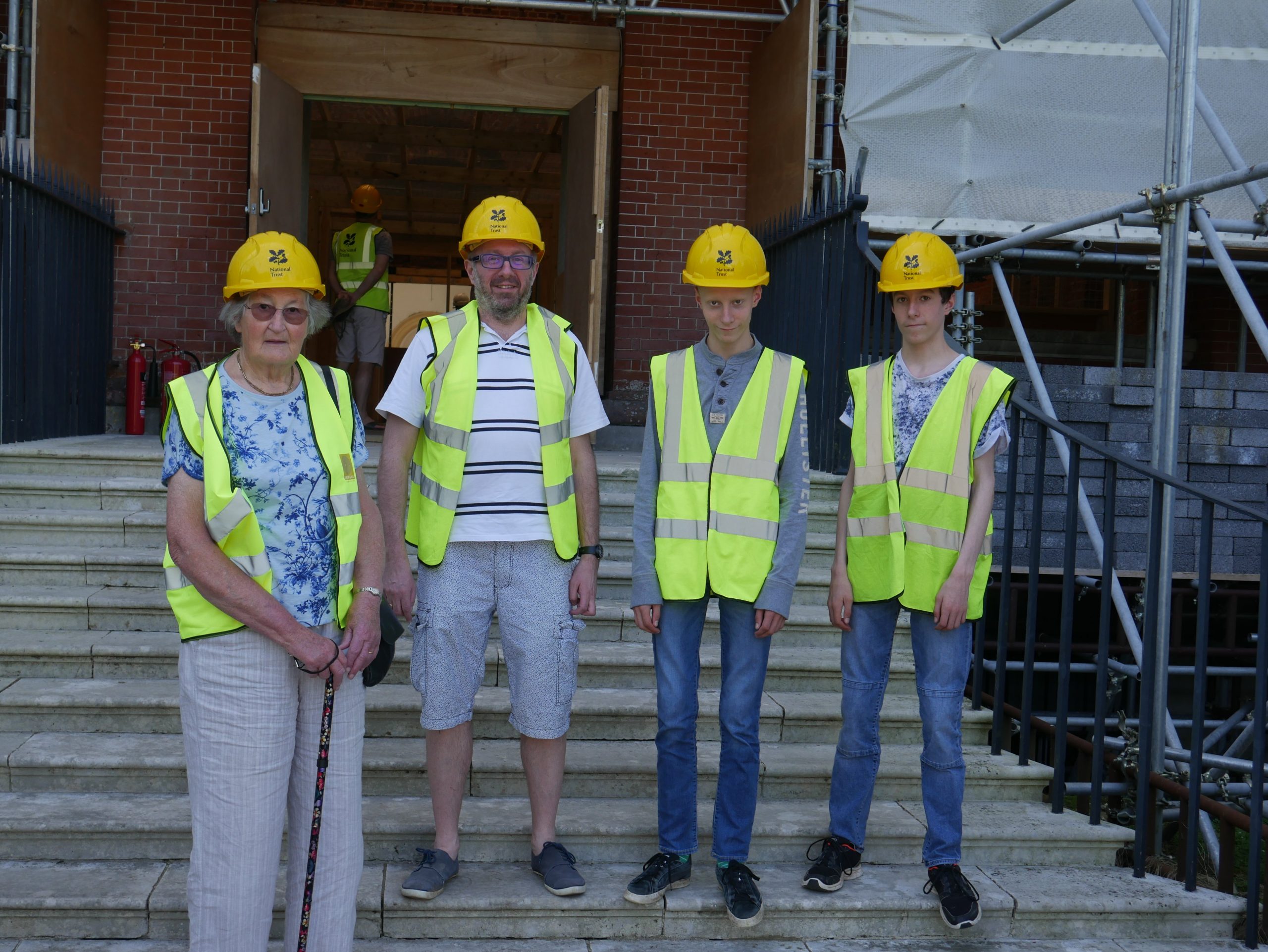 A walkway has been constructed that lets you see the gutted remains of three rooms with tantalising glimpses beyond to the bare brick spaces beyond. This was the Marble Hall, a perfect double cube of a room, topped with an ornate plaster work ceiling depicting the tale of Hercules and Omphale: amazingly enough fragments were recovered to facilitate the reconstruction of the ceiling but for now you gaze up beyond the floor of bedrooms to the sky. How those ornate marble fireplaces carved by John Michael Rysbrack in the eighteenth century survived is a mystery. 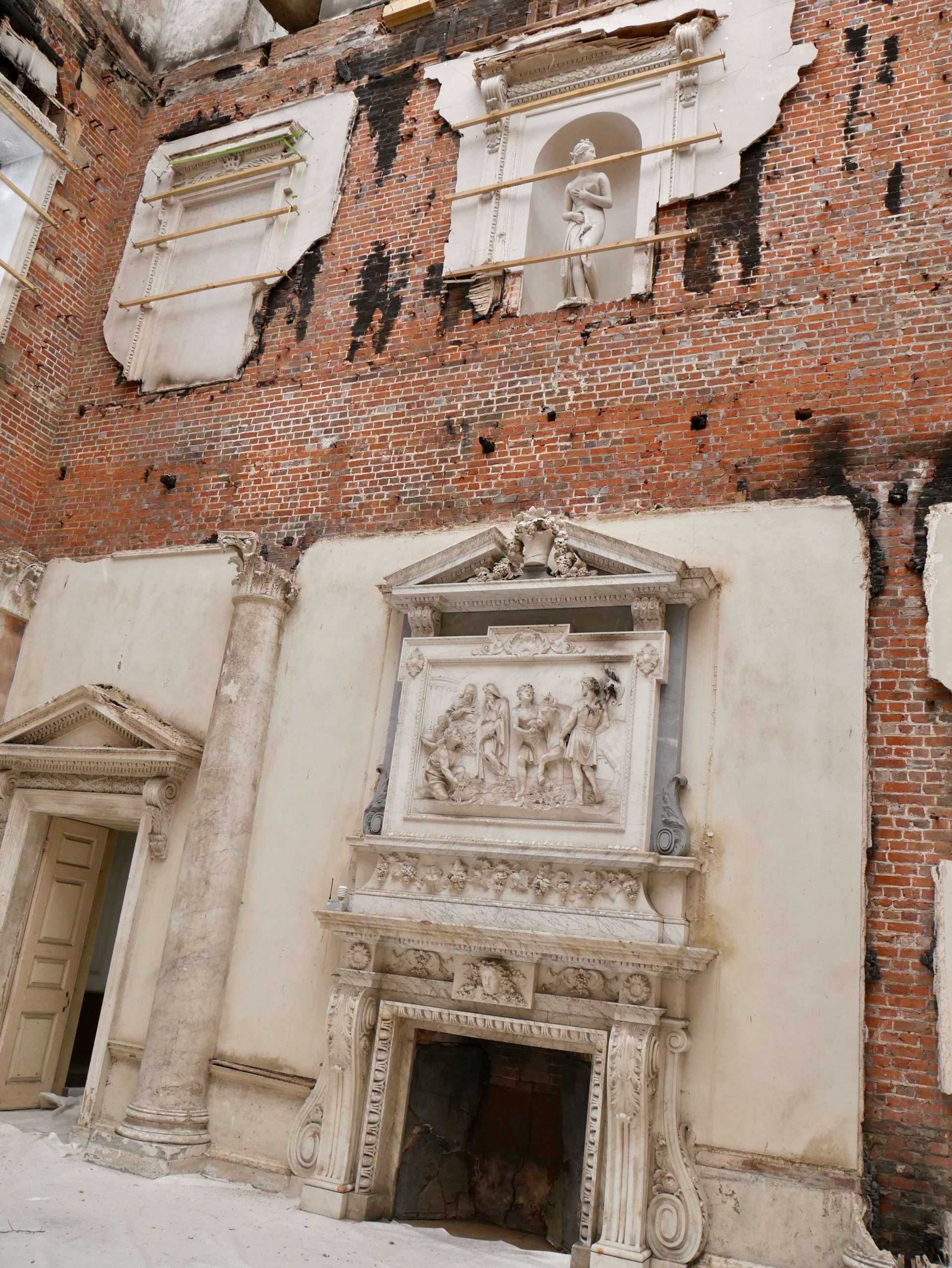 Venus surveys walls of bare brick where once she oversaw a sea of marble and stucco. 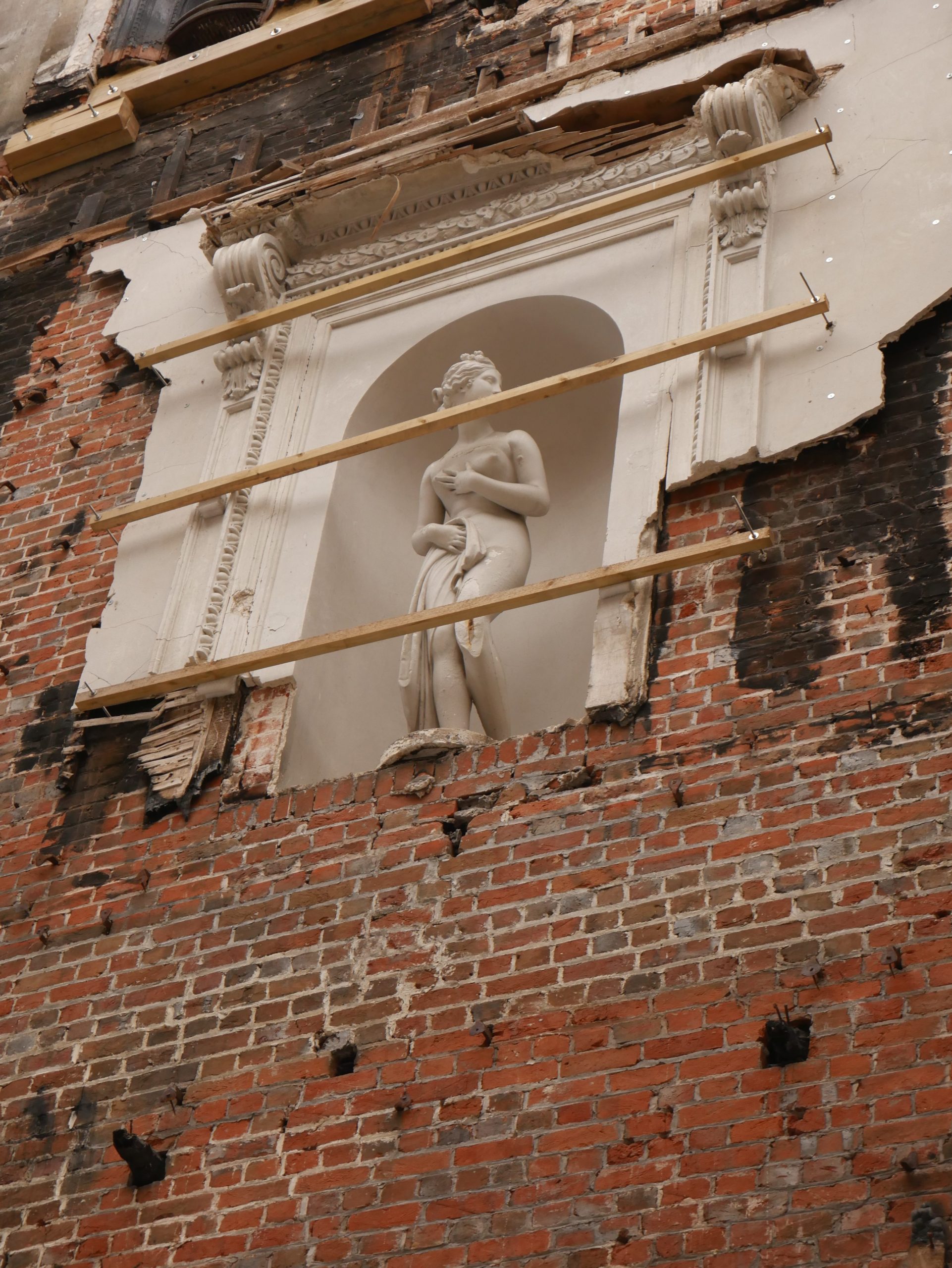 Even more incredible is the fact that wooden panelling and even some fragments of wallpaper have survived in the State Bedroom. 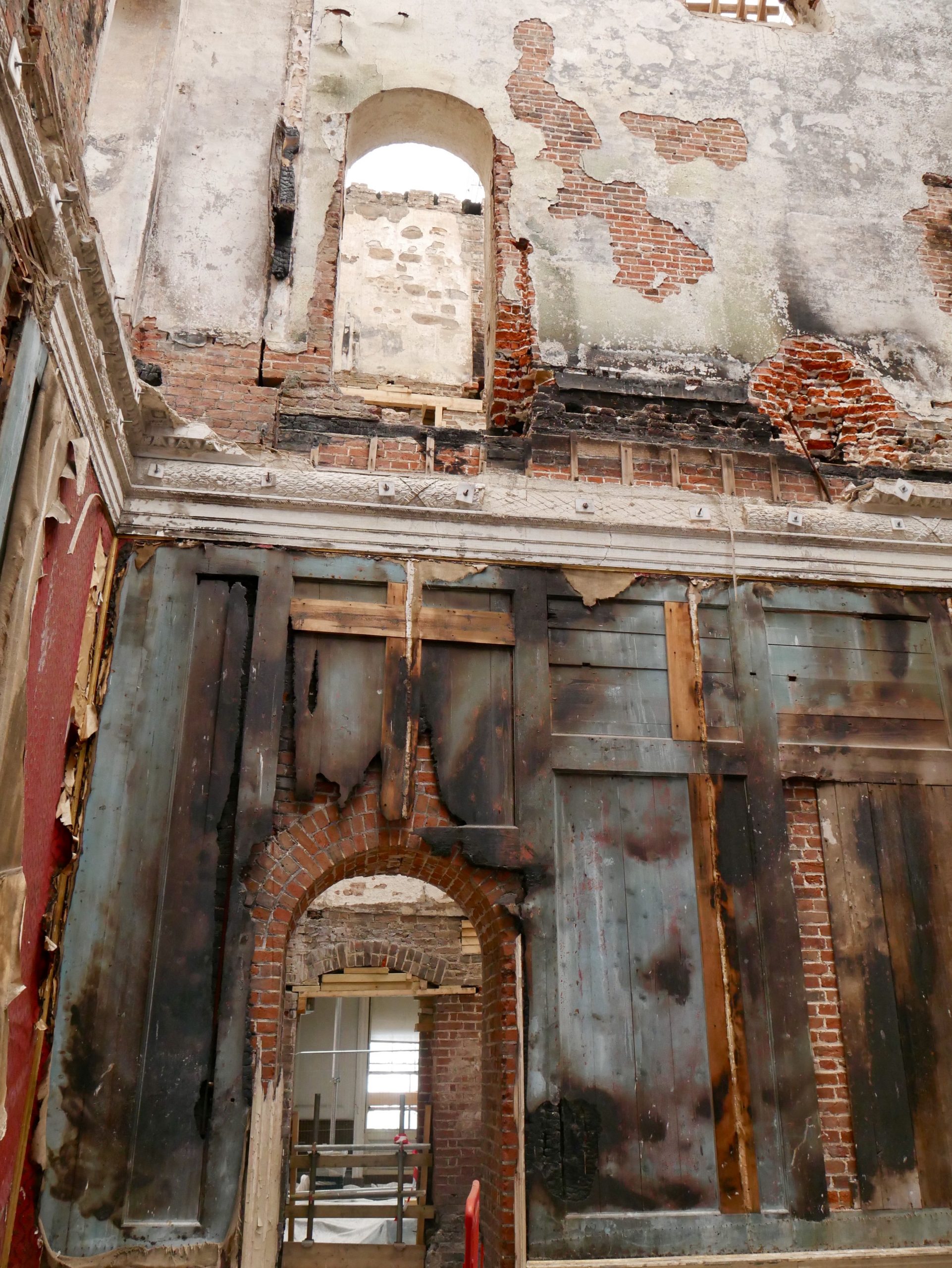 Downstairs in the basement, which was once the site of a really rather good restaurant, the options for restoration are put forward and you are asked for your views on how the building should be restored and used in the future. 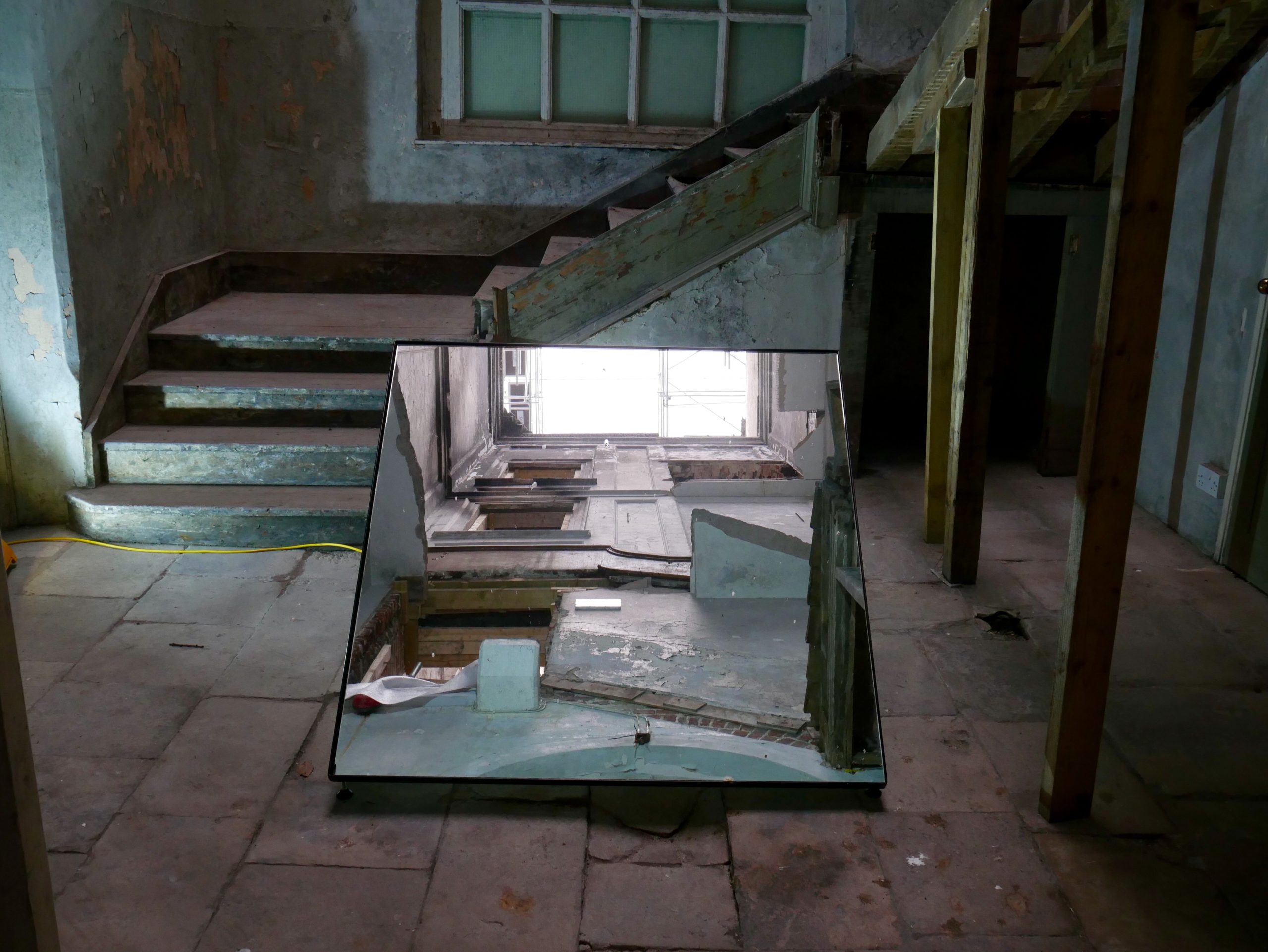 Do you know Clandon Park?  What do you think should happen to the building in future? 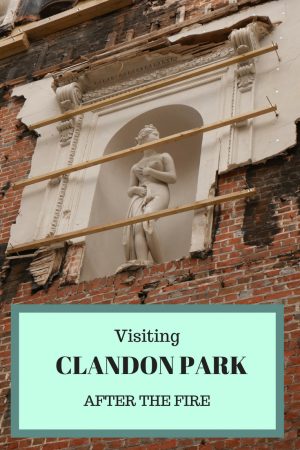