My great grandmother probably never wore pants nor a bra.  She would have certainly worn a corset and maybe even crotchless drawers.  Lavinia Ellwood was a respectable Yorkshire woman and her selection of underwear would have been entirely normal in Victorian Britain.  This and many other interesting facts was gleaned from Undressed: A Brief History of Underwear (such a clever title) at the V&A.

Underwear started off mainly white and mainly in easy to wash, unshrinkable fabrics.  This was because costly outer garments, such as shirts, dresses, doublets and hose, were washed rarely and the underwear was there to protect them from sweat and the like.  As fabric and washing technology came along, so did the design of undies leading to the availability of a pair of knickers for every day of the week.

Wearing so many layers of clothing was a boon in draughty houses before the invention of central heating but even then things could get chilly.  I loved this padded underskirt for extra warmth.  I would really, really like a fashion designer to be inspired to make and market a skirt like this using the lightweight wadding that goes into those padded winter coats. 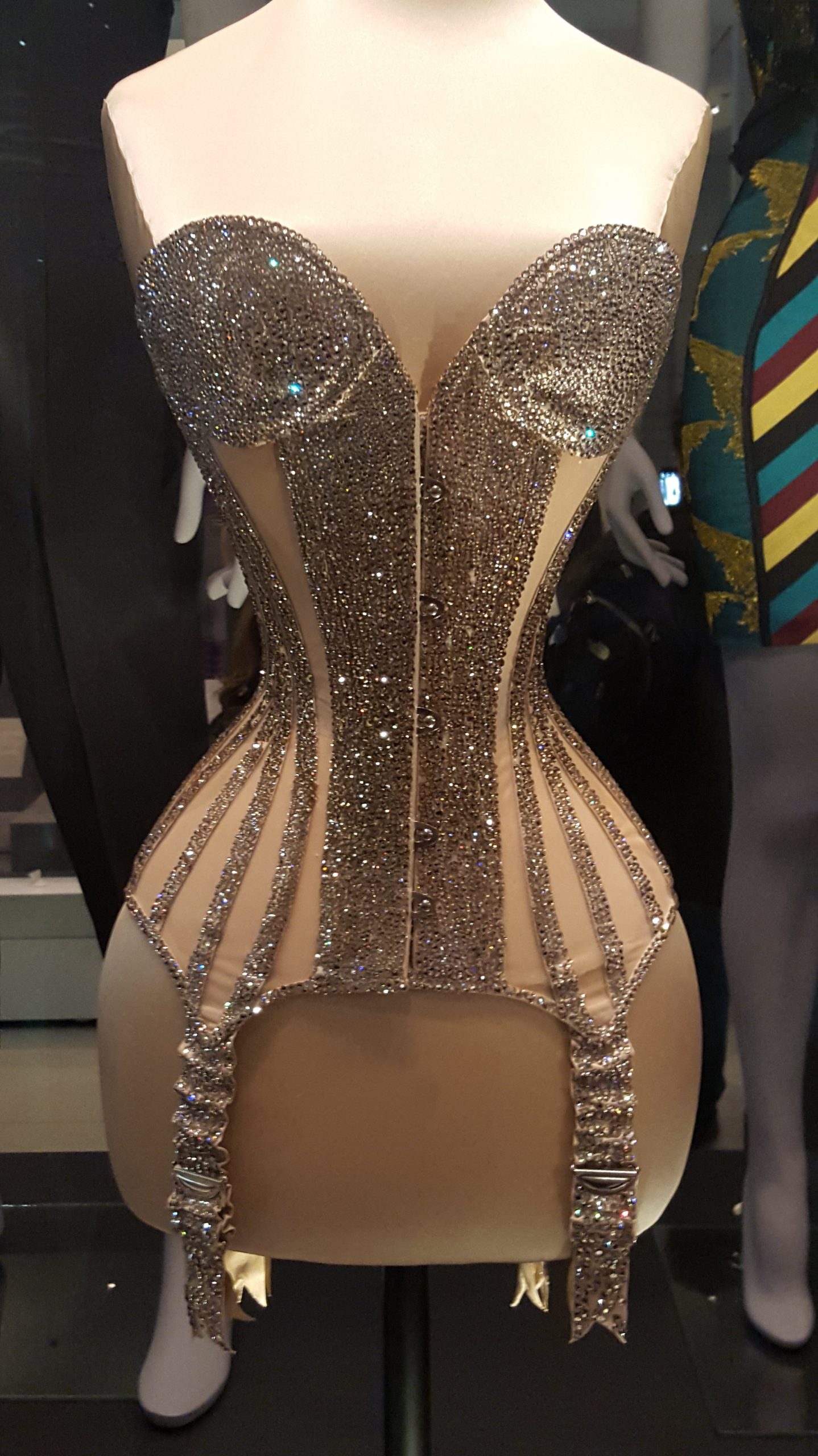 Corsets: that’s what you expect at an underwear exhibition sponsored by Agent Provocateur and you will not be disappointed.  All manner of whale-boned, tightly laced historical numbers vie for attention.  My great grandmother and her friends must have been a lot slimmer than me, most of the waistlines are tiny.  Beside a particularly wasp-waisted corset was the information that, slender though it was, the slenderest item of all in the exhibition is actually modern and worn by Dita von Teese.  Crystal encrusted and designed by Mr Pearl, the go-to man if you need a burlesque costume, it makes you wonder how she manages to move let alone perform in it.

Turns out that the history of underwear is really interesting and a visit to the V&A is always a joy.  This time the shop is selling the red Revlon lipstick that can be seen on the mannequins – clever idea.  On the day I visited the sun shone brightly, so I had my coffee sitting in the central courtyard.