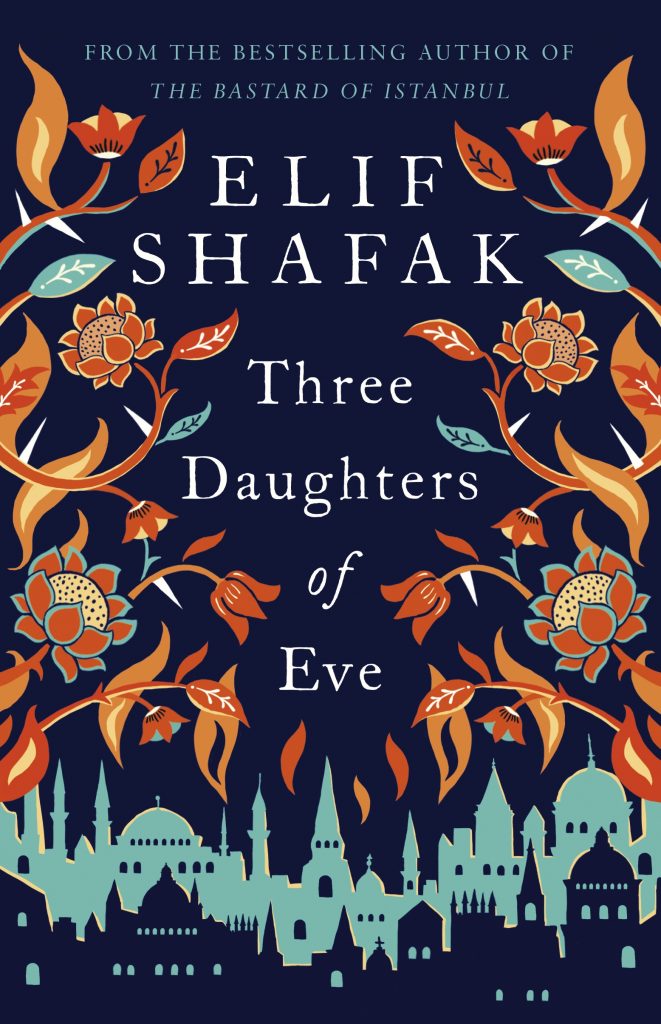 Three Daughters of Eve starts in an Istanbul traffic jam.  Peri, a wealthy middle aged housewife is on her way to a dinner party accompanied by her grumpy teenage daughter.   A drug addled thief snatches her handbag from the backseat of the car, instead of doing the sensible thing of driving on, Peri goes in pursuit of the man and bag.  In the scuffle that ensues a polaroid picture of three young women and a man falls out of the handbag.  Once back safely in the car the daughter asks who the people in the photo are.  Now the story can begin.

We flit back and forth from Peri’s childhood and adolescence to the dinner party that she was driving too before her bag got snatched.  The photo is, of course, of Peri and two friends accompanied by their professor at Oxford University.  This puzzles the daughter as she had no idea her mother had been to Oxford.

Peri spent her childhood torn between an intensely religious mother and a secular father.  When at last she gets to Oxford her friends are the Shirin, the outgoing Iranian and Mona the devout Muslim Egyptian or as Elif Shafak has them the sinner, the saint and the confused.  They all revolve around their charismatic tutor Professor Azur.  The scene is set for an interesting exploration of what it is to be a muslim and what it is to be a woman.

Three Daughters of Eve made me think about religion, politics and power.  I stayed up late unable to put the book down.  And yet at the end I felt a bit unsatisfied.  All the ends tied up nicely, which I like, but I was left with all sorts of questions.   Most of all I didn’t really really like or dislike any of the characters.  I’m glad that I read the book but wish that I had known Peri better.

DISCLOSURE: I was sent an ARC by Penguin via NetGalley in return for an honest review.