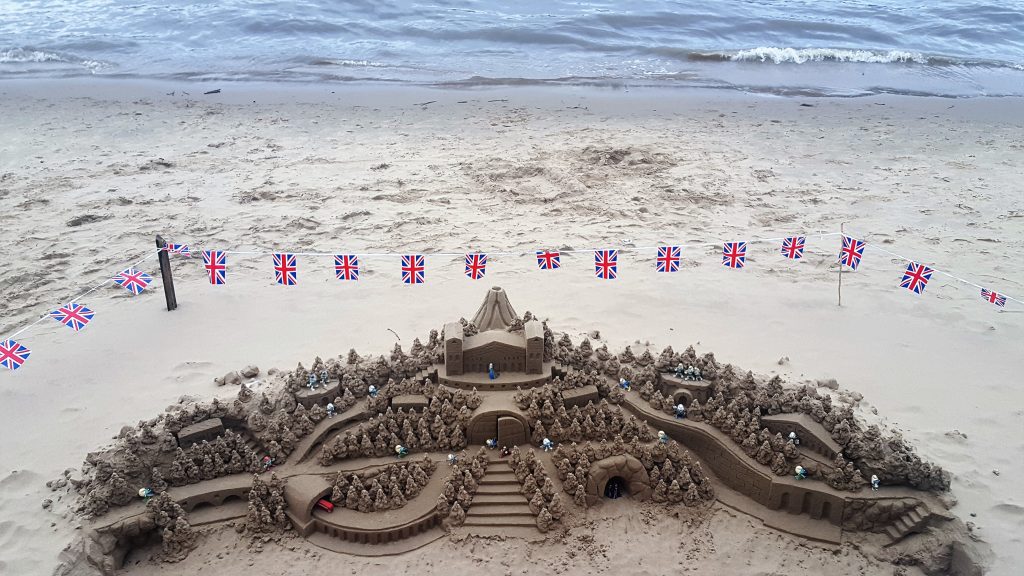 Oh I do like to be beside the seaside, except that this sandcastle isn’t.  This is a Sandcastle on Thames in an all together more metropolitan setting, slap bang in the centre of London.  If you thought that the Thames  revealed nothing but mud at low tide then think again.  This magnificent sandy beach can be found on the Southbank just downstream from the National Theatre, all you need is a deckchair and with a bit of imagination you could be in Scarborough.  The strand is called Ernie’s Beach after John Hearn MBE who worked hard to have the Thames foreshore recognised as an asset and amenity for London.  Whilst seeing the beach was a shock, so was the scale of the sandcastle, more of a sand palace.