We went to the Musee d’Orsay to look at paintings.  We saw lots of artwork but we also found that the building itself is a work of art in its own right.  I confess that I came away with more photos of the building than the contents. Hence a Musee d’Orsay photo tour. 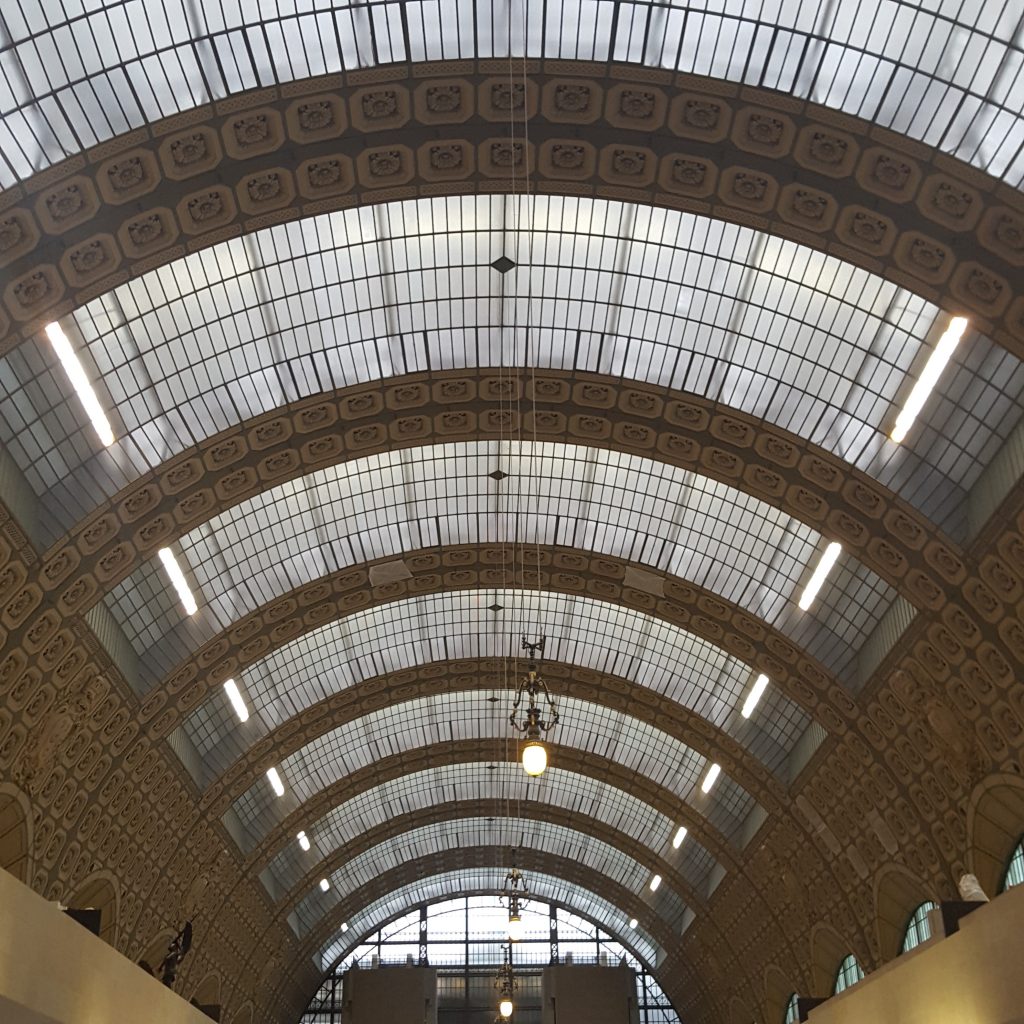 The building started life as a train station, hence this magnificent glass ceiling.  It was built at the very end of the nineteenth century to bring visitors to the World Fair on the banks of the Seine right at the very heart of Paris. 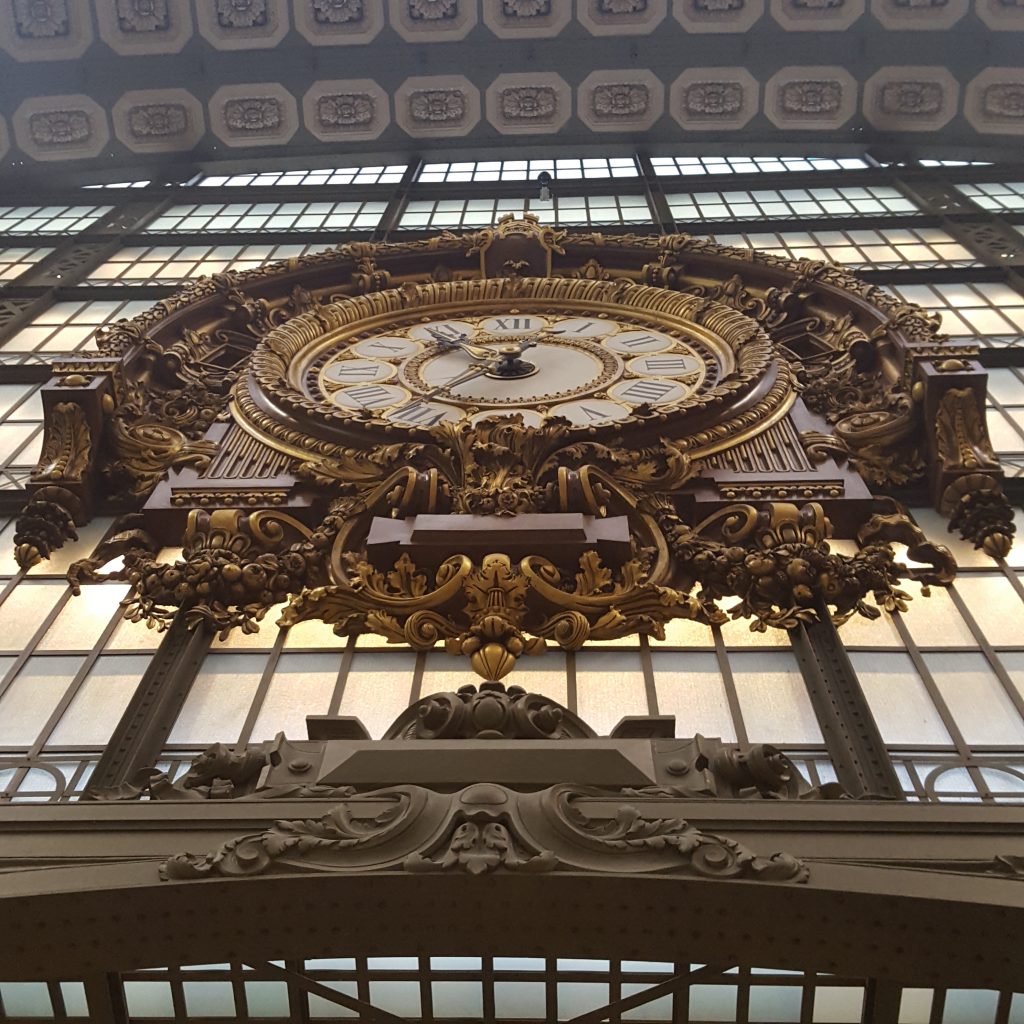 Passengers arriving for the Fair would have been greeted by this clock.  I like to think of them deciding whether they had time for a cake before crossing the river. 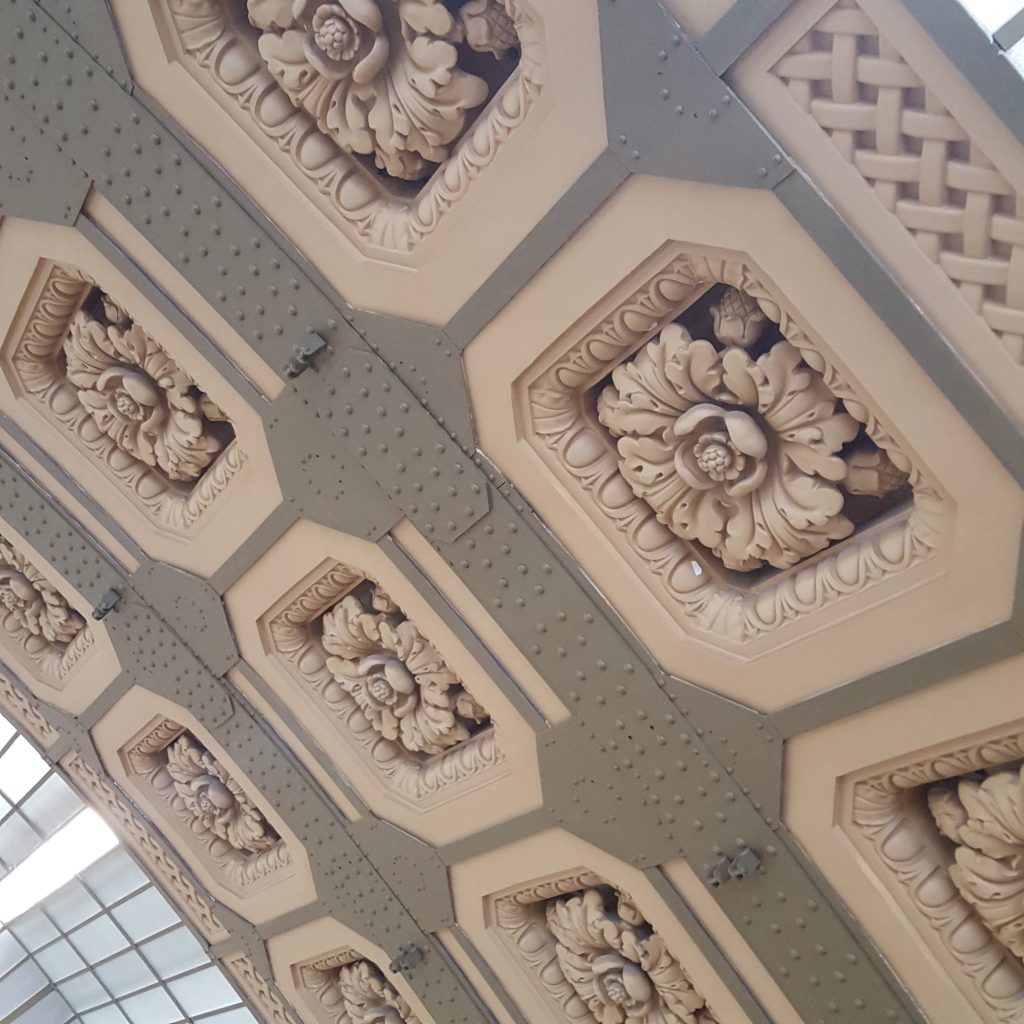 These ceramic tiles are here to disguise the iron beams that made the whole glazed roof possible.  The building was at the cutting edge of technology but the architects chose to make it merge in with its neighbours. 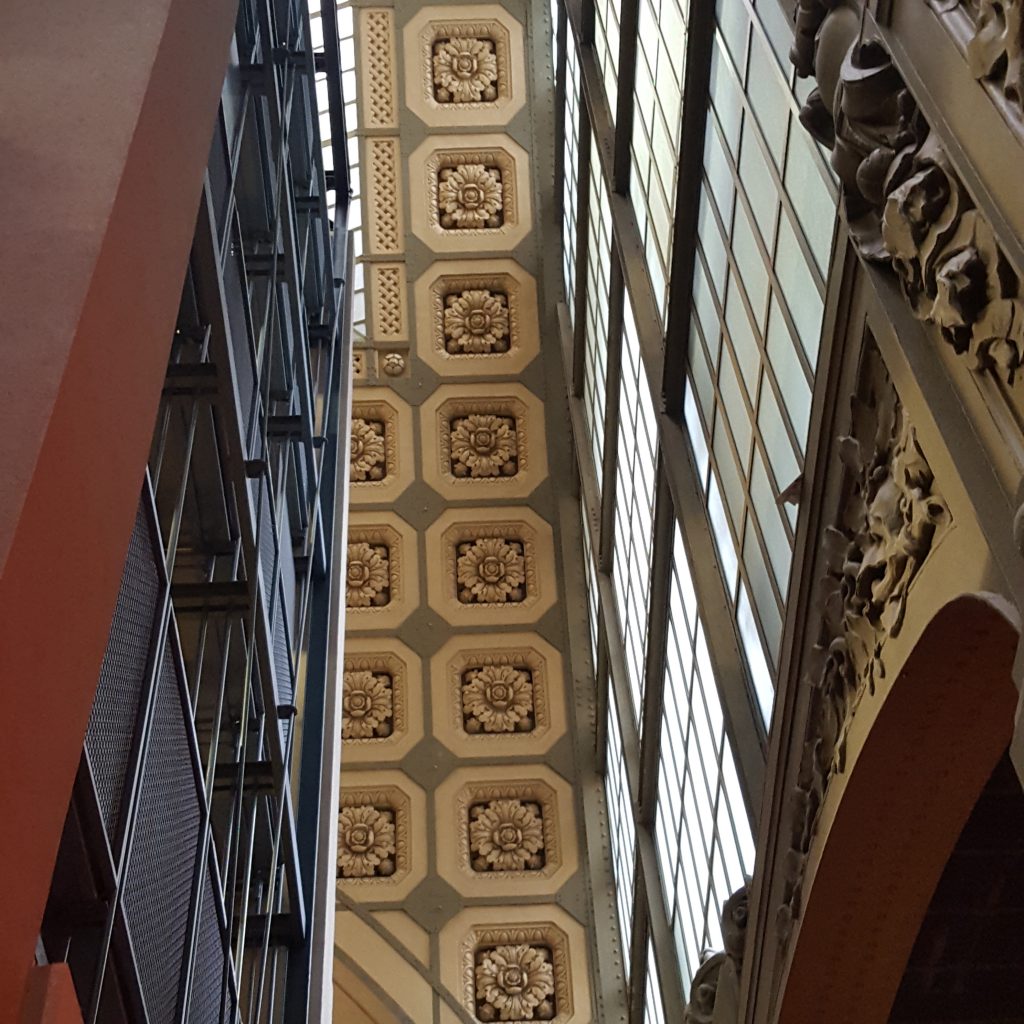 Passengers were treated to all modcons such as lifts and the trains themselves were powered by electricity.  Sadly, by the 1930’s, the platforms were too short for modern trains and the station was closed.  It remained empty and unloved.  In the 1970’s it was decided to transform it into an art gallery and after transformation, its doors finally re-opened in 1987. 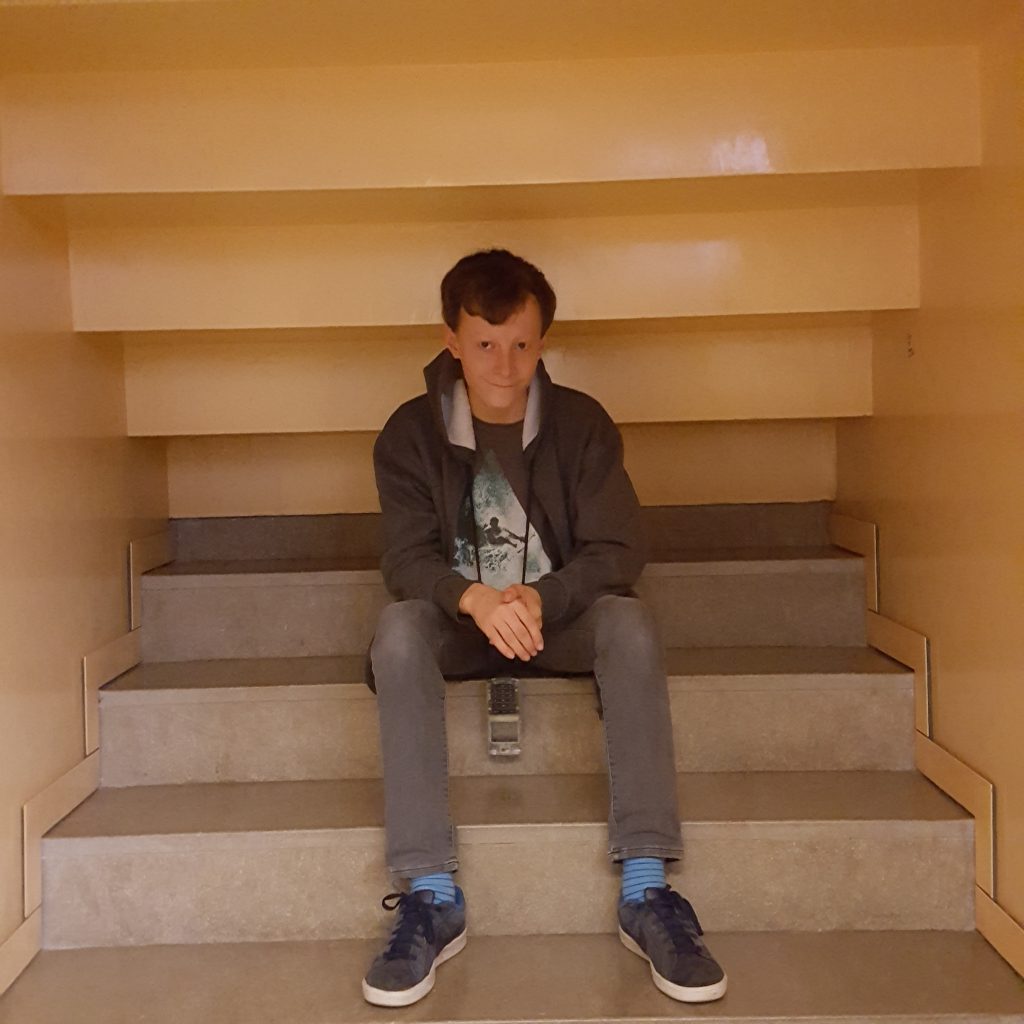 Tucked away behind some steps we found this optical illusion of steps going up and down.  The perfect place for a boy to take a rest! 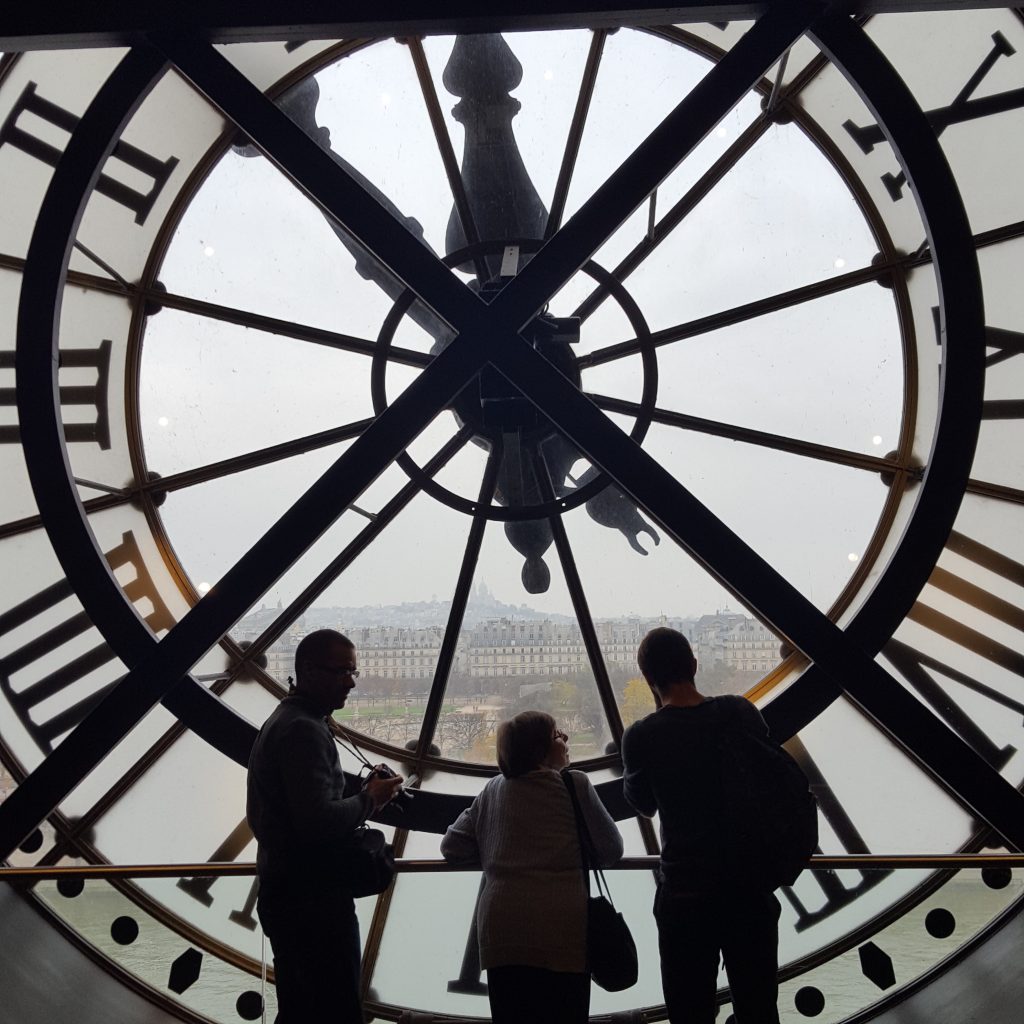 Passengers would have probably not seen this view of Paris.  The clock is right at the top of the building and designed to be seen form outside.

We did look at paintings as well but I have enjoyed putting together this Musee D’Orsay photo tour and remembering the stunning building, we were also rather taken with the Musee d’Orsay cafes. 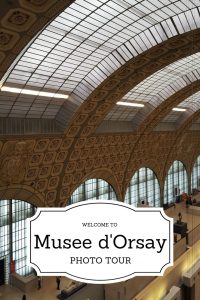