Leith Hill Place is not like other National Trust properties.  Instead of the regular National Trust smell of wood polish and manicured care, you are greeted with the smell of scones fresh out of the Aga.  The entrance hall is polished but not pristine, you could be visiting a particularly well off aunt rather than visiting a Stately Home.   From the outside it looks as if it needs a lick of paint.  Don’t let this put you off visiting ….. Leith Hill Place does THE best cream tea that I have had in Surrey and believe me I have taken my market research very seriously. 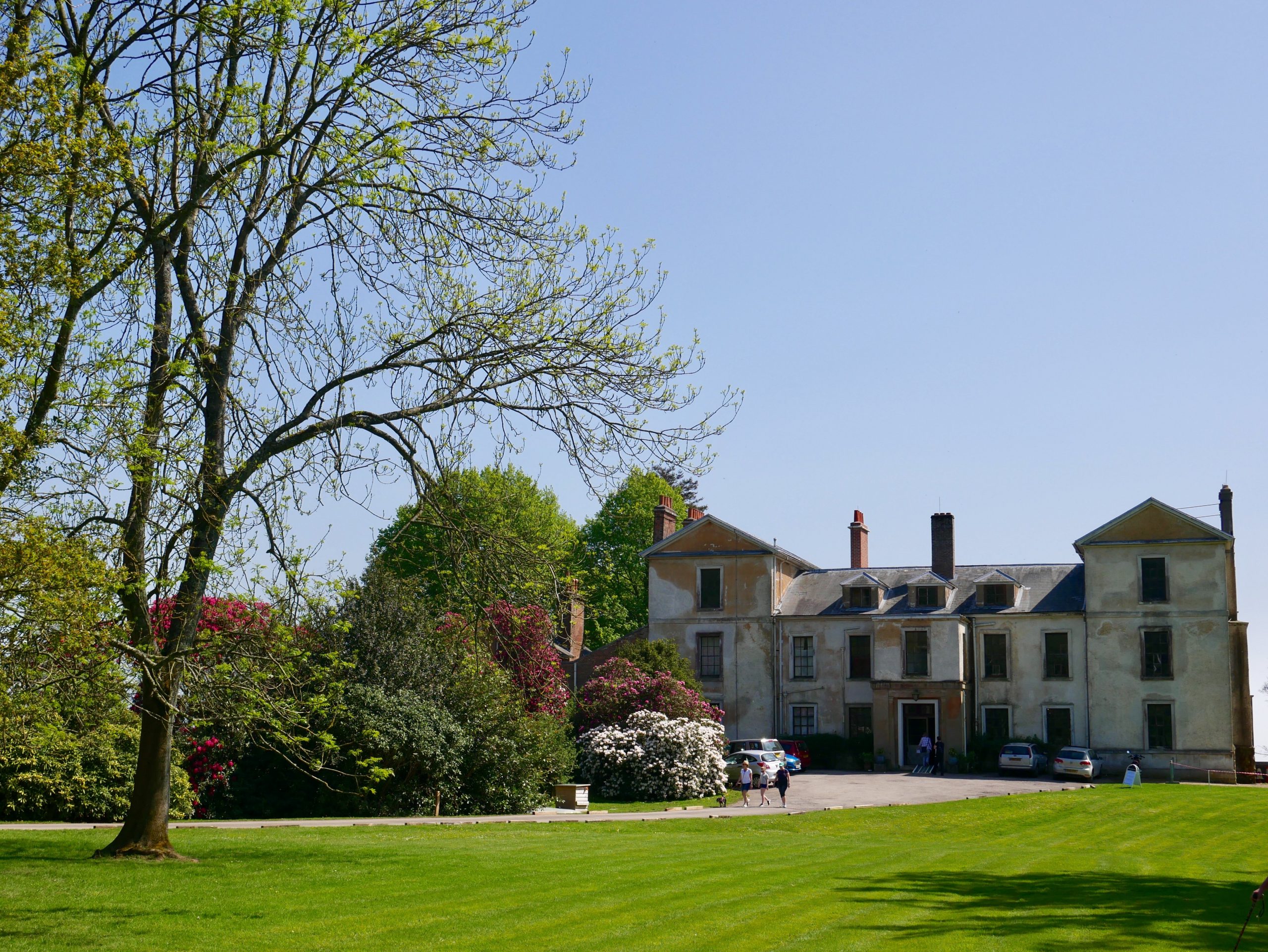 Who wouldn’t want to build a house where the view over Surrey countryside is stunning.  Back in 1600 a gabled house was built but in 1760 or thereabout Richard Hull decided that he needed a Palladian style house and so had the original cladded to look like the house that we see today.  In 1847 the house was acquired by the Wedgwood family, yes that Wedgwood family, the china ones.  They lived here until it was gifted to the National Trust in 1947, when it was rented out first as a family home and then as a boarding school.  When the school closed, the Trust was left with a dilemma, should they let the house out again or open it to the public? If they opened it, then how should they go about it? 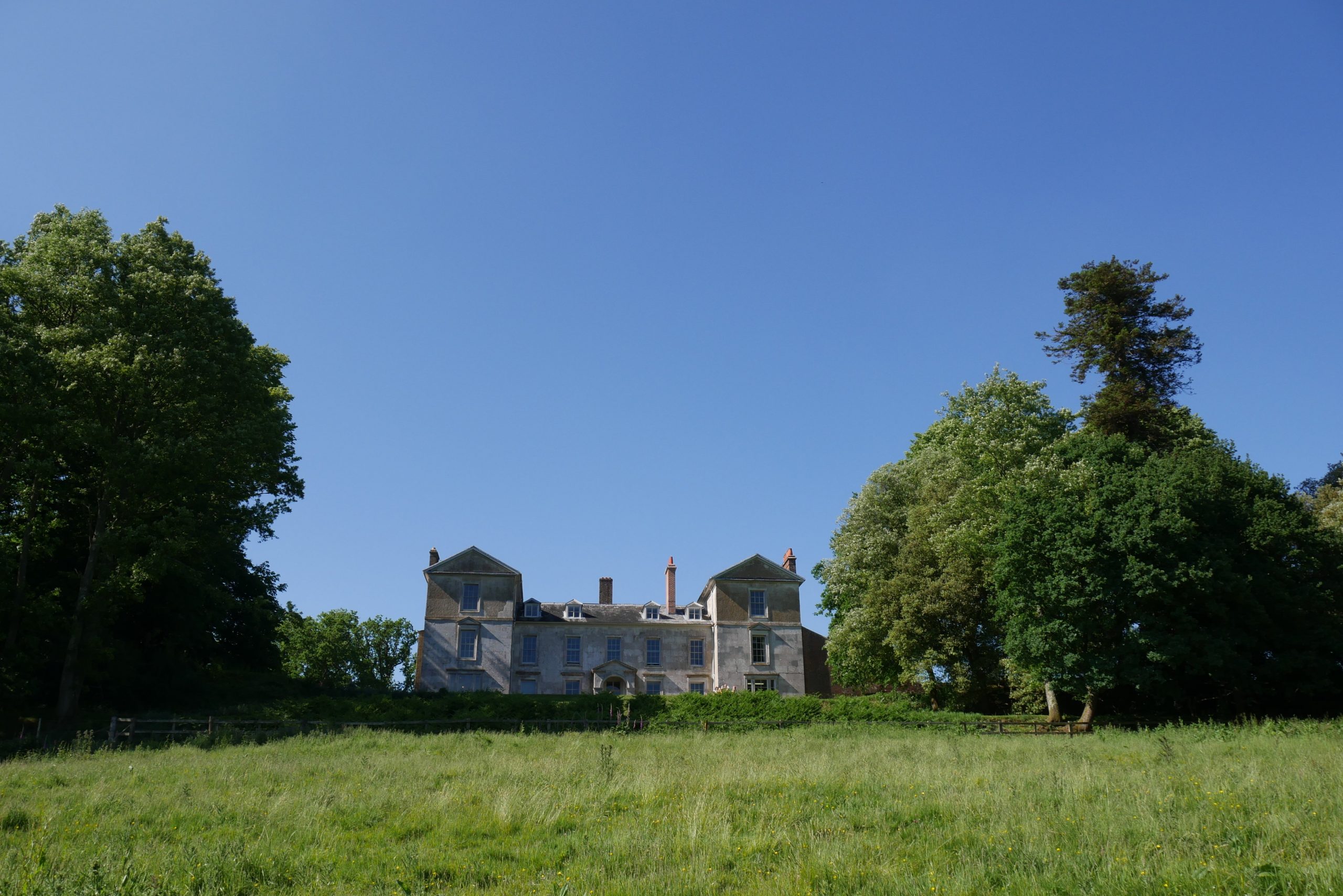 WHO LIVED AT LEITH HILL PLACE

Three really famous names are associated with Leith Hill Place; Wedgwood, Darwin and Vaughan Williams.  In fact they are all related to each other.  Josiah Wedgwood III, the grandson of the famous potter, bought Leith Hill Place when he retired from working for the family firm.  He was married to Caroline Darwin, sister of Charles Darwin.   Charles Darwin was in turn married to Joshiah Wedgwood III’s sister Emma and they were all first cousins.  Josiah and Caroline’s third daughter married the Reverend Arthur Vaughan Williams and their son, Ralph Vaughan Williams, became a composer.  ‘The Lark Ascending, voted Britain’s favourite piece of twentieth century music, that’s one of his.

WHAT TO SEE AT LEITH HILL PLACE

The view.  Whatever else you do look out of the windows.  The rooms themselves are well proportioned, if a little run down, but the views are stunning.  Big squishy sofas abound inviting you to is down.  There are many pianos in the house and I have never visited when at least one of them is not being played.  Some of them even have their keyboards open in invitation for you to sit down and play.  This is a house which is filled with music.

One piano which you a definitely not allowed to play is Ralph Vaughan Williams’ very own piano.  Not just any old piano that he twiddled around on but the very instrument on which he composed ‘The Lark Ascending’.  This is no glamorous grand piano, it is an upright that he kept in his study and used daily.  The piano was made by a firm called Broadwood and is their Honeysuckle model.  Vaughan Williams bought it second hand, direct from Broadwood for £5 in 1905.  If you are very lucky then your visit may coincide with the Ralph Vaughan Williams’ piano being played. 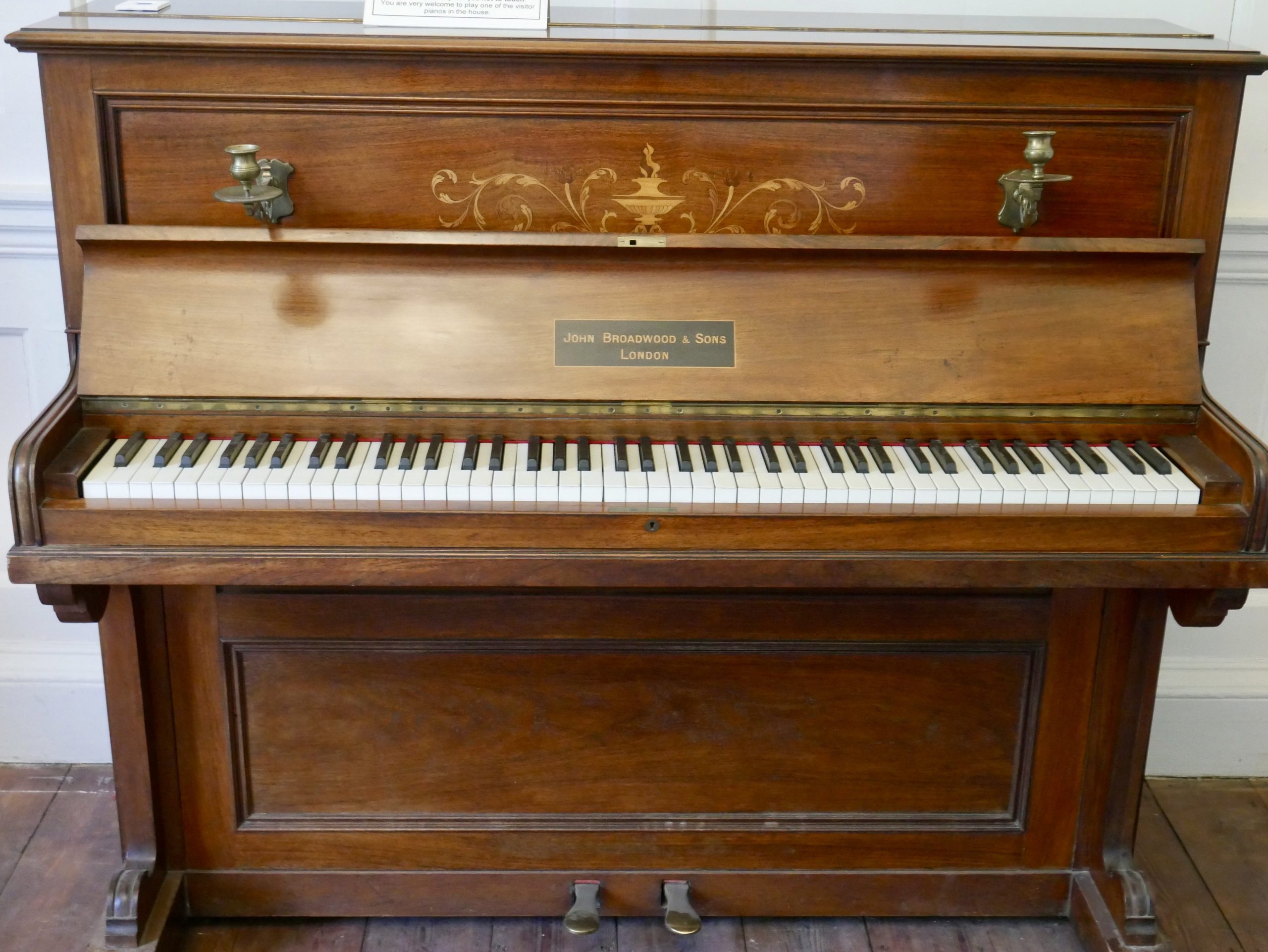 Regular readers will know that stops for coffee or tea and cake are an important part of any cultural jaunt for me.  From the moment that you step foot inside Leith Hill Place, even the most sublime music must compete with the most marvellous smell of baking.  Just as the house itself is no ordinary National Trust house, so the cream tea is no regular National Trust tea.  No special kitchens here, just the old kitchen with an elderly but enormous Aga out of which come the most delicious scones cooked by volunteers.  There is no set price for your tea, rather a suggested donation and a large box to put your donation in.  £1 is suggested for a cup of tea and £4 for the full cream tea.  Your tea and scones (other cakes are available) are served on old mismatching bone china, recycling at its very best.  On sunny days you can take your tea sat on the lawn with the Surrey countryside stretching out before you or on colder days you can sit inside.  Either way there will be somebody playing the piano that will either waft out of the open windows or seep in from the next room. 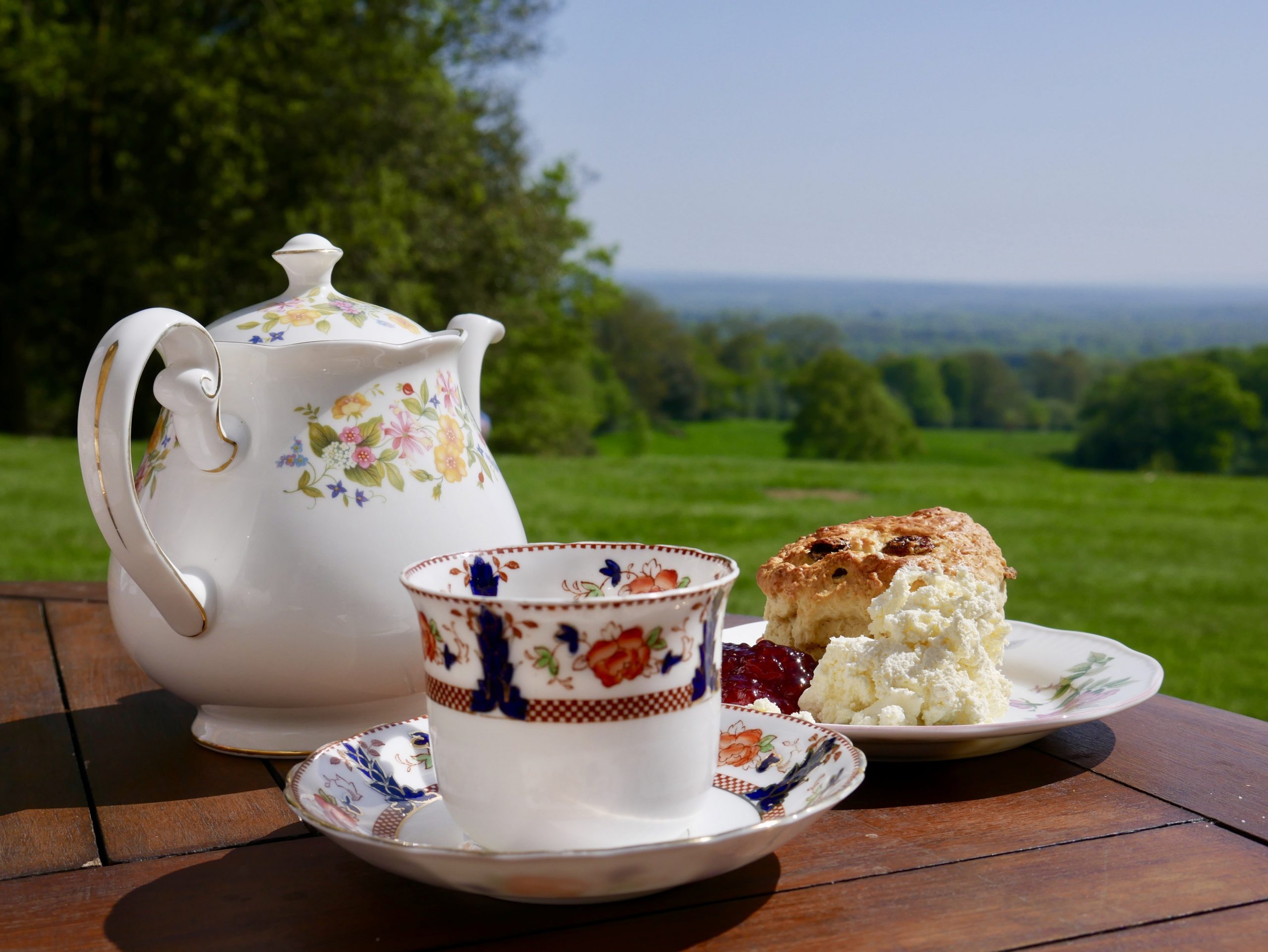 CHARLES DARWIN and the WORM STONE

Before Charles Darwin set sail on The Beagle and came up with his theory of evolution he was fascinated by earthworms.  At a time when everybody thought they were insignificant creatures he thought that they were important creators of soil structure and probably responsible for the burying of archeological remains.  Just below the house used to be a limekiln.  It was knocked down 35 years before Charles Darwin got to know the site but some of the stones remained and he noticed that they had begun to sink.  Charles got is niece Sophy to make careful measurements for him.  At the same time he had a stone made and installed at his home Downe House in Kent and made measurements there too.  Finally after more than forty years of research he published ‘The Formation of Vegetable Mold, Through the Action of Worms: with observations on their habits’, despite its snappy title it was very popular and sold thousands of copies.  It was to be his last book as he died six months after publication. He worked out worms bring 15 tons of soil per acre to the the surface each year and that a 25 centimetre thick stone would take 250 years to be buried.  The stone is now pretty flush with the ground, his theory looks to be right! 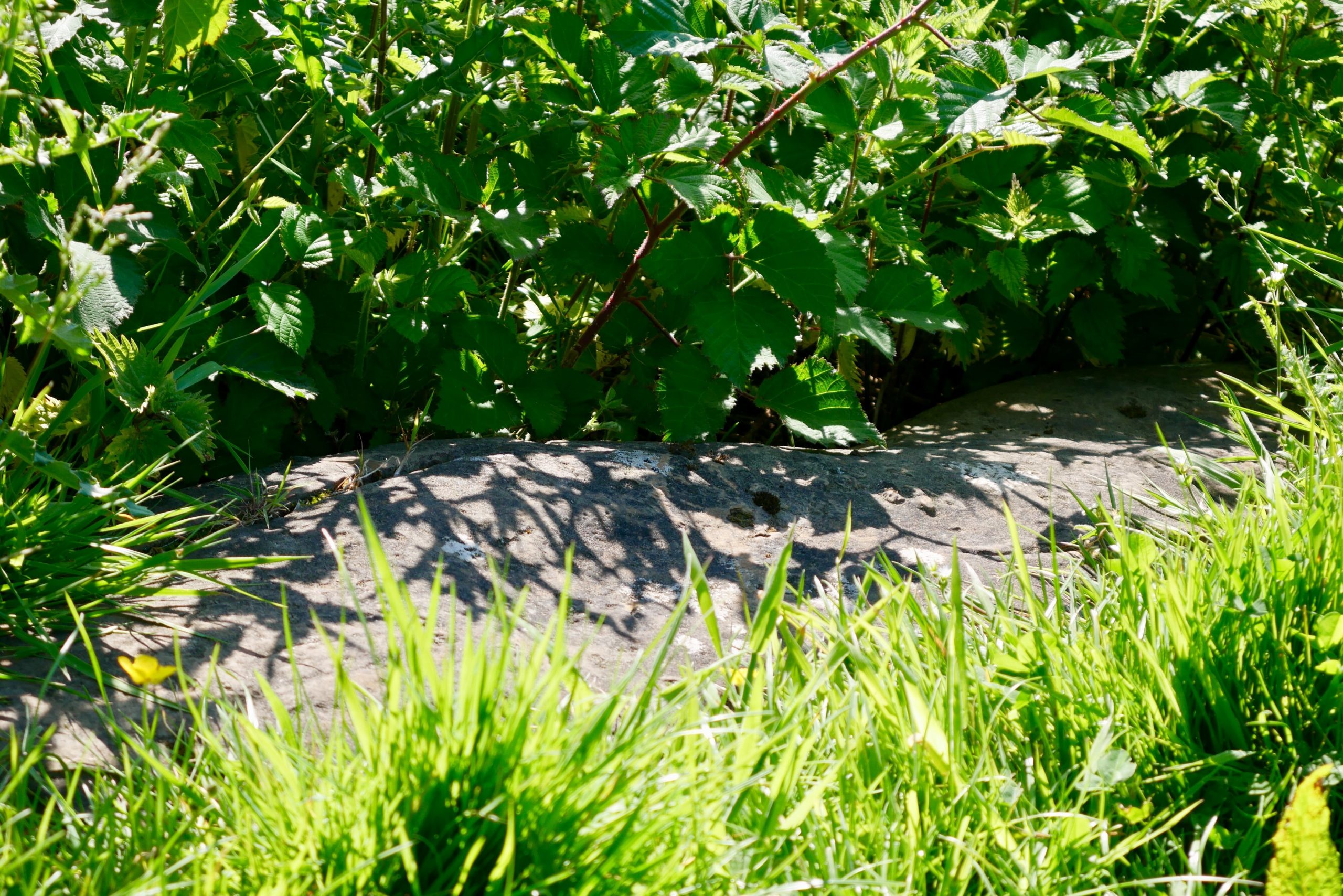 CAROLINE WEDGWOOD and the RHODODENDRON WOOD

Behind the rise the ground rises up steeply to the top of Leith Hill.  Caroline Wedgwood used this space to plant many species of Rhododendron.  A walk in spring is especially beautiful when they are in flower but the whole area cries out to be explored at any time of year. 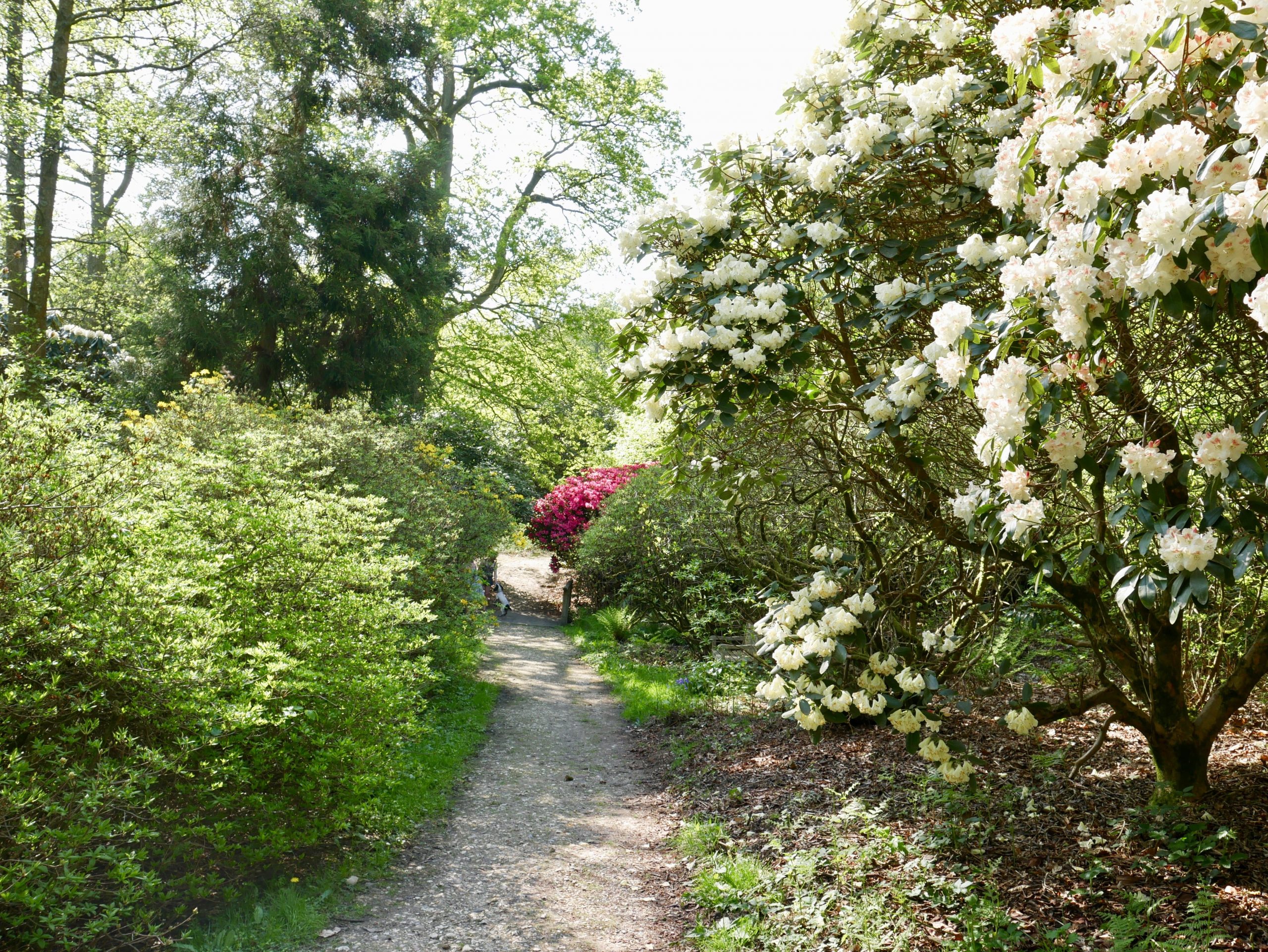 Leith Hill Place is just under a mile away from Leith Hill Tower, the highest point of Surrey with views stretching from The Shard in one direction to Brighton in the other and is perfect walking country.  There are many paths with can be discovered with an Ordnance Survey map or to make things easier the National Trust have way marked four loops varying in length from one mile to two and a half.  The Woodland Trail starts in the Rhododendron Wood carpark (which is the place to park when you visit Leith Hill Place) and circles the house taking in Leith Hill Tower and the Worm Stone, the perfect Surrey dog walk. 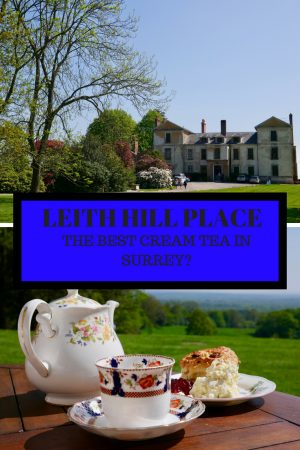