Every year since the junior CW’s arrived on the scene we have headed off to a beach, usually a Breton one, at the end of July.  This year however we have embraced the spirit of the Tour de France and aim to cycle round  Lake Constance passing through Austria, Switzerland and Germany on our way.  We looked at many ways of achieving this and in the end opted for a package from Headwater that includes bike hire and (most importantly) luggage transfer between hotels.

Wagnerian thunder and torrential rain accompanied our journey to Bregenz at the western end of the lake.  Thankfully precipitation had ceased when we collected our bikes.  We were shown how to mend a puncture and had a quick whizz round the car park before heading back for dinner at the Hotel Weisses Kreuz and an early night.

Dark skies and a steady drizzle awaited us as we loaded our panniers and set off on our 41 kilometre first day of pedalling.  It is traditional to circumnavigate Lake Constance in a clockwise direction and so we headed west.  We had only gone a few hundred metres when the sound of singing reached our ears.  Every year in July Bregenz stages an opera, on a stage that floats on the lake, this year it is the turn of The Magic Flute.  We took a quick look at the impressive stage set and headed on our way. 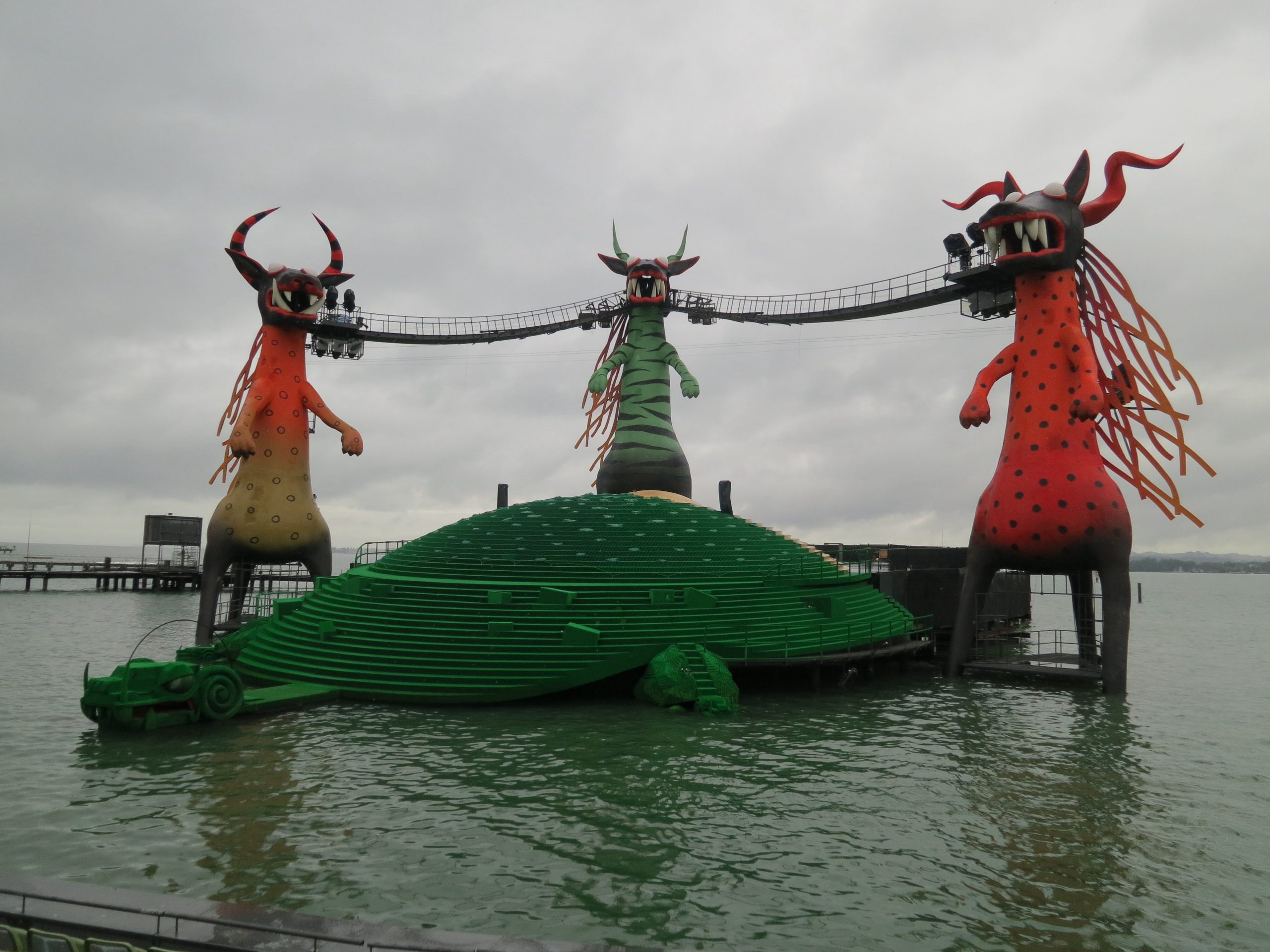 Our route took us through the Rhine delta, I have never thought of there being deltas on lakes before but why not.  We crossed over many channels, all called the Rhine, and cycled through glorious marshland.  The information boards promised kingfishers but we didn’t see any: we did however see a stork!  Swallows wheeled and dipped all around us as we followed the signs with blue wheeled cycle that showed us the way. 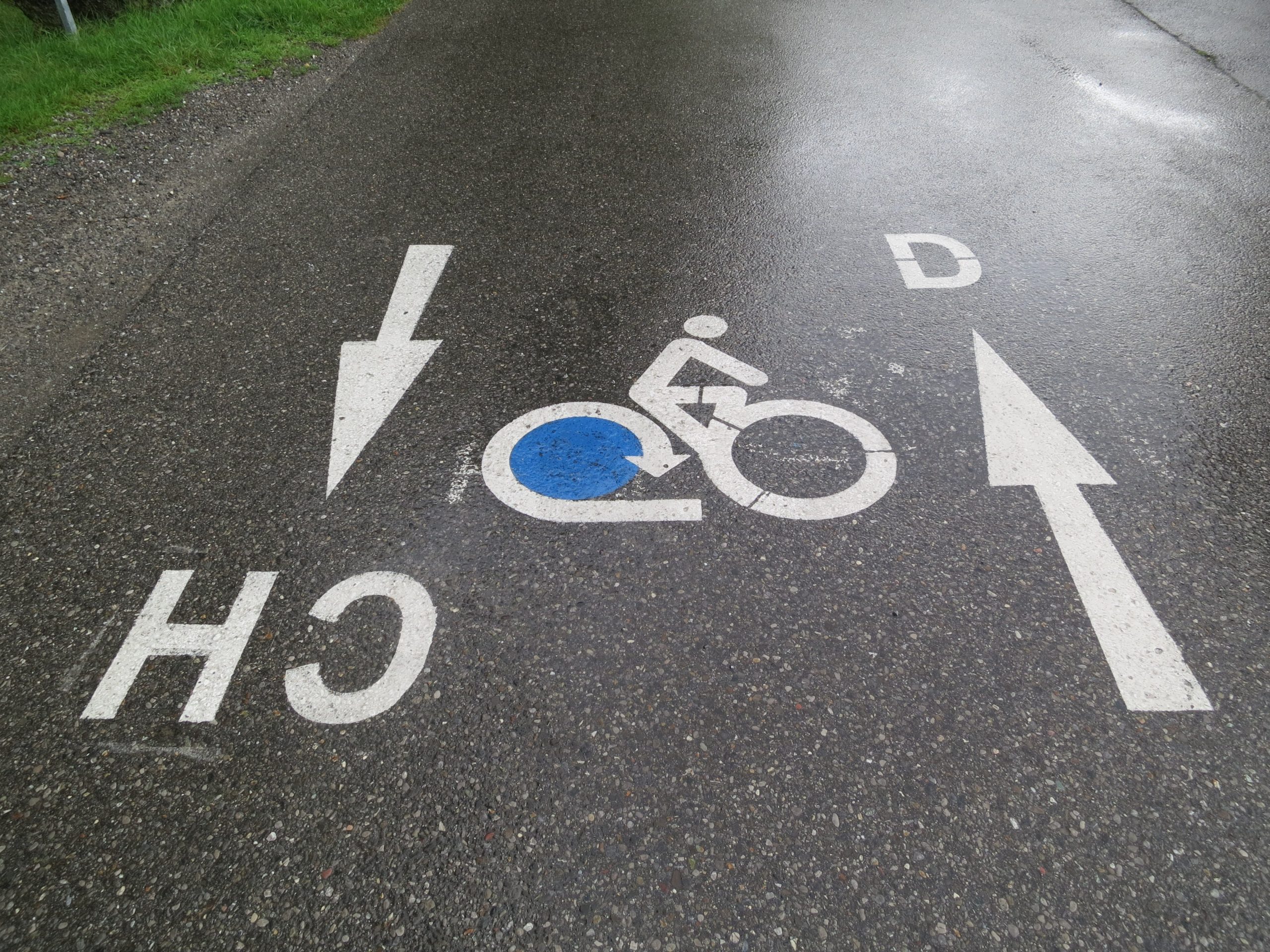 The final Rhine crossing took us into Switzerland and toward Rorschach.  It had been our intention to forage for lunch in Rorschach but opposite the railway station stood a glittering glass building offering free entry to Premiere exhibition at the new  Würth Collection. Obviously this was too interesting for Cultural Wednesday to just pedal by, especially as they have a cafe.   Würth make tools and parts for things, they also have an amazing art collection that they display in 15 of  their offices around the world: this one is the newest.  The junior CW’s saw their first Picasso, Hockney’s East Yorkshire trees are here, Cologne Cathedral is depicted by Warhol and we all spent a lot of time in front of a Munch entitled ‘Mystery of the Beach’ trying to work out what it was that we were seeing.  If you happen to be passing make sure you venture in. 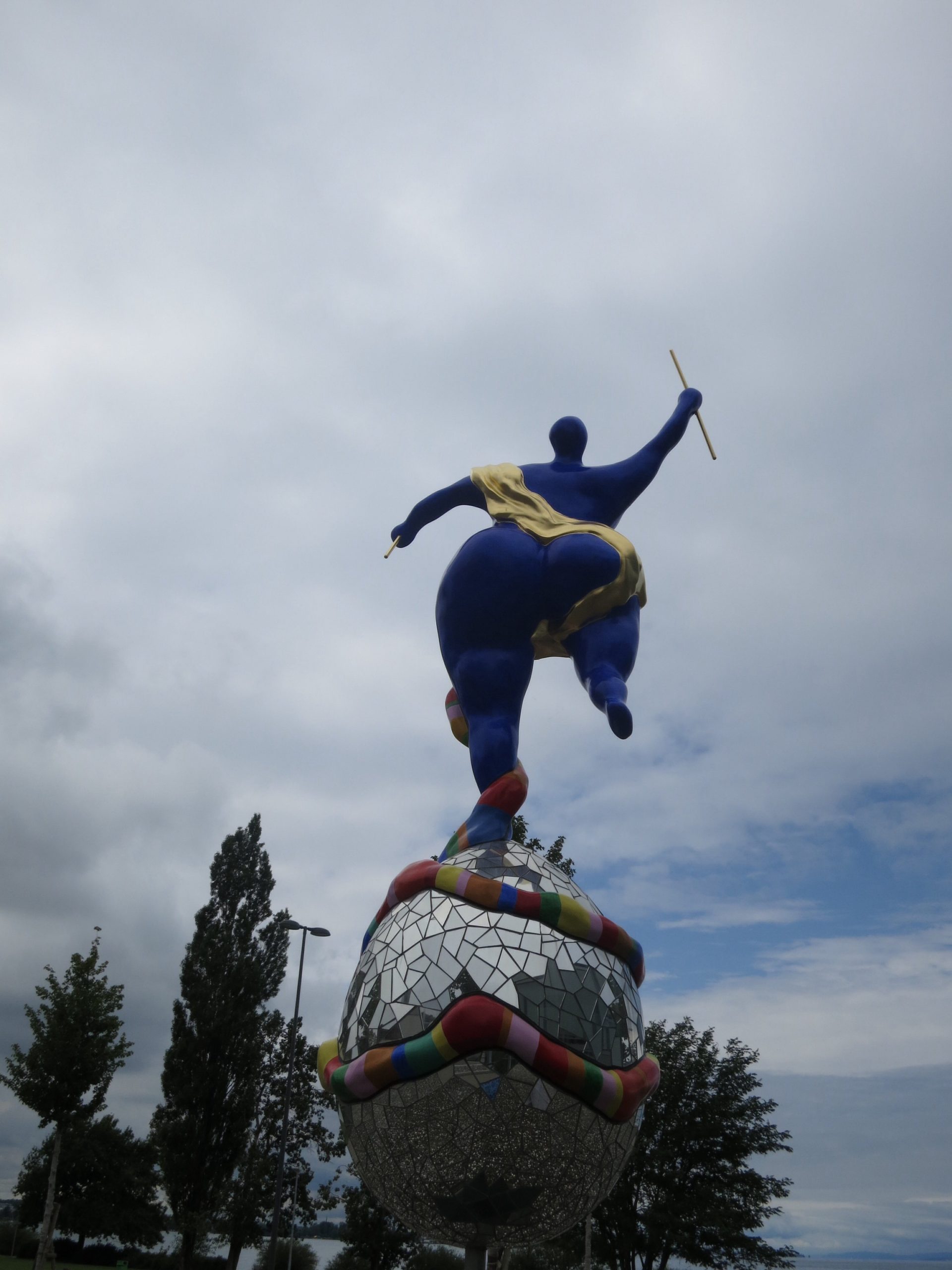 By now the rain had stopped as we pedalled along the lake front past cafés and municipal bathing beaches toward the Hotel Seegarten in Arbon.  Six hours of gentle pedalling including a generous lunch stop has left us ready for a rest but not unduly puffed out.

My oldest son wrote his own blog post about our journey round Lake Constance, click here to read a 10 year olds view on the holiday