Flaming June, star of countless posters, mugs and mousemats has come home.  She has had a bit of journey but for the next few months she’s back in South Kensington with the chums that were created at the same time.  Lord Frederic Leighton sent six paintings to the 1895 Summer Exhibition at the Royal Academy.  He was the Academy’s President, so no nervous nail-biting to see if the Committee would hang them.  All six of them had been painted in his studio in the previous months and just before they went out into the wide world he took a picture of them all. 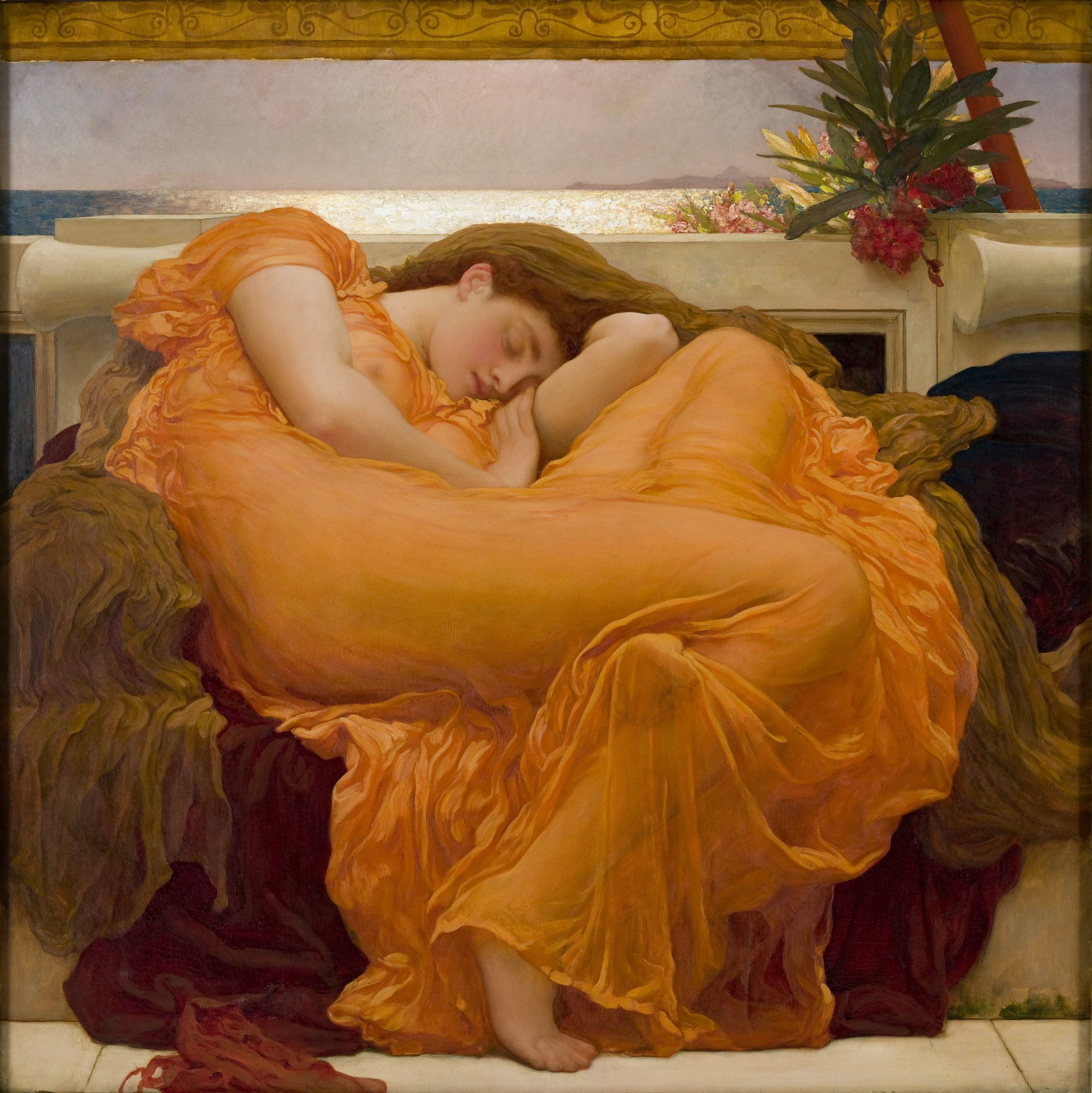 Flaming June is now his most famous painting.   Right from the start she was copied, her first owner was The Graphic magazine which made a high quality reproduction as a Christmas giveaway.  Then she fell out of fashion and nothing more was heard of her until she was uncovered from a fireplace in Battersea and taken to a junk shop.  It was there that a young Andrew Lloyd Webber was capitivated by her and ran to ask his Grandmother to lend him the £50 necessary to buy her.  Grandma’s response was NO, that she didn’t want Victorian rubbish in her flat.  Following her close shave with future musical stardom, she was acquired by Museo de Arte de Ponce in Peurto Rico and there she still lives.

Now June and the other paintings sent to Summer Exhibiton that year have been reunited and hang next door to each other once again.  Well nearly all: one is missing.  Just as Flaming June was discovered behind a piece of chipboard, so might her sibling be lurking somewhere, maybe it’s time to take a close look in your attic.   Keen readers of Catherine’s Cultural Wednesdays will remember that a sketch for Flaming June was discovered in West Horsley Place, so if you look very carefully you might be lucky.

FLAMING JUNE: THE MAKING OF AN ICON