You must go to the Confluence Museum when you are in Lyon, your children will love it.  That was what most people said to us when we announced that we were heading to Lyon. Even the lady in the tourist office told us that our children would love it, but then that is her job! We had planned to arrive in style by boat, but a timetable misunderstanding saw us arriving by tram instead. 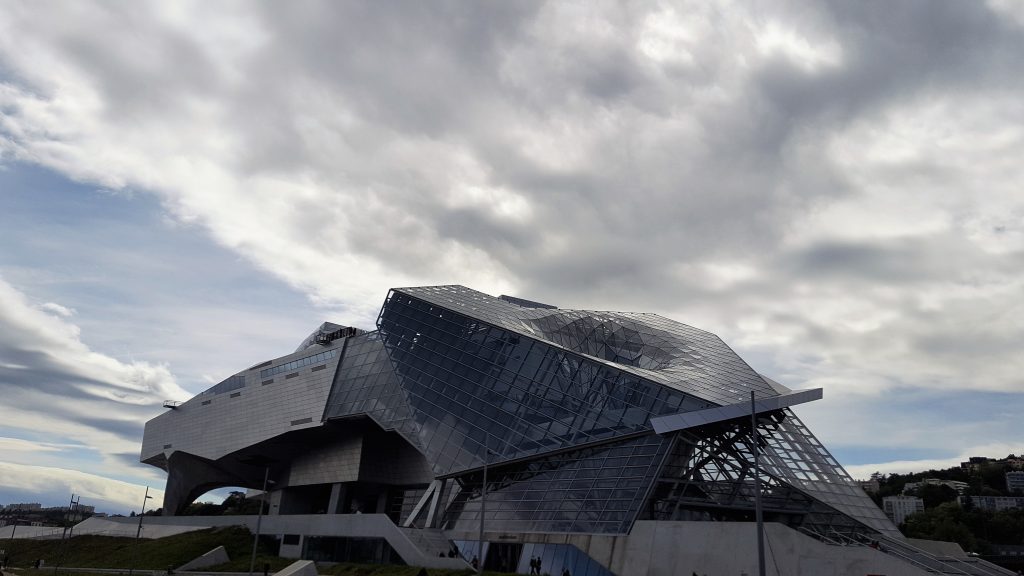 The building is the star at the Musee des Confluences, it opened in 2014 and cost £200 million, its glass curves are meant to represent clouds.  It certainly reflected the changing stormy skies when we visited.  When we arrived a long queue snaked into the distance, full of other parents and their children.  We had a Lyon City card and so marched straight in, worth the price of the card itself!  Inside you are greeted by a choice of wide and inviting staircase or a wide spiral ramp that takes you up and round.  The interior is every bit as stunning as the exterior. 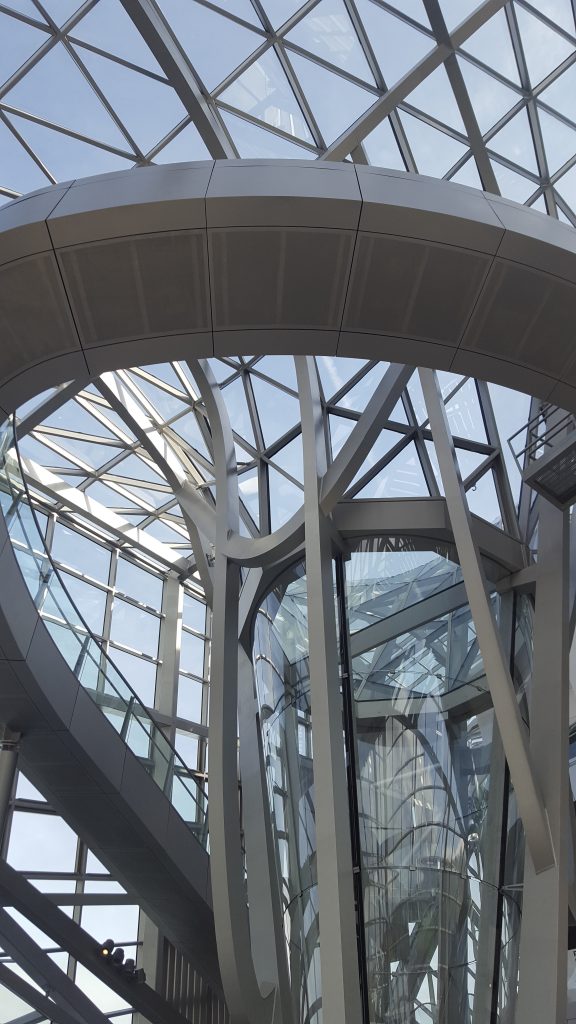 What about the exhibits?  You need to climb high up those stairs to find the three main galleries.  Each one poses a question: Where do we come from? Who are we? What do we do? The questions provide little clue as to what you will see inside.  Stuff is the answer.  Much like the Castle Museum in Norwich when I was a child the Musee des Confluences has stuffed animals, shells, things of local interest and manufacture and objects of general interest.  The jacquard loom, forerunner of programmable computers, was invented in Lyon hence its display.  Quite what the neighbouring selection of pressure cookers had to with anything remains a mystery to me! 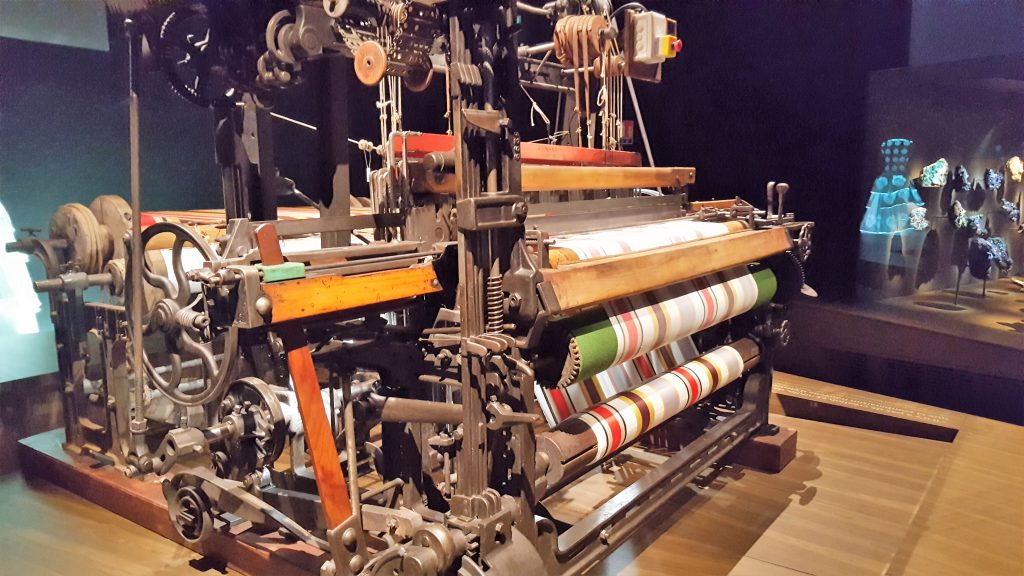 Who are we?  Explores themes of biodiversity and evolution.  Stuffed, animals, dinosaur skeletons, shells, birds and butterflies are the order of the day.  They are all stunningly displayed, so much more interesting to look at than the cases of butterflies at Norwich Castle Museum.  There is also masses to look at, everything is labelled in French and English ensuring that you know which dinosaur you are looking at.

Look up and you might see a satellite, look over there and there is a row of Egyptian funerary jars, look down and there is a 1000 year old Peruvian mummy.  Everything is interesting, even the pressure cookers.  Most of all it is beautifully displayed, this Sphinx would be interesting on any old base but it takes on extra glister when placed on a mirror. 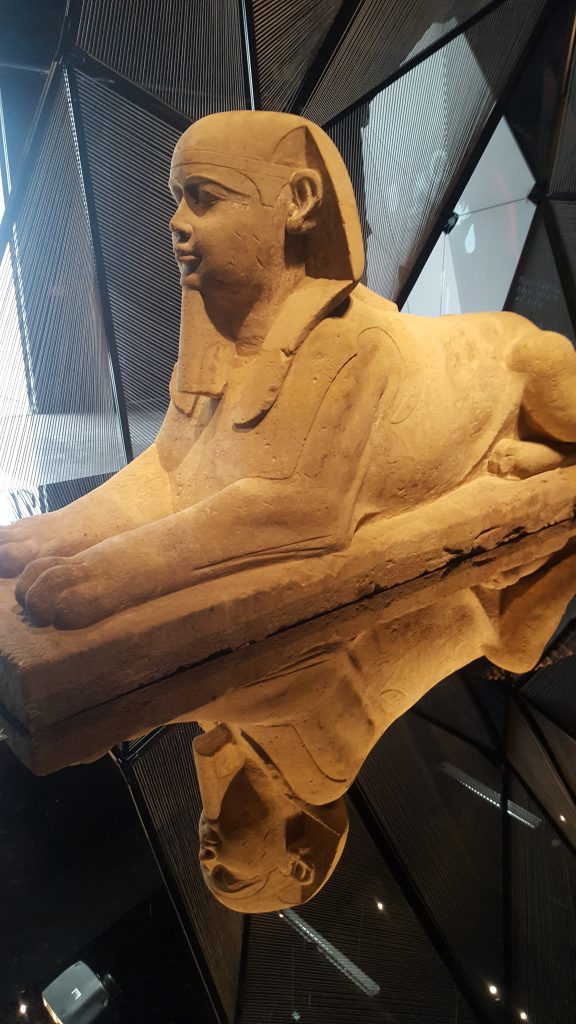 No museum is complete without a café.  At the Musee des Confluences its right at the very top of building all the better to take in that stunning architecture. Tear your eyes away from the structure to take a look at the confluence of the Rhone and the Soane rivers that gives the museum its name. 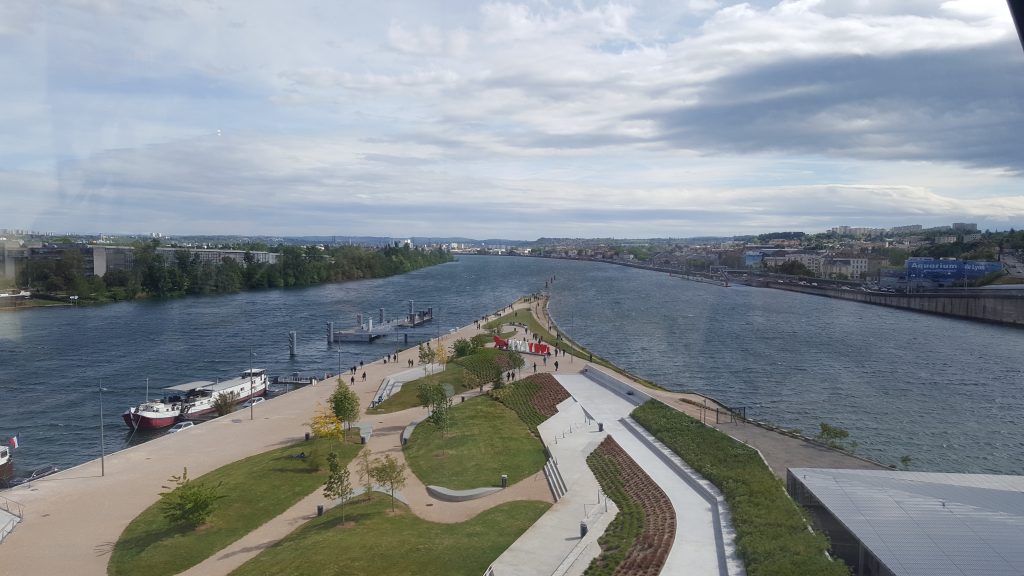 So were all those people right to assume that the Junior CW’s would enjoy Musee des Confluences?  Yes!  It would appear that cutting edge architecture and good old fashioned stuff make for a good day out.

For more ideas about what to see in Lyon with teens click here. Whilst we were out and about in Lyon we spotted lots of street art which you can read about here. 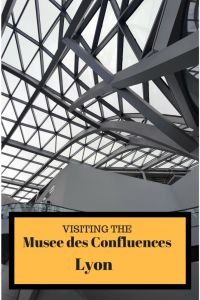