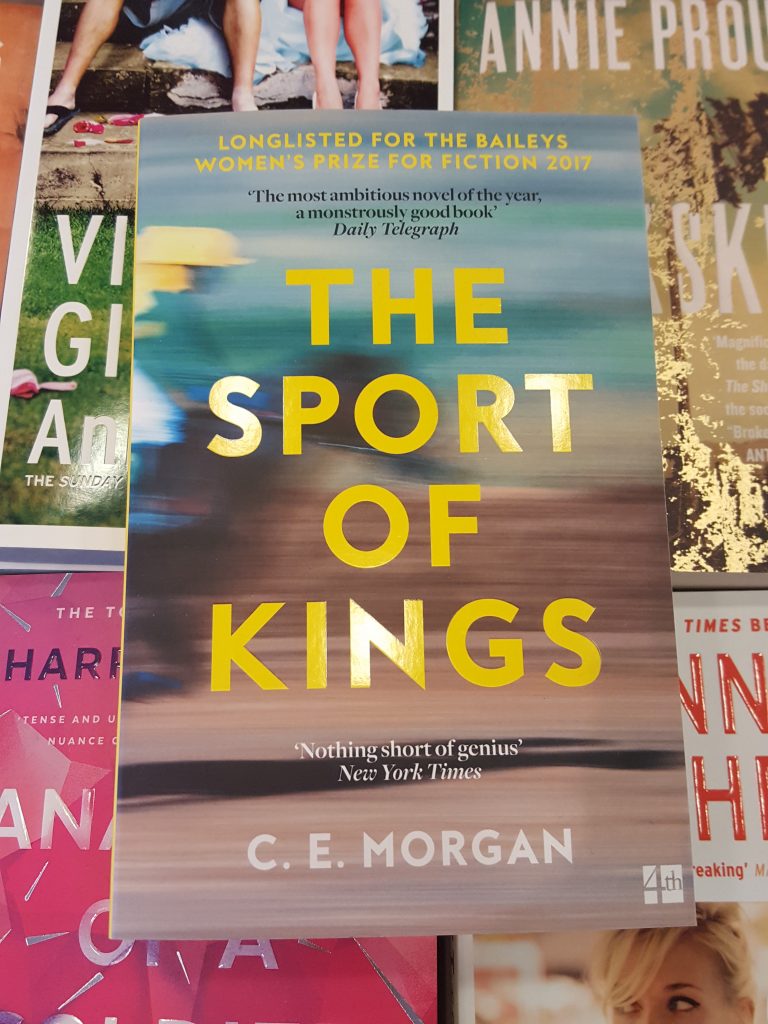 THE  SPORT OF KINGS is a heavy book in all senses of the word.  Its page count of 560 makes it one to read on the Kindle or investment in a really large handbag to carry it around in.  The page count may be high but the chapter count is not, there are just six of them and five teeny tiny interludes.  I don’t know about you but I quite often put a cap on my reading as the end of the next chapter, not an option that is viable with THE SPORT OF KINGS as you would be tethered to your armchair or train seat for hours at a time.

Away from the physical book and into the plot ….. THE SPORT OF KINGS is set in Kentucky, which I always assumed to be part to the ‘South’ but now know that whilst it is in the Southern half of the USA it isn’t technically one of the ‘Southern’ states.  Much in the novel hinges on this subtle difference.  Proceedings kick off in the 40’s when we meet Henry Forge, son and heir of the rich and powerful Forge family.  He is the son of dysfunctional parents and his major act of rebellion is to turn his estate over to race horses as soon as his father is dead.  From now on we are treated to detailed and lyrical descriptions of all things equine.  Henry has a daughter Henrietta, who as an only child will inherit the family wealth.  Next we meet Allmon Shaughnessy who’s background is as poor as Henrietta’s is rich.  The scene is set for violence, love, lynching and incest all against the backdrop of beautiful highly strung horses.

THE SPORT OF KINGS is not an easy book to read.  Some of its themes are deeply disturbing and yet it is a good book to read.  Some of those disturbing themes had never crossed my mind before, or if they had I had glossed over them.  As the end of the book neared I stayed up way into the night to find out what would happen.  The ending still has me puzzled.  I don’t understand the ultimate motivations of the two main characters as they rush toward the final pages.  That having said I did enjoy the journey.

DISCLAIMER: I was sent an ARC by Fourth Estate via NetGalley in return for an honest review.