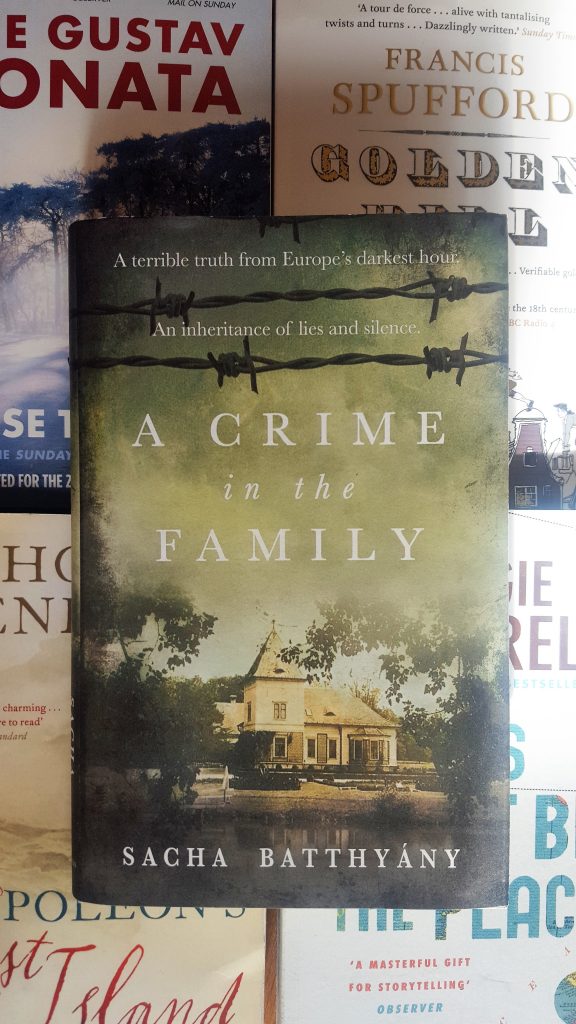 Sacha Batthyany is a Swiss journalist with an aristocratic background.  He like, millions of others, is the grandson of people who were displaced and dispossessed by the second world war.  One quiet weekend shift he discovered that his great aunt was suspected of involvement in a mass killing of Jews right at the end of the war.  This stunned him, nobody in the family had ever mentioned anything about the accusations.  Now he started to ask questions.

Soon the questions went beyond the massacre of 180 people at Rechnitz and onto what had happened to his own grandparents during the war.    Both his grandparents came from illustrious Hungarian families, they lived in a castle.  His grandfather fought in the war and was then captured by the advancing Soviet troops.  At the end of the war he was kept in Siberian gulags for ten years before being released back to his family now stripped of their land and wealth.  the family left Hungary and were taken in by the great aunt on whose estate the 180 people were shot.

Batthyany’s father handed over his mother’s diaries, that she had requested be destroyed after her death.  These turned out to be less of a diary and more of a constant rewriting and trying to make sense of murder of the Jewish shopkeepers who lived in her village.  They were shot in front of her and their nature of their death covered up.  This is the crime that the title refers to and not the massacre.

The exploration of his families past causes Sacha Batthyany to question how he comes to terms with the deeds and displacements of his forbears.  Conversations with his therapist pepper the text.  He tracks down the daughter of shopkeepers, who by some miracle survived Auschwitz, and visits her in Argentina.

I’m glad that I have read ‘A Crime in the Family’, I had no idea that citizens of the countries that Soviet Union conquered were carted off to the Siberian gulags.   But I was left with a lot of questions.  Is it really possible that a journalist equipped with an enquiring mind didn’t think to enquire about his very famous family before it was forcefully bought to his attention.  The great aunt, who he saw at least twice a year, was one of the richest women in Europe, his grandfather worked in a very senior position at one of her families factories.   Even I, who am in no way related, have heard of the Thyssen, Batthyany and Esterhazy families.   That his grandfather suffered terribly at the hands of the Soviet Union is in no doubt.  The role of his great aunt is altogether hazier.

DISCLAIMER: I was sent a review copy by Quercus in return for an honest review.

A CRIME IN THE FAMILY by Sacha Batthyany
Published by Quercus
Hardback £16.99, Kindle £8.49