Exploring Langley Vale Centenary Wood is what I have enjoyed most during lockdown. If you are looking for somewhere new to explore off the beaten track and yet within the M25 Langley Vale Wood is perfect. Even better as it is so new the crowds have yet to discover it.

About the Langley Vale Centenary Wood

Langley Vale Centenary Wood is one of four woods across the UK planted by the Woodland Trust to commemorate the First World World. It spreads over 640 hectares, that’s a big space. Parts of the site are ancient woodland, that means they have been woods continuously since at least 1600 and probably before that. Others are coppiced, that means the trees are regularly cut to provide wooden stakes and the rest of land was farmed. Since 2014, 100,000 trees have been planted to create new woodlands.

Why plant the wood at Langley Vale? Peaceful though the landscape is today, back during the First World War it was the site of Tadworth Camp. New recruits came here to learn soldiering. It was a vast sea of tents, at its peak 8,000 soldiers were billeted here. There were actually eight sites making up the camp and here they learnt the basics of trench warfare in specially dug trenches, shooting on the rifle range and how to protect themselves against a gas attack.

What to see at Langley Vale Wood

Trees. More than trees, of course. Thousands of trees have been planted but there are meadows, ancient tracks and sculptures to discover.

Trees and sculptures come together to form one living art work in the Regiment of Trees. 80 trees have been planted in a grid with stone soldiers taking the place of some of the trees. Regiment of Trees is planted to commemorate the day that Lord Kitchener came to Epsom Downs to inspect the troops with his French counterpart Alexandre Millerand. Rather unfortunately the snow was a foot deep on on the appointed day. Soldiers had got up at 4am and marched without breakfast to be in position on time. Delayed by the snow Kitchener didn’t arrive until 11am when some of the soldiers had passed out with hunger. The soldiers are carved from Hill House Edge Sandstone by Patrick Walls and are stunning. I look forward to seeing the trees grow and seasons change.

The Battle of Verdun was the longest battle of World War One, it started on 21 February 1916 and rumbled on for 300 days. 800,000 men lost their lives. At the beginning of the conflict the Verdun area was carpeted with oak and chestnut forests that were largely obliterated. Some soldiers bought home acorns and planted them at home. The Woodland Trust has tracked down those Verdun Oaks, collected the acorns and planted the descendants to create a new wood of Verdun Oaks.

It’s not all woodland trees in the centenary wood: a selection of apple, pear, cherry and plum trees have been planted in the Sainsbury’s Community Orchard. Volunteers will help tend the trees spreading the knowledge of pruning and fruit tree care. I particularly love the rather fine insect hotel.

Leading up to the orchard is a Cherry Avenue, again sponsored by Sainsbury’s as a memorial to all those Sainsbury’s staff who lost their lives in the Great War. At the moment the cherry trees are protected from nibbling deer by large crates that have panels on them telling the stories of the men who trained here.

Eight acres of the centenary wood is devoted to the memory of the 6,097 members of the Royal Navy who lost their lives in the Battle of Jutland. A sapling has been planted for every one of the lives lost and in addition 14 slightly larger oak trees have been planted to represent the British warships lost in the battle. Jutland Wood has been planted in waves to represent the sea and divided into four groves. Each grove is named after recipients of the Victoria Cross from the Battle of Jutland.

Whilst you wander round the beautiful wood remember all the men and that most are not named. Here are the stories of the four Victoria Cross holders: Rear Admiral The Hon Edward Stewart Bingham, was a commander in the battle on HMS Nestor which was sunk, he was then picked up by a German destroyer and spent the rest of the war as a POW. Boy John Travers Cornwell was 16 years old and on board HMS Cheste., With every other crew member killed or mortally wounded, he stayed on board awaiting instructions. He was taken off the ship but died of his wounds shortly afterwards in Grimsby Hospital. Major Francis John William Harvey was a gunnery expert serving on HMS Lion, he was severely wounded and in the final moments of his life ordered his magazine to be flooded preventing it exploding and saving the ship. Commander Loftus Williams Jones was onboard HMS Shark, the ship came under heavy attack and his leg was blown off: he continued to fight but was eventually sunk with his ship.

In the summer the fields where the new trees are planted become a sea of flowers. Ox-eye daisies and poppies are far as the eye can see. You know that there are thousands of trees there but the eye just sees flowers.

As you walk around the woods there are numerous benches on which to sit and rest. Some of them are carved ornately and certainly add to their restorative powers.

What to do at Langley Vale Centenary Wood

Enjoy the great outdoors! I am lucky to have the woods on my doorstep and they are the perfect place to walk at all times of year.

Not all the woodlands in the century wood are new, some are ancient. To be defined as ancient woodland has to have been in place since at least 1600 and most are far older than that. Great Hurst Wood, Little Hurst Wood and Downs View Wood are all ancient. These are the best places to find bluebell woods in Langley Vale.

Don’t forget to bring your binoculars as Langley Vale Wood teams with birds. The most exciting birds that we have seen include treecreepers, swallows, greater spotted and green woodpeckers and red kites. Friends have told me that they have heard a cuckoo but I haven’t been that lucky yet. Check out the Woodland Trust page for the full run down of feathered friends to see.

Bridleways and footpaths run along the edge of the wood and across the middle. If you are on a bike or a horse remember that bridleways are for you and pedestrians and that footpaths are only for those on foot. The Woodland Trust is also creating a network of permissive paths to explore deep into the woodland. National cycle route 22 crosses the wood.

One of the bridleways is called Sheep Walk and as you walk or ride along it you are following in the footsteps of shepherds and sheep (as the name implies). During Tudor times the wool trade expanded greatly in Surrey and a network of droving lanes across the Downs was set up to enable the sheep to get to market. Sheep Walk is one of them, close by is another bridleway called Shepherds’ Walk this area must have been alive to sound of bleating sheep.

As the woods are still being planted, an up to date map of all the paths is yet to be made. Here is the Woodland Trust’s latest map with some additions of my own, all the red words are mine. The paths that criss-cross Epsom Downs are easy to spot and clearly marked on Ordnance Survey maps.

Drumroll please … I have worked out how to record my walking routes and share them with you. Here is the walking map from the Tea Hut car park on Epsom Downs to the statues and back.

How to get to Langley Vale Centenary Wood

Langley Vale Wood is just outside Epsom. Epsom can be found eighteen miles south of the centre of London and just inside the M25 at junctions 8 and 9. At the moment there is no parking on site at Langley Vale Wood, planning permission has been granted but it will be at least 2021 before it opens. You can access the wood via several public footpaths. Parking can be tricky so the best place to park is Epsom Downs. There are car parks at Tattenham Corner (known as the Tea Hut car park) and in the middle of the racecourse (known as the 7th Furlong car park). I reckon that a walk from the Tea Hut car park taking in The Regiment of Trees, Cherry Avenue, Community Orchard, Jutland Wood and Sheep Walk is about five miles. Set your sat nav to Epsom Racecourse and once there follow Grandstand Road at the small roundabout there are the two tea hut carparks or take the road across the racetrack to the 7th furlong.

Where to eat on Epsom Downs

Picnicing is the only way to eat or drink in Langley Vale Wood at the moment. At weekends there is usually an ice cream van and of course the tea hut at the tea hut car park, both of which are open with distanced queues.

Ordinarily good food can be had at the Derby Arms and the Rubbing House pubs both next to the Grandstand. Excellent Fish and Chips can be had from the Posh Plaice in Tattenham Cresent. If your walk has taken you toward Walton on the Hill, The Village Cafe opposite the village pond provides a good pitstop.

Plans for the future

Langley Vale Wood is still a work in progress. There are still trees to be planted, a visitors’ centre and car park to build and new sculptures have been commissioned but have yet to be sited. This willow wreath created by Victoria Westaway made an appearance for Remembrance month but has yet to find a permanent home. One of my favourite things is exploring Langley Vale Centenary in different seasons to see how it changes and grows.

If you are on the look out for quiet walks with in the M25, check out this rural London walk that takes you across lavender fields. For more Surrey based art check out the incredible Watts Gallery and Memorial Chapel just outside Guildford. 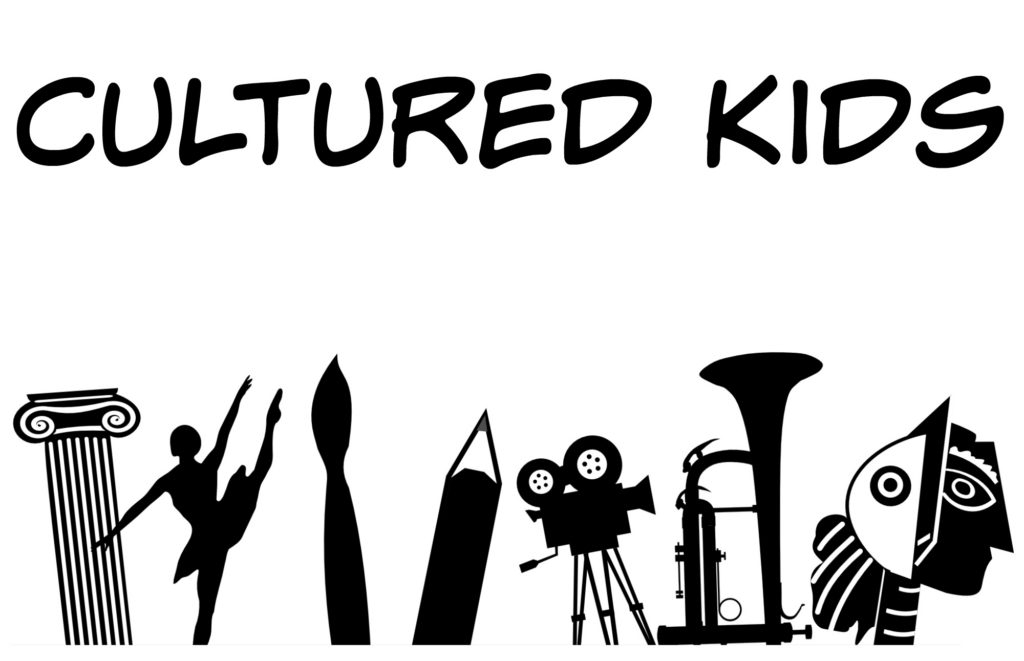