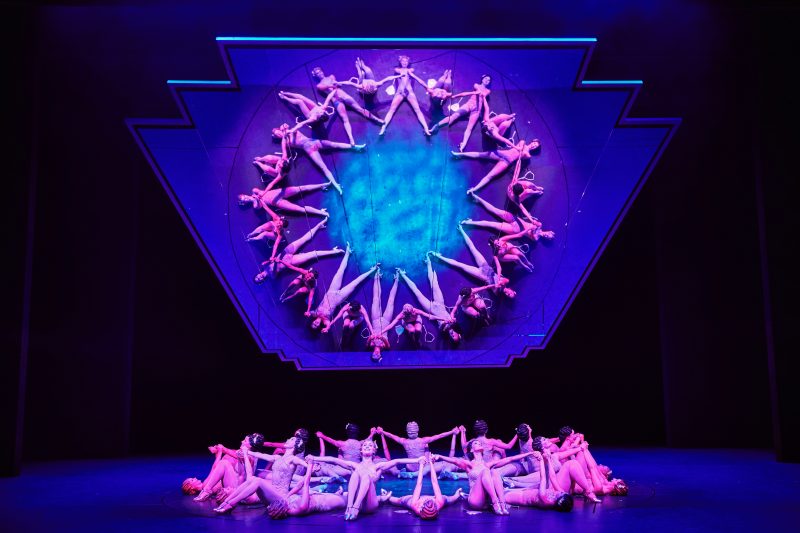 When I first saw 42nd Street at Drury Lane in 1985 my companion promptly signed up for tap dancing lessons.  It has that kind of effect.  But would the show still be as good more than thirty years later?

Hear the beat of dancing feet goes the song and that is what you get at 42nd Street.  Right from first moment as the lights dim, the plush velvet curtain raises to reveal massed rows of dancing feet.  For those of us a certain age the fact that Sheena Easton is playing the, how shall we say, senior lady lead role seems wrong.  Surely she should be the ingenue.  Time has rolled on and it turns out that she old enough to play a convincing fading star.

Even though I never signed up for tap lessons and have the syncopation of a breeze block, my toes tapped along to every number.  42nd Street does have a plot, but that plot is very much secondary to the song and dance production.  Who cares about structure when you have a Busby Berkeleyesque number complete with a reflection in a giant mirror going on in front of your eyes.

Singing is not my strong point either but I have been singing the songs ever since (in the privacy of my own home when the teens are out of earshot).  Keep Young and Beautiful is, I find, a soothing accompaniment to cleaning the bathrooms.  Whilst the Lullaby of Broadway makes the walk to the train station just a little bit livelier.

Is 42nd Street as good in 2017 as I remember it being in 1985?  Yes, every bit as good.  Thank goodness for music streaming services that make it possible to be listening to the original cast recording as I type even though my copy is long gone.

42nd STREET was on at Theatre Royal, Drury Lane